Des Moines, Iowa: The Democratic Party's search to find a presidential nominee has been derailed by an embarrassing technical error, leading to a major delay in the release of the results of the influential Iowa caucuses.

Americans went to bed on Monday night (Tuesday AEDT) unsure of which candidate had won the most votes in Iowa, the first state in the nation to have a say on who will be on the ballot in November's presidential election. 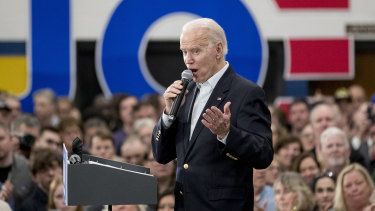 The campaign team of US President Donald Trump, who will deliver his State of the Union address on Tuesday (Wednesday in Australia), leapt upon the snafu to sow doubt about the legitimacy of the results.

"Democrats are stewing in a caucus mess of their own creation with the sloppiest train wreck in history," Trump's campaign manager Brad Parscale said in a statement.

"It would be natural for people to doubt the fairness of the process."

The latest polls had showed Sanders, a self-described democratic socialist, with a narrow lead over his rivals.

Buttigieg, 38, who was little-known outside his hometown just a year ago, essentially claimed victory despite no official results being released.

"Iowa, you have shocked the nation," Buttigieg said on Twitter. "By all indications, we are going on to New Hampshire victorious."

Sanders, meanwhile, told supporters at a rally in Des Moines that he had a "good feeling" about the results.

"Today marks the beginning of the end for Donald Trump," he said.

The campaign manager for Minnesota Senator Amy Klobuchar said on Twitter: "Big night in Iowa. With the numbers we’ve seen internally and publicly, we’re running even or ahead of vice-president Biden. Wheels up to New Hampshire!"

Biden told supporters: "We’re in a battle for the soul of the nation, folks. Everything our nation stands for is at stake."

Local Democratic Party officials urged voters to be patient and said the results had not been compromised by outside interference.

"We found inconsistencies in the reporting of three sets of results," Mandy McClure, the party’s communications director, said. 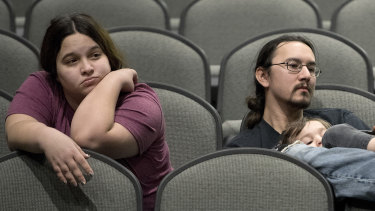 "In addition to the tech systems being used to tabulate results, we are also using photos of results and a paper trail to validate that all results match and ensure that we have confidence and accuracy in the numbers we report.

"This is simply a reporting issue, the app did not go down and this is not a hack or an intrusion.

"The underlying data and paper trail is sound and will simply take time to further report the results."

In a letter to the Iowa Democratic Party, Biden's campaign team demanded a briefing on the "considerable flaws" in the reporting process before the results are released to the public. 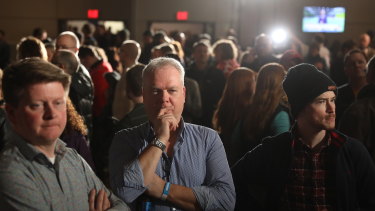 "The app that was intended to relay Caucus results to the Party failed; the Party’s back-up telephonic reporting system likewise has failed," the Biden campaign wrote.

"Now, we understand that Caucus Chairs are attempting to – and, in many cases, failing to – report results telephonically to the party. These acute failures are occurring statewide."

Iowa uses an elaborate and arcane voting system in which Democratic Party members gather in public places and huddle with fellow supporters of their chosen candidate.

If their first choice is deemed "unviable" – meaning they received less than 15 per cent of the initial vote – they can choose to walk their support behind another candidate.

New Hampshire will hold its primary on February 11, followed by votes in Nevada and South Carolina by the end of the month.

Children left orphaned after coronavirus killed their mother and father

Cottage sold by TV auctioneer for £69,000 came with only 5ft of garden