Home » World News » Slug pellets are banned, gardeners are advised to use BEER instead

They have been used against the slimy vandals of the vegetable patch since the 1940s.

But from today gardeners are banned from putting out slug pellets to tackle the pests.

Instead, they will have to rely on beer to kill the slugs that are targeting their prized vegetables and flowers. 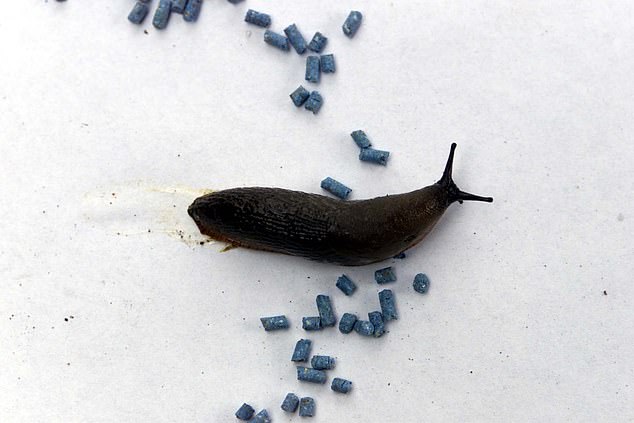 Slug pellets can no longer be used or sold in the UK, as they can poison other animals like birds and dogs 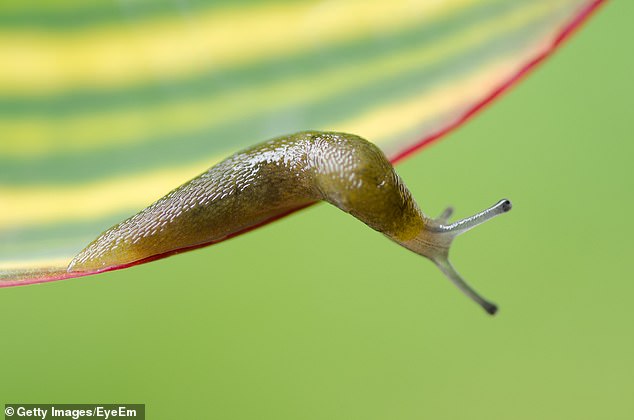 Recently slugs and snails were no longer classed as pests by the Royal Horticultural Society, as they help to recycle dead leaves and other plant matter

Metaldehyde slug pellets can no longer be sold or used in the UK because they can poison birds and other animals that eat the creatures such as dogs.

Experts from horticultural charity Garden Organic say that slugs’ love of lager makes the drink the tastiest way to trap them.

Slugs are 64 times more likely to be caught in a trap containing lager than water, an experiment by the charity found.

Bitter is 53 times more effective than water and the gastropods will go for any beer brand, researchers found. But they will reject other alcohol including red and white wines, Cava and cider. 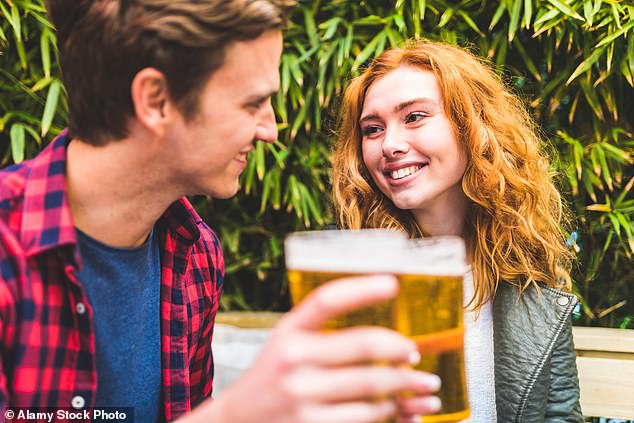 The smell of lager and bitter attracts slugs and can be used to trap them, as an alternative to slug pellets which have now been banned (stock photo)

The charity’s head gardener, Emma O’Neill, said: ‘Slugs love lager. Many gardeners know that slugs are confirmed lager louts and their love of this tipple can certainly distract them from your plants. The smell of lager and bitter really seems to attract them.’

The charity also suggests using copper tape to protect plants from slugs or luring them underneath an old roof tile with a piece of lettuce. It recommends raised beds and containers to deter slugs, which tend to love munching hostas and delphiniums while leaving foxgloves and geraniums alone.

The Government was advised by the UK Expert Committee on Pesticides and the Health and Safety Executive that metaldehyde slug pellets pose an unacceptable risk to birds and mammals and a ban on their use was first announced by then Environment Secretary Michael Gove in 2018.

But the decision was successfully challenged in the High Court by slug pellet manufacturer Chiltern Farm Chemicals after the Government conceded its decision- making process had been flawed.

A new phased ban was announced in September 2020. And from today it is illegal to sell or use metaldehyde products in the UK.

Prince Harry's complaints about upbringing no different to Charles'

Man, 52, jailed for minimum of 38 years for murdering his neighbour