Smartphones make teenagers lonelier at school because they isolate young people from their friends, study shows

Today’s teenagers are lonelier at school than those 20 years ago because smartphones stop them talking with friends, a study says.

Researchers found the proportion of 15 and 16-year-olds in the UK feeling alienated among peers has tripled since 2000 to 33 per cent – one in three.

They said the rise coincides with widespread use of smartphones and social media by this age group.

Pupils are ‘conversing less’ and feeling excluded when they see online pictures of peers having fun without them. 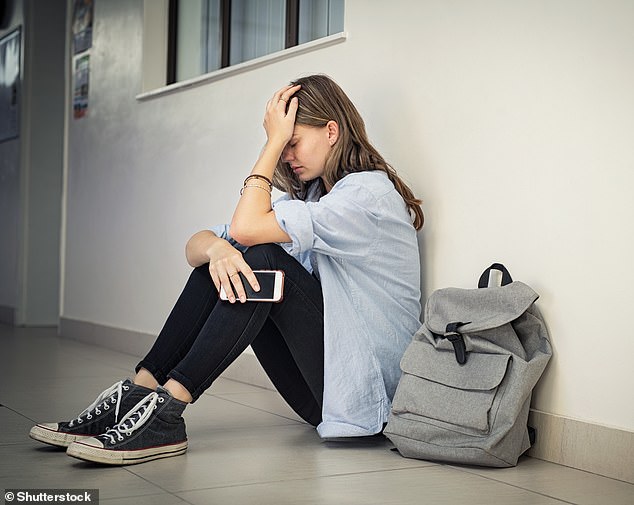 The proportion of teenagers in the UK feeling isolated from their peers tripled from the year 2000 to 2018, from 10 percent to 33 percent, according to a study from San Diego State University

Around 60,000 teenagers were included in the UK data. They were asked to rate how much they agreed or disagreed with statements including ‘I feel like an outsider, or left out of things, at school’ and ‘I feel awkward and out of place in school’.

The research team, led by San Diego State University, said school loneliness ‘is an established predictor of low well-being and depression among adolescents’. 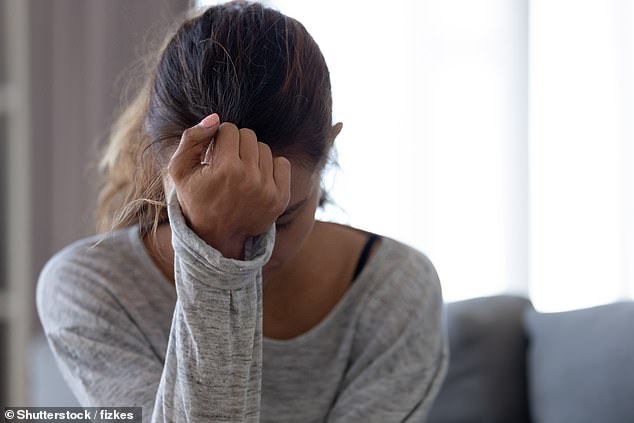 Increases in reported loneliness were higher among girls than boys, and were strongly correlated with the rise of smartphone access

The authors, who studied children worldwide, added that social media in particular is having a negative effect as it may heighten feelings of missing out or lead to cyber bullying.

Increases were higher among girls than boys.

The study, published in the Journal of Adolescence, said there was a strong correlation between smartphones and loneliness, although definite blame cannot be proven.

Researchers said adolescent wellbeing ‘began to decline after 2012, in conjunction with the rise of smartphone access’.