‘Snobbish’ attitudes that everyone has to have a degree must go so Britain doesn’t ‘fall behind’ other countries, Education Secretary warns

Britain must throw off its ‘snobbery’ towards technical courses and realise not everyone has to do a degree, the Education Secretary will warn today.

Damian Hinds says routes into trades such as construction are too often seen as ‘second class’ and only good enough for ‘other people’s children’.

In a speech to business leaders in London, he will attack those who ‘revere’ academic qualifications over technical ones.

The attitude is causing too few youngsters to train in vital practical roles despite wages often being much higher than those of graduate jobs, he believes. 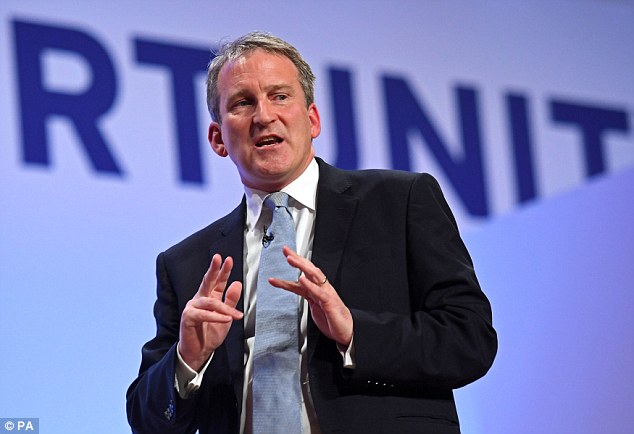 As a result, Britain ‘risks being left behind’ after Brexit because productivity is well behind other nations such as France.

Mr Hinds will also reveal the Government is considering a new raft of degree-level diplomas in lucrative technical areas such as construction, engineering, IT and manufacturing.

The courses would be developed with employers and the rigour of the curriculum would put them on an even footing with academic degrees. Mr Hinds will say: ‘As a nation I’m afraid we’ve been technical education snobs.

‘We’ve revered the academic but treated vocational as second class. Why has this been tolerated for so long? I think the reason is the ‘OPC’ problem.

For so many opinion formers, commentators and politicians: vocational courses are for ‘other people’s children’.’

During his speech, Mr Hinds will argue that the default route and measure of success for young people should no longer just be an academic one.

Unless Britain drops that mindset it will never close the productivity gap with its European neighbours, an ambition that is more crucial as we leave the EU, he will say. 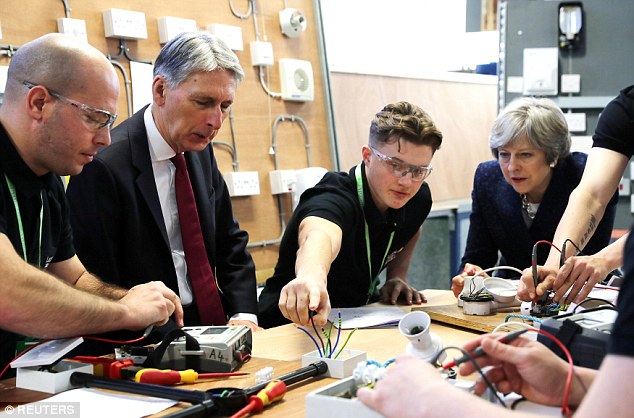 Germany, France and the US all produce over 25 per cent more per hour than the UK. If Britain matched Germany on productivity it could boost taxes available for public services by tens of billions more a year.

Mr Hinds will add: ‘We need to make clear to young people, and their parents – that a degree is not the only path to a great job.

‘I’m clear that the school that gets a young person on to a higher apprenticeship deserves as much praise as when it gets someone to university.

‘We want young people to acquire the higher qualifications that lead to high-skilled, more rewarding jobs – whether through a degree, a higher apprenticeship or higher technical qualifications.’

The Government has already created ‘T-levels’, technical alternatives to A-levels, which will be launched in 2020.

Emmanuel Macron tests positive for Covid-19 and is self-isolating