This is the breathtaking moment a snowboarder avoids being swept away by an avalanche by clinging onto a rock face.

The daredevil senses the barrage of snow coming as he glides down the narrow gully in a Utah mountain and quickly maneuvers out of the way.

In the clip taken last month, the snowboarder stops on the slope examining the dangerous conditions ahead of him. 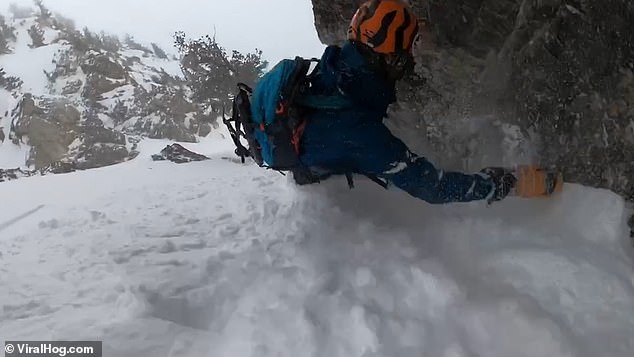 He slowly moves forward a few feet, looking around to see where to shelter.

While leaning backwards, with his hand pressed into the snow as a guide, he moves towards a large rock jutting out of the snow-covered ground.

He firmly holds onto it and within seconds the avalanche sends snow pouring down the slope around him. 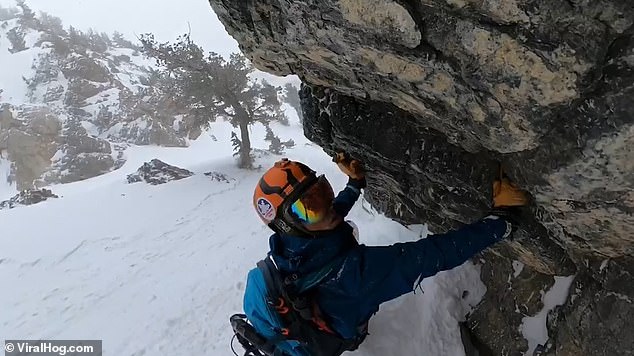 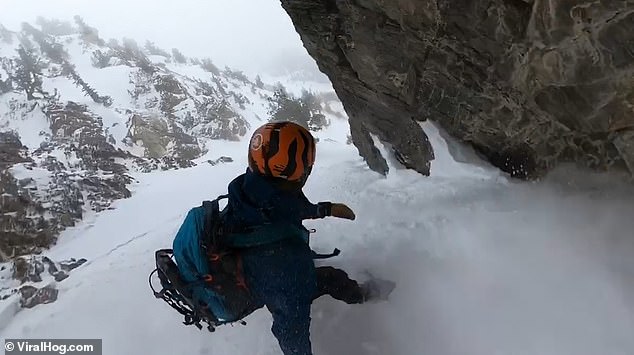 The unnamed snowboarder who shared the clip said: ‘I was snowboarding down this couloir in the Utah backcountry.

‘I had suspicions that the slope might give way, so I approached it on high alert.

‘I saw the slope fracture 200 feet in front of me and was able to grab a hold of the rocks to keep myself in place.’

Avalanches can be caused by numerous factors, including a sudden influx of new snow.

Rain can also cause built-up snow to become loose and cascade down the mountain.

Utah is on high-alert after 13 avalanches triggered by people in the last four days alone. 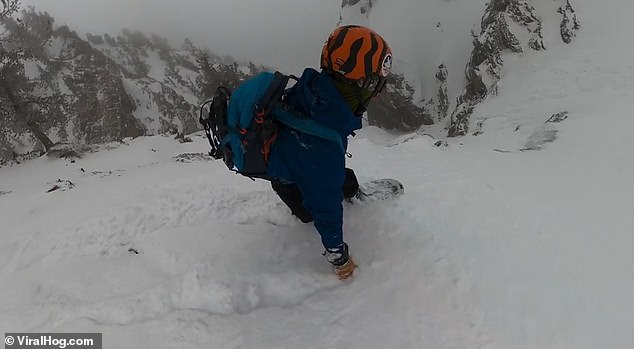 Last month, a California teenager survived nearly 30 hours alone in the Utah mountains by building a snow cave for shelter and keeping himself awake with phone alarms.

Nicolas Stacy-Alcantara recounted the frightening ordeal after he was rescued and treated for frostbite on his feet.

The 17-year-old from Fresno was visiting Utah to see an ex-girlfriend and decided to go for a day-long hike in relatively mild weather on January 2.