Stephen Flynn has been elected as the new leader of the SNP at Westminster, replacing the outgoing Ian Blackford.

The Aberdeen South MP – who was first elected in 2019 – defeated Glasgow Central MP Alison Thewliss for the top job at the party’s AGM.

He will make his PMQs debut against Rishi Sunak on Wednesday at midday.

Mr Flynn’s deputy will be Paisley and Renfrewshire South MP Mhairi Black – who takes over from Kirsten Oswald. 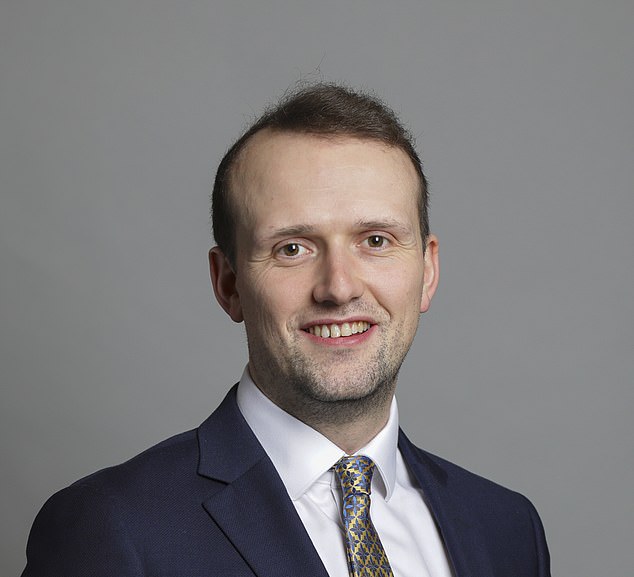 Stephen Flynn, who was first elected in 2019, replaces Ian Blackford as Westminster leader for the SNP 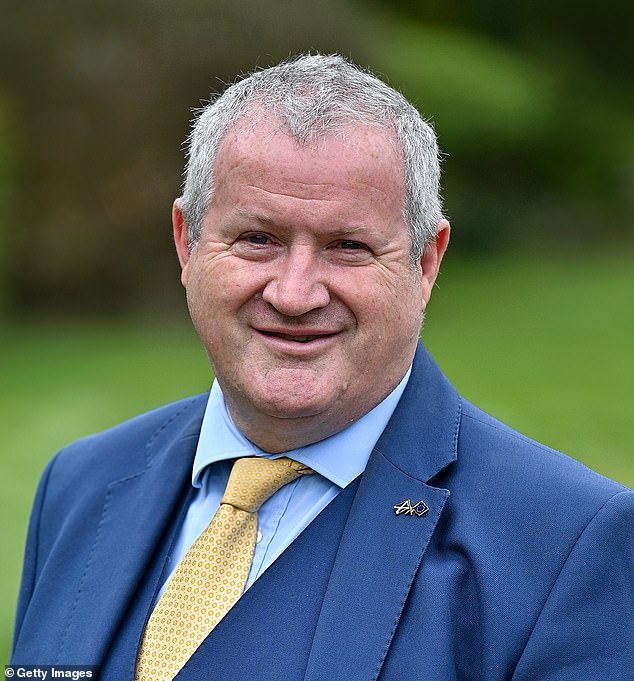 The contest was triggered by Mr Blackford’s resignation last week. The former leader will become the SNP’s ambassador to business

The contest was triggered by Mr Blackford’s resignation last week.  The former leader will become the SNP’s ambassador to business.

The party’s business, energy and industrial strategy spokesman defeated Ms Thewliss by 26 to 17 in the vote by party MPs.

He had been the only candidate expected to stand but Ms Thewliss threw her hat in the ring for the top job after reports suggested Mr Flynn would replace much of the SNP’s front bench.

It has also been suggested that he might return controversial MP Joanna Cherry, who is an outspoken critic of Nicola Sturgeon, to a more prominent role on the frontbenches.

Speaking after the announcement of his win on Tuesday, Mr Flynn said he was honoured to be elected and that he would be ‘relentlessly focused’ on getting a second independence referendum.

‘Under my leadership, SNP MPs will be relentlessly focused on standing up for Scotland’s interests and our democratic right to decide our future in an independence referendum.

‘SNP MPs will work harder than ever to hold the Tory government to account – and make the case that independence is the essential route to safety, fairness and prosperity for Scotland.’ 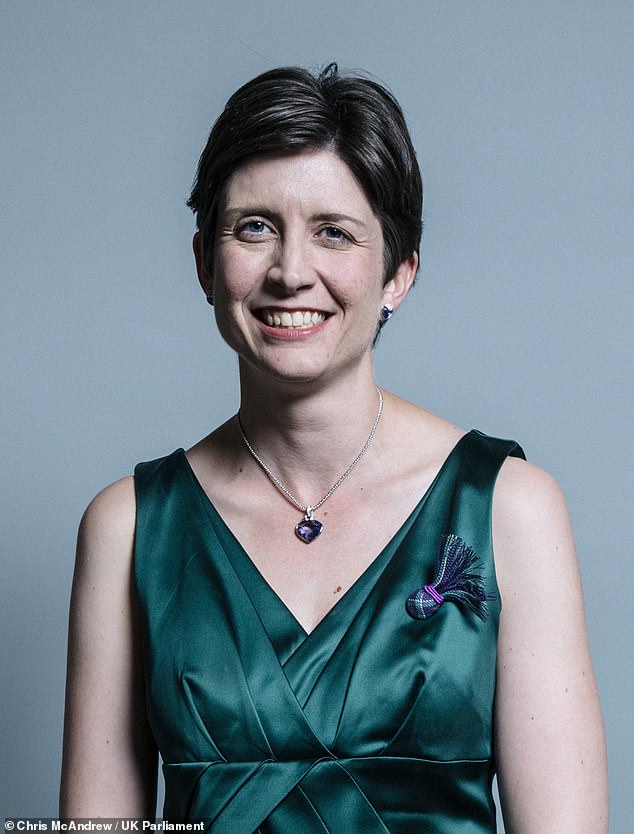 Alison Thewliss, MP for Glasgow Central, failed to get the number of votes needed at the party’s AGM to beat Mr Flynn despite reportedly being First Minister Nicola Sturgeon’s favoured candidate 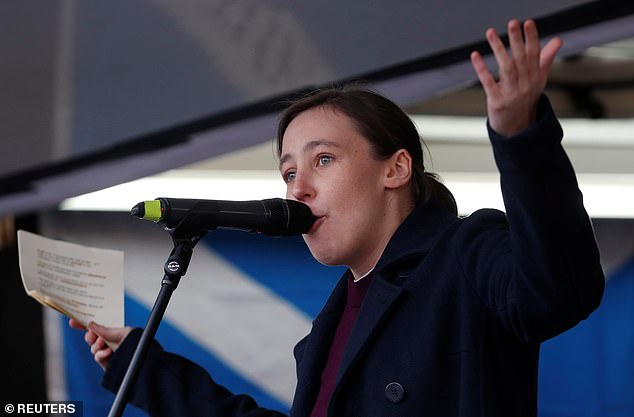 Mhairi Black, who became an MP in 2015 at the age of 21, becomes Deputy SNP Westminster leader

Ms Black said she was ‘delighted to have been elected’, adding: ‘Westminster is failing Scotland.

‘With the Tories and Labour Party both wedded to Brexit, austerity cuts and democracy denial, it’s clearer than ever that independence is the only way to escape the damage of Westminster control and get Scotland back on the path to prosperity.’

Mr Flynn’s ascendancy to the top job comes in the weeks after reports of a coup attempt against Mr Blackford, which were eventually quashed by the Aberdeen South MP tweeting that he was not seeking the position.

Elected in 2019, the former Aberdeen City councillor succeeded Ross Thomson in the Aberdeen South seat after he declined to stand again for parliament. 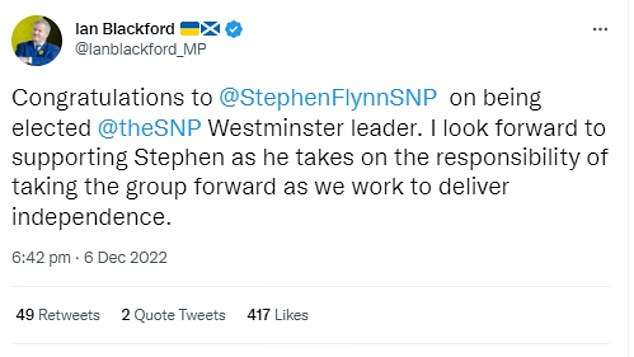 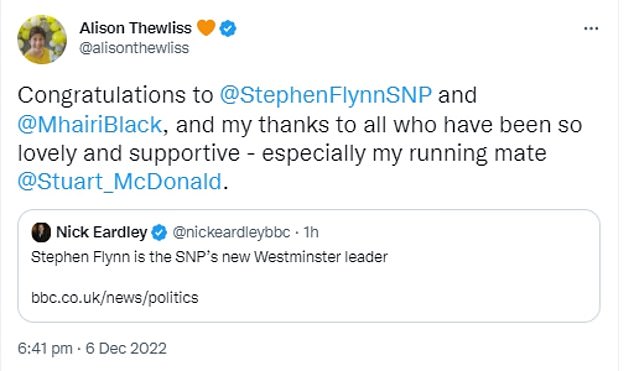 Taking to Twitter in the minutes after the result was announced, the First Minister said: ‘Congratulations to new @theSNP Westminster leader @StephenFlynnSNP and deputy leader @MhairiBlack – a truly formidable team.

‘Looking forward to working with them both.’

While defeated leadership candidate Ms Thewliss congratulated the new leadership team, saying: ‘Congratulations to @StephenFlynnSNP and @MhairiBlack, and my thanks to all who have been so lovely and supportive – especially my running mate @Stuart-McDonald.’

Both the Scottish Tories and Scottish Lib Dems said Mr Flynn’s victory over Ms Thewliss – reportedly the preferred candidate of the First Minister – showed that the SNP leader was losing sway in the party.

More than 580 new 'skyscrapers' planned for London over next decade