Home » World News » So who WAS the Chatty Rat who blabbed about Boris Johnson's bike ride?

So who WAS the Chatty Rat who blabbed about Boris Johnson’s bike ride seven miles from Downing Street? ‘Chance sighting’ of PM in the Olympic Park raises suspicions of repeat of last year’s furore over Cabinet leak fears

The ‘chance sighting’ of Boris Johnson’s cycle ride in the Olympic Park last Sunday has raised suspicions of a repeat of last year’s ‘Chatty Rat’ furore over fears of a top-level Cabinet leak.

Mr Johnson’s gentle pedal generated a barrage of unwanted headlines because, as he was seven miles away from Downing Street, he appeared to be contravening official Government guidance on exercise during lockdown.

This explicitly states that participants should not travel outside their local area. The PM’s jaunt prompted Labour to claim that it was a case of ‘do as I say not as I do from the Prime Minister’.

The sighting was first reported in London’s Evening Standard on Monday, which said that he had been ‘spotted seven miles from Downing Street’. 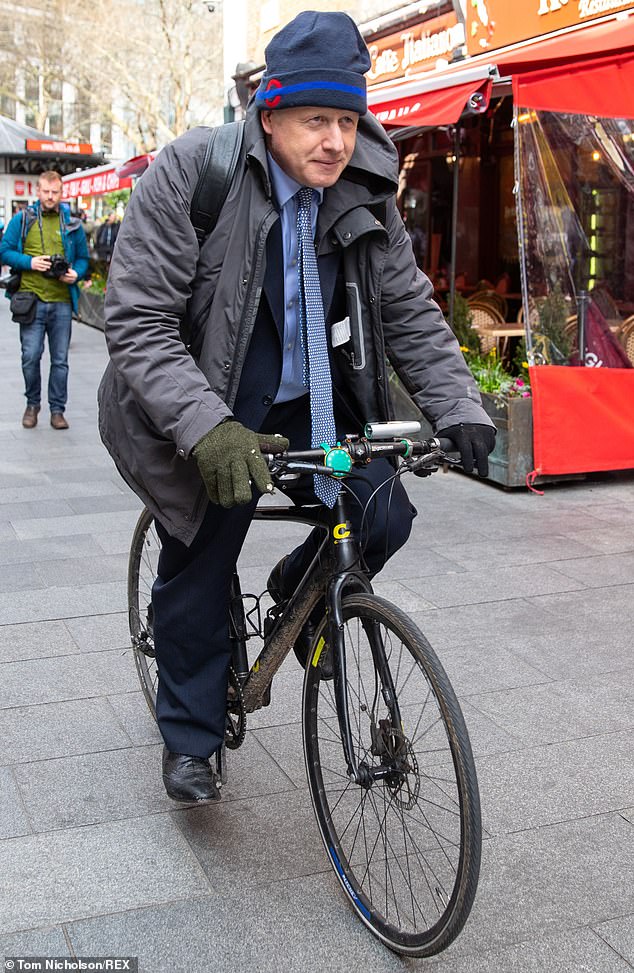 Allies of Mr Johnson have noted suspiciously that the PM revealed details of his cycling trip to colleagues at Sunday evening’s Covid-O meeting of selected Cabinet Ministers, which was convened to discuss whether lockdown restrictions needed to be tightened.

The PM told those present that he was concerned by the levels of activity in the park, and questioned whether people were following the rules.

A ‘chatty rat’ was blamed by Downing Street insiders for bouncing Mr Johnson into November’s lockdown by leaking details of a Covid-O meeting before the PM had made his final decision. 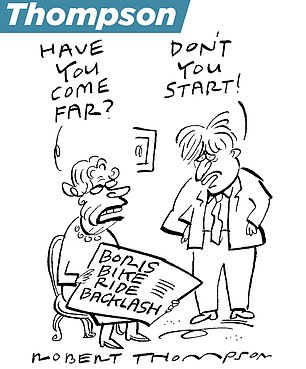 The Covid-O committee comprises a ‘Quad’ of Mr Johnson, Chancellor Rishi Sunak, Health Secretary Matt Hancock and Cabinet Office Minister Michael Gove, along with ad hoc invitees such as Transport Secretary Grant Shapps, depending on the items on the agenda.

At last Sunday’s Covid-O meeting, when Mr Hancock was asked if people could exercise seven miles away from home, he replied: ‘It is OK to go – if you went for a long walk – and ended up seven miles away from home. That is OK, but you should stay local. You should not go from one side of the country to another, potentially taking the virus with you’.

No 10 declined to comment on whether the PM cycled to the park with a security detail or was driven there with his bike.

Mr Johnson ordered an inquiry into last year’s ‘chatty rat’ leak, which even extended to officials seizing the phones of those Cabinet Ministers who attended the meeting, but it has failed to identify a culprit.

One source has claimed to The Mail on Sunday that the inquiry had identified the ‘rat’ – but the finding was too ‘uncomfortable’ for any action to be taken.

Transport bosses brace for battle with unions when lockdown is lifted