Decorated soldier, 51, is killed when his ‘insane death trap’ Jackal overturned during a training exercise 10 years after military expert warned the Army of the armoured vehicle’s danger 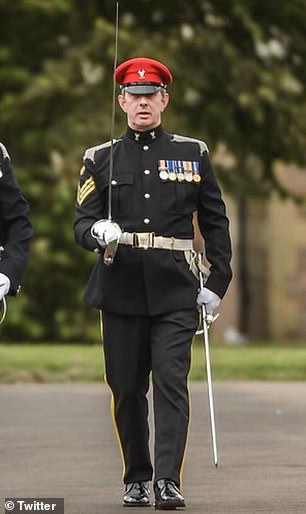 A soldier has died after an ‘insane’ vehicle that an expert branded a ‘death trap’ overturned during a training exercise.

Staff Sergeant John ‘Jock’ McKelvie was killed aged 51 despite warnings about the Jackal armoured vehicle being raised 10 years ago.

The vehicle rolled over Mr McKelvie in Catterick, North Yorkshire, the Daily Record revealed on Saturday.

Yesterday Dr Richard North, who wrote Ministry of Defeat: The British War in Iraq 2003-2009, said the design has been ‘flawed from day one’.

‘I saw pictures of the Jackal before it was unveiled and thought, ‘This vehicle is a disaster waiting to happen’,’ he said. ‘It is a death trap and useless.’

Dr North says that touring soldiers are left ‘very vulnerable to improvised explosive devices’ while using the Jackal because the driver sits over its front wheels. He added that the mobility of the vehicle tempts drivers to ‘thrash’ it about.

He branded the Jackal a ‘massively expensive mistake’ and said it is not what the Army wants or needs.

The defence expert believes the model is partly to blame for many deaths and injuries suffered in Afghanistan and says the Ministry of Defence spent more than £45million on 140 Jackals under the coalition administration of David Cameron and Nick Clegg. 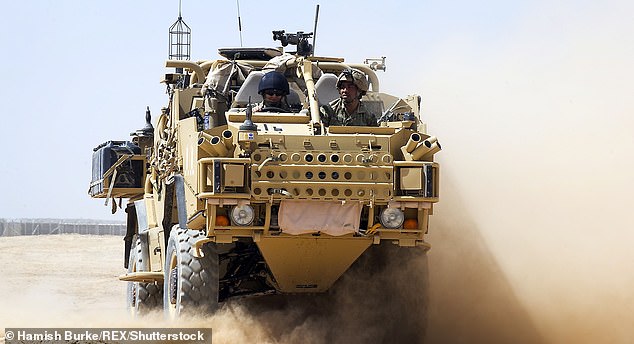 The Jackal (pictured at Camp Bastion, Afghanistan) has been criticised for its design, which places the driver in an ‘exposed’ position over the front two wheels

It was first deployed to the Middle East in 2007 because it was seen as a safer option than the Snatch Land Rover.

Dr North told the Independent in 2009 that it was ‘particularly worrying’ that three soldiers died in an explosion while travelling in a Jackal in Helmand and said making people use them was ‘manslaughter’.

The same year one soldier blogged about his experience driving in the armoured vehicle.

They said: ‘I was out there using them last year they are very dangerous and very difficult to work on! You would think that in the 21st century we could develop a MRAP [mine-resistant ambush-protected] vech with an open top.’

Mr McKelvie’s death sparked hundreds of tributes on social media, with serving and retired soldiers changing their profile pictures to show the badge of the Royal Scots Dragoon Guards with which he served.

A spokesperson for the Scottish and North Irish Yeomanry said his service with their unit established him as ‘a giant of a man’. 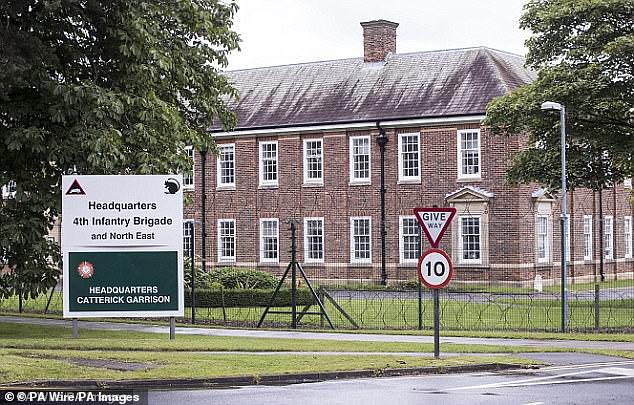 The Jackal overturned during a training exercise in Catterick, North Yorkshire (pictured, the Army barracks)

‘He was well-known and respected as a dependable, honest, robust and highly capable operator and a mentor to our more junior people,’ they added.

Jock was at the wheel when the Jackal overturned in the fatal accident. His passenger was left with a broken arm.

Mr McKelvie was airlifted to hospital, where he died. Police are investigating the incident.

A North Yorkshire Police spokesman confirmed that it is investigating a ‘serious single-vehicle collision’. MailOnline has contacted the Ministry of Defence for comment.

What are the Jackal specifications? 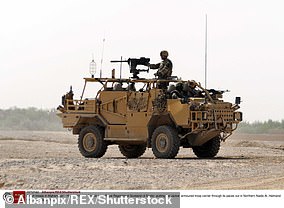 The Jackal’s 5.9-litre engine gives it a top speed of 80mph – and 50mph off-road. A unique air-suspension system can raise the seven-ton vehicle by 3ft, allowing it to clear obstacles. Its features include:

2. Radio mast with a light on top, to communicate at night if all else fails.

5. Diesel canisters on the right of the Jackal – water canisters are on the left.

6. Paint brush to get sand out of weapons’ sights.

10. Cover containing yellow hand-held GPS device that will pinpoint the Jackal’s location in a sandstorm, enabling ground support to be summoned.

Who is Thomas Markle, what did Meghan say about him and when was he married to Doria Ragland?