St Paul’s Cathedral could CLOSE to tourists: Bosses warn landmark faces worst financial crisis in 300 years after income dropped by 90% and could shut its doors unless it finds more funding

Fears are mounting over the future of St Paul’s Cathedral as new figures revealed the true cost of the pandemic for the historic landmark.

The 311-year-old building that has been the backdrop for some of Britain’s most iconic moments could close should income figures remain at pandemic levels, the Cathedral’s chiefs have warned.

Income figures for the tourist hotspot shrunk by 90% in 2020, and there are fears they will remain low as the rest of the globe grapples with high Covid-19 infections.

Key renovation projects at St Paul’s have been halted over the last year, including a £15million contract for roof repairs that was set up in March 2020 that has already been exhausted.

The news comes as the Dean of St Paul’s, the Very Rev Dr David Ison, warned that ‘big decisions’ would need to be taken in the wake of the financial devastation wrought by Covid-19. 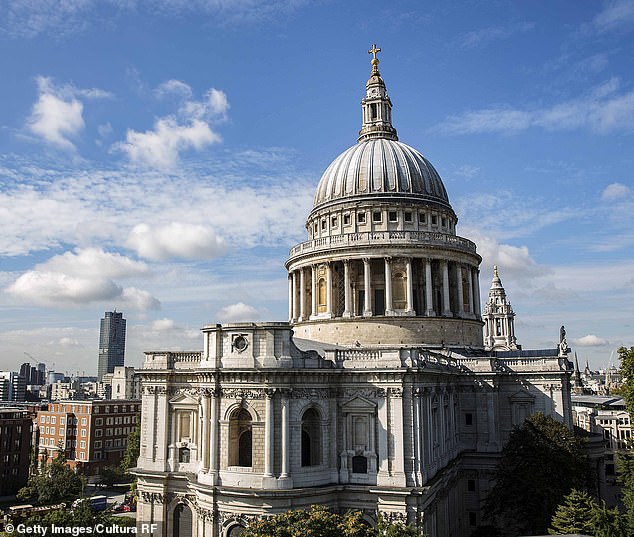 St Paul’s Cathedral is facing its worst financial crisis of the last 300 years.

The venue for Prince Charles and Diana’s wedding in 1981 relies almost exclusively on income from tourists and ticket sales.

The annual cost of keeping St Paul’s afloat is estimated to be £8million per year.

But the crippling effect of lockdowns has meant the future of the Cathedral, which is run by the Diocese of London, remains on a knife edge.

Dr Ison told the BBC: ‘If we can’t raise the resources to be able to employ the people to look after the building and pay for the heating and lighting, we would have to shut our doors.’

While Andrew Carwood, director of music at St Paul’s, warned the internationally renowned choir – which consists of 12 professional singers and 30 choirboys – may also be under threat.

He said: ‘We have to plan and it’s irresponsible for me not to consider all the options but I’m going to do everything in my power – and I know that the cathedral is here to make sure we find an answer to the problem we face.’ 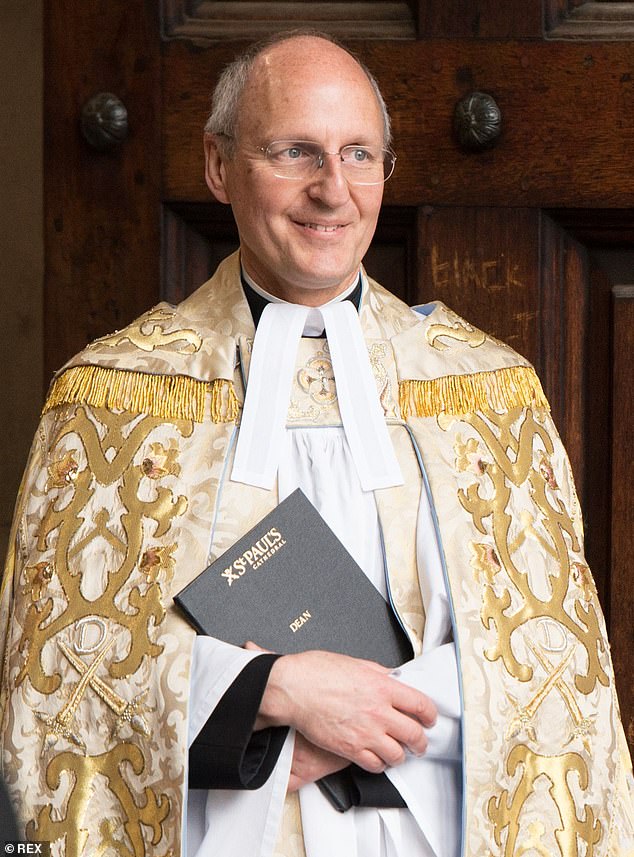 The Dean of St Paul’s, the Very Rev David Ison, warned that the crippling effect of Covid-19 could see the Cathedral ‘close its doors’

St Paul’s has already undergone an employee restructure in the past year that saw nearly a quarter of staff let go.

Meanwhile key renovation projects, including plans to replace parts of the 7,400sqm original lead roof, have been postponed.

Oliver Caroe, the surveyor of fabric at St Pauls, said that the building was rotting and that valuable collections were sitting under the leaking roof.

He said: ‘We have collections under these roofs, really precious objects, and there are buckets next to them, covered in plastic because the roof leaks.

‘I think everyone would be shocked if this building ran into trouble. It is in trouble now.’

There has been a place of worship in London to honour St Paul for more than 1,000 years – with the current cathedral being designed by Sir Christopher Wren between 1675 and 1710 in the wake of the Great Fire of London.

Earlier this month, the Daily Mail launched a campaign to help create a £2.3million memorial to honour every victim of Covid-19 at St Paul’s Cathedral.

St Paul’s had hoped to raise the funds by midsummer, so work can be completed in time for the second anniversary of the pandemic next March.

Prime Minister Boris Johnson has also backed plans for a place of reflection at the historic London landmark.

The Diocese of London has been contacted for comment.

AstraZeneca vaccine is linked to another dangerous blood condition

Parent's pay tribute to son, 3, who drowned while feeding the ducks