Two years ago, this masthead and 60 Minutes published a major investigation into Crown casino. The result of that, after a devastating NSW regulator’s inquiry and royal commissions in two states, is a former giant of Australia’s corporate scene in disarray, its senior management largely gone, its reputation shredded and its future uncertain.

This week, Sydney-based Star Entertainment, which had painted itself as the cleanskin of Australian gaming, came under similar journalistic scrutiny.

Internal company documents, court cases, law-enforcement intelligence briefings and a dozen sources with detailed knowledge of Star’s operations indicate that, like Crown, the company has for many years enabled if not abetted suspected money laundering, organised crime, large-scale fraud and foreign interference at its Australian casinos. 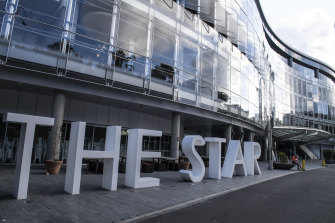 The evidence suggests Star knew about the risks but turned a blind eye even after its directors were warned by global audit firm KPMG in 2018 of its exposure to being misused by criminals. The KPMG reports found evidence that Star was inadequately resourcing its internal anti-money-laundering unit and was failing to properly vet the credentials and activities of high-wealth Chinese gamblers brought to this country on so-called all-expenses-paid “junkets”. “Due diligence on junket participants is limited” KPMG observed dryly.

Australian gamblers with criminal links might have been banned from the NSW Star property but then blithely shifted their dollars to the Queensland casinos. Chinese high-rollers were permitted to use special debit and credit cards to withdraw hundreds of millions of dollars in funds and disguise them as hotel payments, not gambling money, to evade China’s strict laws against taking money out of the country for gambling.

Similar practices were exposed this year at the Victorian royal commission into Crown, which heard how junior hotel staff filled out fake invoices so Chinese patrons could illegally buy casino chips on their credit cards.

It was 2019 when Age investigative reporter Nick McKenzie called out Crown, prompting vehement denials from the company. But Star, it seems, failed to heed this warning too. Some of the dealings with alleged criminals were happening last year and this year.

Having finished humiliating Crown major shareholder James Packer and other executives and directors in public hearings, the NSW regulator has now moved on to a private examination of The Star Sydney’s behaviour, as part of its licence review.

But NSW’s Independent Liquor and Gaming Authority chair, Philip Crawford, still seemed to be blindsided by some of the allegations put to him by McKenzie about the people putting their millions through the casino. “We’ve been very busy obviously with the Crown”, Crawford replied when asked about this. This seems to suggest the regulator is not sufficiently resourced to scrutinise the whole industry at once.

While it’s good to know that the NSW inquiry is headed by Adam Bell, SC, the senior barrister who helped run the Bergin inquiry into Crown, if the regulator persists in holding its inquiry behind closed doors, what confidence can we have that its scrutiny is sufficient? Unfortunately, we have seen too many weak and limited reviews to have much trust that these processes will root out the reported behaviour.

Casinos generate enormous revenue for state governments, which are therefore conflicted when overseeing them. But it is imperative we have a well-resourced, energetic regulator acting vigorously in the public interest and in the light of day. This both keeps the casinos honest and proves to the public that the necessary oversight is being applied.

The latest Star revelations are simple proof, again, that casinos cannot be trusted to manage their own affairs. Given the gravity of the allegations, they demand a thorough public examination.

Fla. Mom of 3 Is Fatally Shot Inside Her Home, and 21-Year-Old Son Is Suspect