Wellington: Jacinda Ardern is preparing to strip out unpopular parts of her government’s agenda and cut spending, but denies an ugly by-election loss suggests New Zealanders are ready to turn on her government.

Labour were 16-point losers in the weekend’s by-election in Hamilton West, an electorate with a longstanding record of reflecting the national mood.

While Labour publicly maintained it could win the seat, defeated candidate Georgie Dansey said in her concession speech Labour was always going to lose. 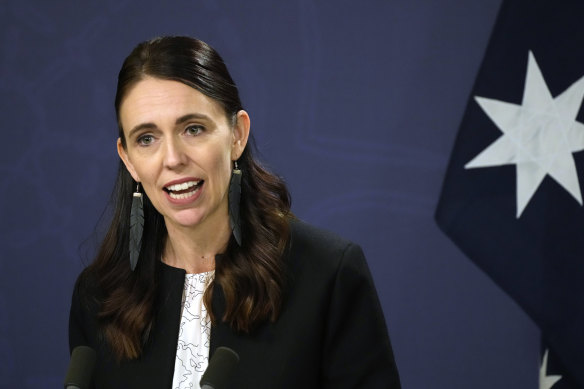 NZ Prime Minister Jacinda Ardern’s zero-COVID policies and quarantine system had to be abandoned in favour of reopening the economy.Credit:AP

“The result isn’t exactly what we wanted, but hey, it’s what we expected … under difficult circumstances,” she said.

The prime minister pointed to a range of factors underpinning the loss; a rock bottom turnout of 31 per cent, the former Labour MP who stood against her party, and unpopular reforms.

Ardern said the fact she won government in 2017 while losing the seat showed it did not spell doom heading into an election year.

“In 2017 we won government but lost Hamilton West by 20 points,” she said. “We know there are things we need to keep working on as a government. And we will.” 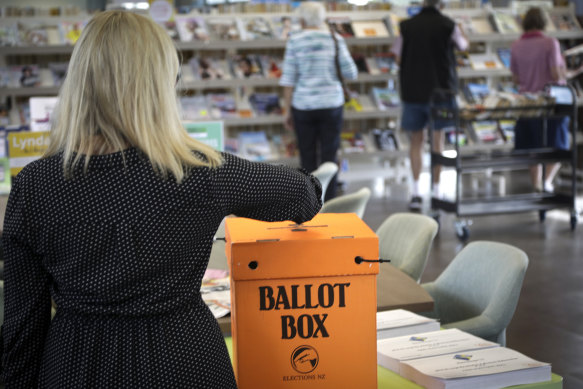 Labour were 16-point losers in the weekend’s by-election in Hamilton West, an electorate with a longstanding record of reflecting the national mood.Credit:NZ Herald/AP

Ardern is keen to turn the page on 2022, which due to COVID-19 and its lingering effects, delivered possibly the toughest year of her prime ministership.

This has been the first year most New Zealanders caught the virus, with the government removing COVID-19 restrictions as it accepted it could no longer eliminate or suppress it, bringing flow-on effects for the health system.

Amid the reopening of borders, the government moved too slowly to adapt immigration settings, bringing massive staffing shortfalls in key sectors and pain for business.

Perhaps most significantly, New Zealand also appears bound for recession due to over-stimulatory monetary settings in 2020 and 2021. It defied economic carnage earlier in the pandemic but the Reserve Bank is now reckoning with over-demand, raising the official cash rate to 4.25 per cent, the highest rate in 14 years.

These challenges have arrived during the key year for the government’s reform agenda, including controversial water, industrial relations and health reforms.

“We have had as a government a lot on our agenda because there’s been a lot of issues,” she said.

“Going into 2023 we do need to make sure that we are totally focused. We prioritise and that we will be making sure that where we need to pare back, we will.”

That could spell the end of a number of projects, including a merger of its public broadcasters TVNZ and Radio NZ, a social insurance scheme, or a spate of infrastructure builds.

The government is also poised for ministerial renewal, with a “handful” of ministers to announce forthcoming retirements this week ahead of a portfolio reshuffle earlier next year.

Missing from Ardern’s assessment of the by-election loss was what winning candidate Tama Potaka called the number one issue.

Recent headlines have been dominated by a wave of so-called ram raids, with youths using stolen cars to bash their way into locked shops late at night to steal goods. That’s allowed opposition parties to accuse the government of going soft on crime and pledge stiffer penalties if elected.

“Every day I was on the electoral trail people were talking about incursions on their lives, whether its their business or [family] situations.”

Potaka said he imagined many Kiwis outside his seat were waiting for next year’s election to vote the same way.

“I anticipate there are a lot of people in New Zealand right now that will be looking at this result and saying ‘actually we want to take the country forward and the National party is the party to do that’.”

A 1News/Kantar poll published last week showed Labour falling 1 percentage point to 33 per cent support, five points behind National on 38 per cent. National’s ally the ACT Party climbed two points to 11 per cent support, which would give the pair a parliamentary majority if the results were replicated at the election.

Ardern remains the country’s most-preferred prime minister, on 29 per cent to National leader Christopher Luxon’s 23 per cent, but her rating has halved from more than 60 per cent in 2020.

Pandemic prep: What you should know to protect against coronavirus