The words "Odell Beckham-esque" catch have been slowly ground into near-nothingness since that fateful night in 2014, now used to describe even a basic one-handed grab. So please take us seriously when we say the following: Pittsburgh Steelers rookie George Pickens delivered an Odell Beckham-esque catch.

Heck, it might have been even better than Beckham's famous catch.

Facing the Cleveland Browns on "Thursday Night Football," Amazon Prime viewers got to watch the rookie wide receiver haul in a one-handed, plucked-out-of-the-air catch while horizontal to the ground. Watch for yourself:

The basic replay doesn't do the catch justice.

What you really need to see to understand how preposterous what Pickens did is the slow-motion, alternate-angle replays. It doesn't make sense when you see it that way:

Are you serious, George Pickens? What a one-handed grab!#PITvsCLE on Prime Video
Also available on NFL+ https://t.co/uF4okqrMwwpic.twitter.com/4mDGzOOoZu

Or just a basic screengrab:

This angle is wild. Catch of the year so far by George Pickens. pic.twitter.com/B2GGbA2c4l

The catch even caught the notice of Beckham himself, who responded to a question of which catch was better with some effusive praise.

THIS CATCH IS FILTHY

It doesn't get much better than what Pickens did, though there is reason to expect much more in the future from the Georgia product.

Despite playing for the national champions at Georgia last season, Pickens entered the NFL draft with plenty still to prove after missing all but four games due to a torn ACL sustained in the spring.

Pickens posted only 107 yards on five catches in those four games, which included the SEC Championship and College Football Playoff, so he didn't have the track record teams want in an early-round prospect. Even if he were healthy, Pickens was part of a run-focused offense with plenty of other options at receiver.

After a solid NFL combine, the Steelers took Pickens in the second round of the 2022 NFL draft with the 52nd overall pick. He rewarded them with highlight after highlight in training camp then preseason, making him one of the favorites in a wide-open Offensive Rookie of the Year race.

Pickens didn't see similar success in his first two games, posting only 26 receiving yards on two catches, but this latest highlight is going to put him on the national radar no matter what number he ends up posting on Thursday. 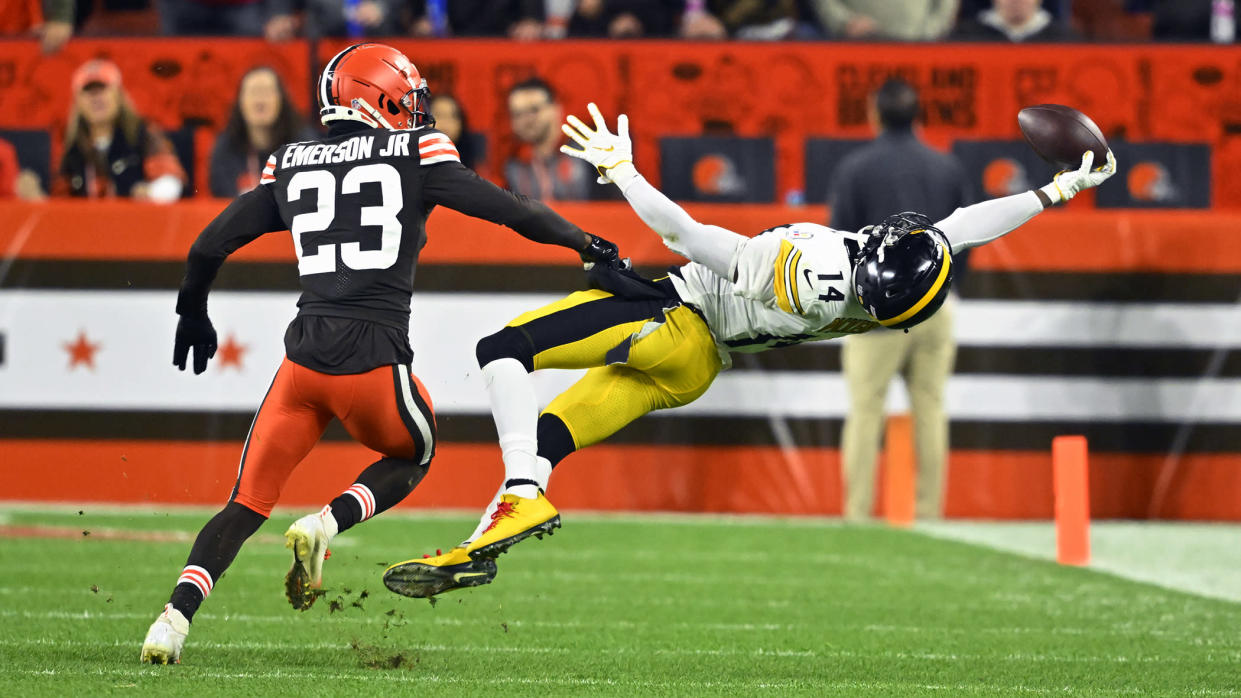 Scientists to investigate whether coronavirus leaked from a Chinese lab

Truckers 'willing to work,' insist they're not to blame for supply chain woes