The streets of England were deserted as the Three Lions prepared to face off against Denmark this evening.

The A167 crossing under the Tyne Bridge in Newcastle was pictured completely clear of vehicles at 8pm this evening when the match kicked off.

Brixton Tube Station was also bereft of passengers as the nation prepared to watch England play.

The view of the A34 trunk road between Southampton and Midlands at Newbury was seen empty prior to the game.

The Three Lions pulled level to 1-1- during the first 45 minutes with Denmark thanks to an own goal as both sides fight to secure their place in Sunday’s final against Italy.

Gareth Southgate’s side having been playing the Danes since 8pm as up to 60,000 spectators and 30 million fans in homes across the country are placing their hopes of football glory on the national team. 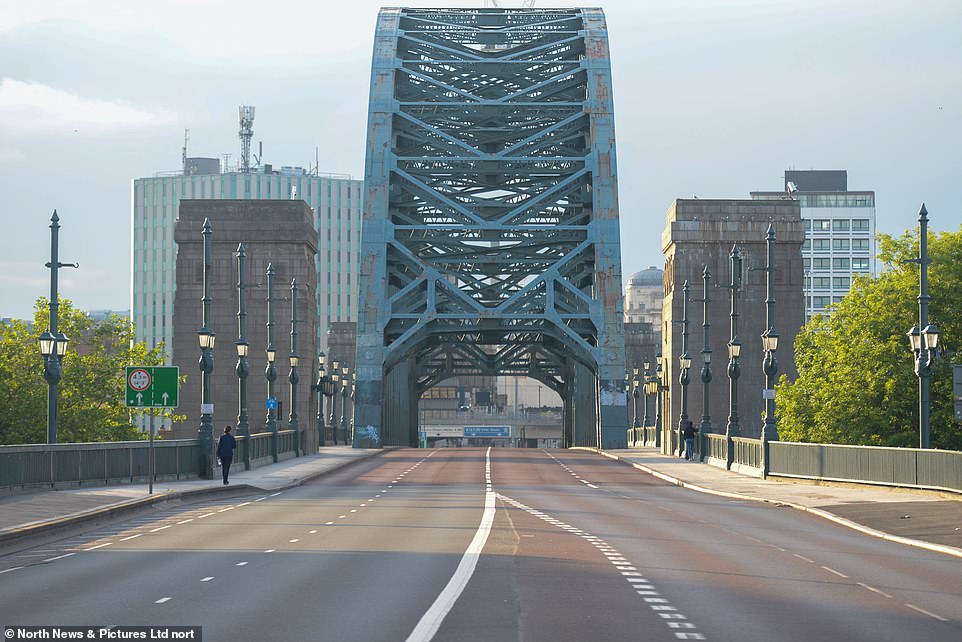 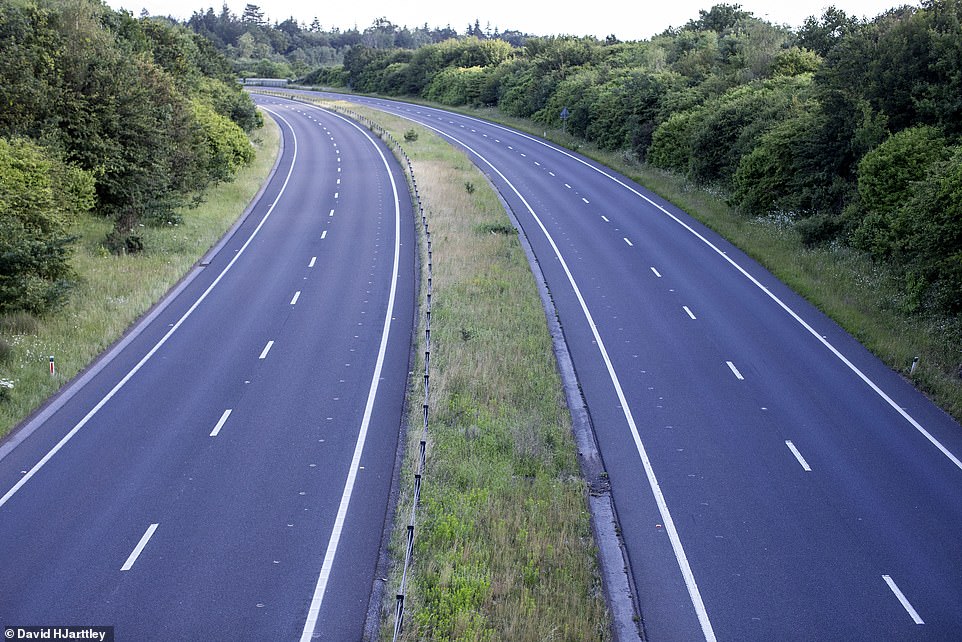 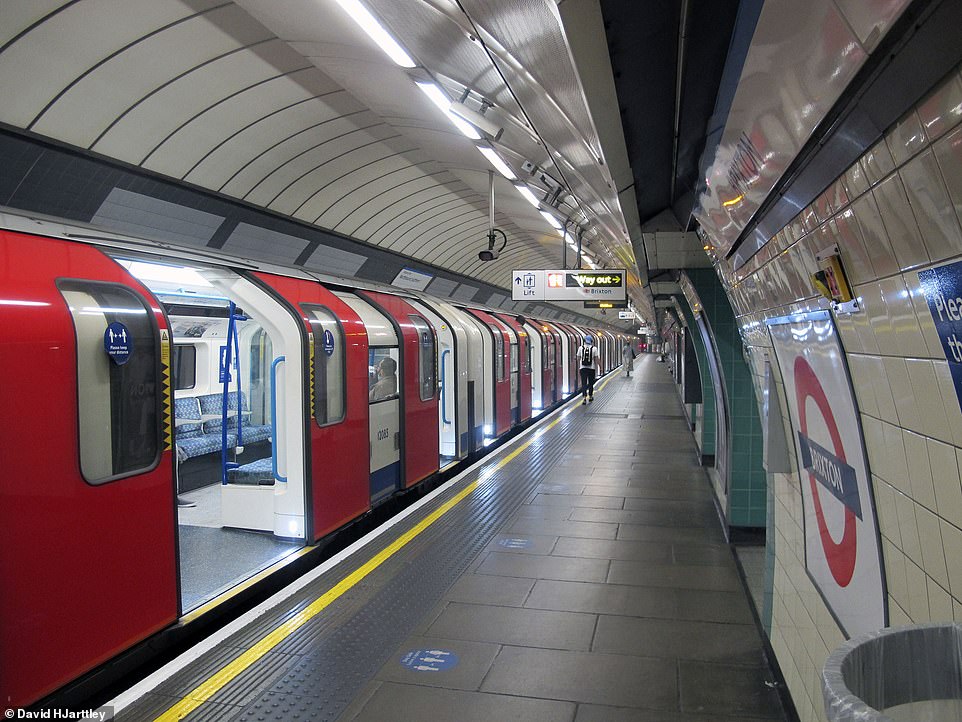 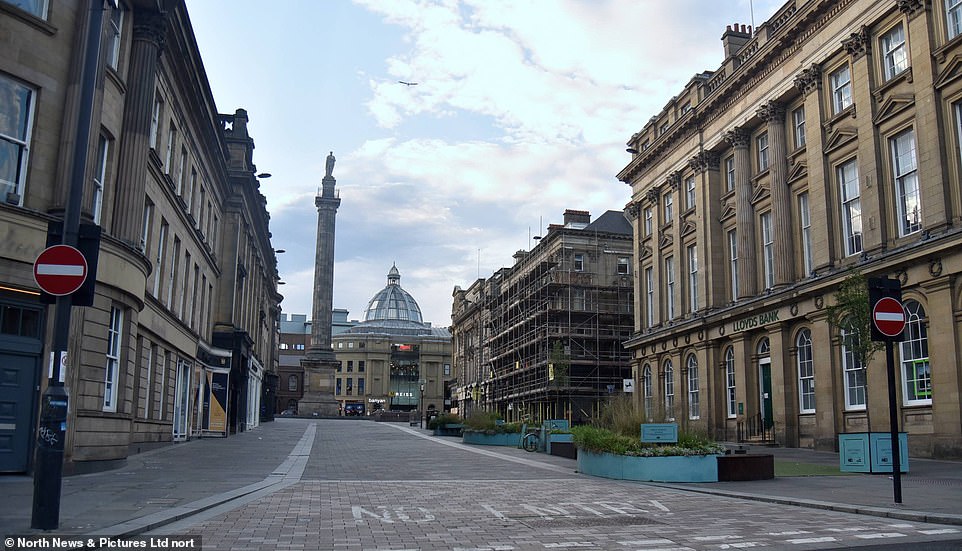 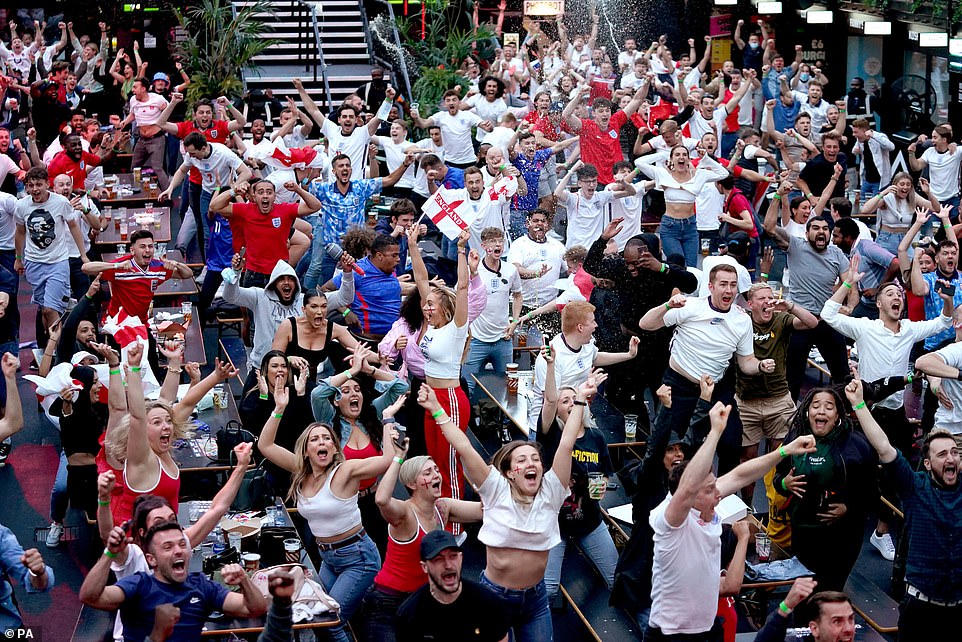 Fans in London’s Trafalgar Square were sent into raptures as England equalised, with those in the fan zone roaring loudly, jumping on to the tables and throwing their beers in the air. They began chanting ‘Come on England’ and ‘It’s coming home’.

One fan, Carl Afinwayo, 23, from Croydon, south London, said: ‘Oh my word, it’s insane, we needed that- we needed to equalise. Sterling has had a great tournament as well, he should be knighted.’

Less than 10 minutes earlier, the 8,000 UK-based Danes inside the stadium erupted as their side took an unlikely lead in the 30th minute, with an estimated 20 million people watching the match from home across England.

Fans in Trafalgar Square were left silent by the Danish opener – the first that England conceded in the tournament, and home supporters could be heard swearing and booing after the ball hit the net.

James Little, 19, a student from Sutton, south London, said: ‘I’m gobsmacked to be honest, we haven’t conceded in this tournament and I feel like the way we play means we need to score first. It’s a long way back from here, I hope the semi-final curse doesn’t strike again – this is the best chance we have to win. 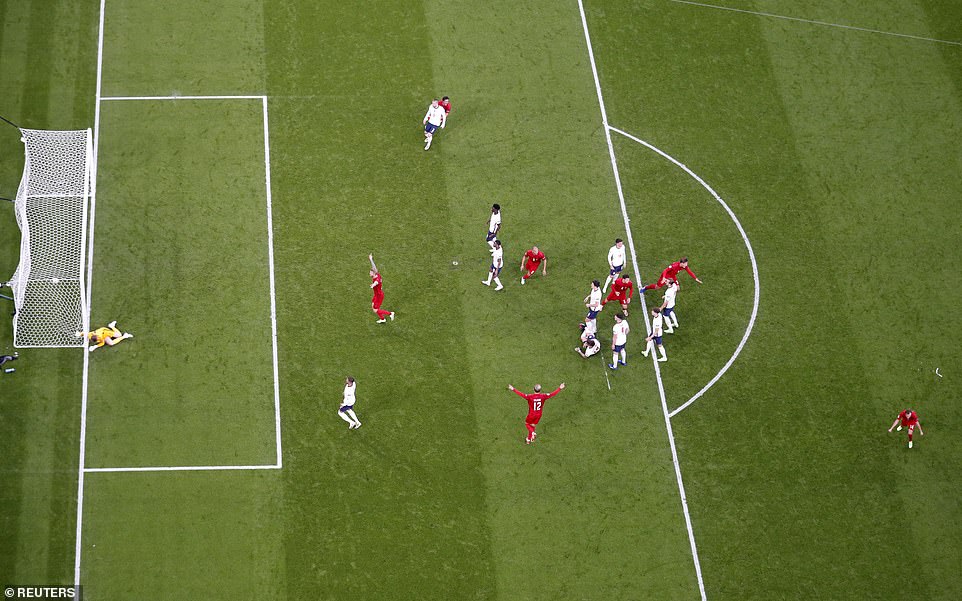 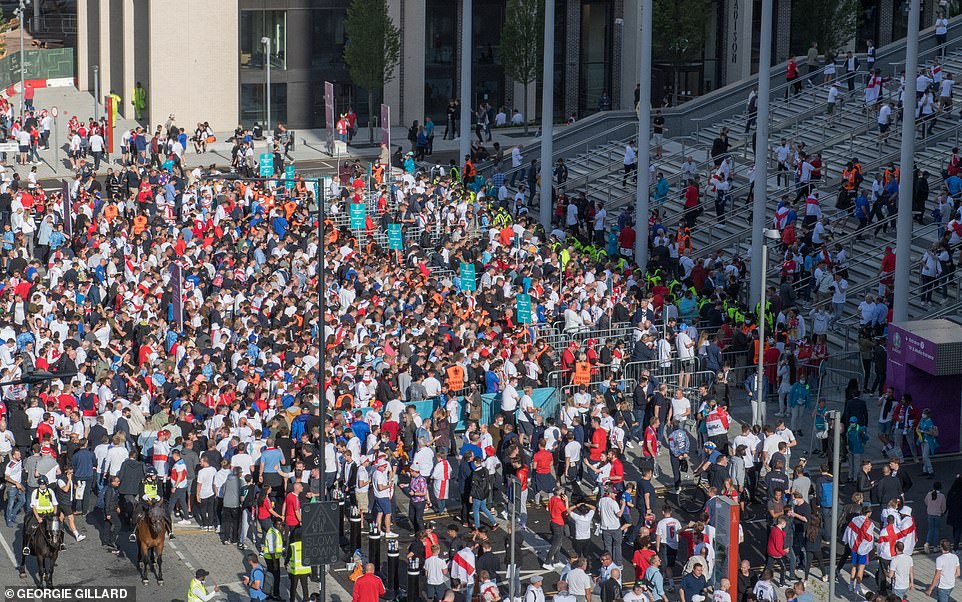 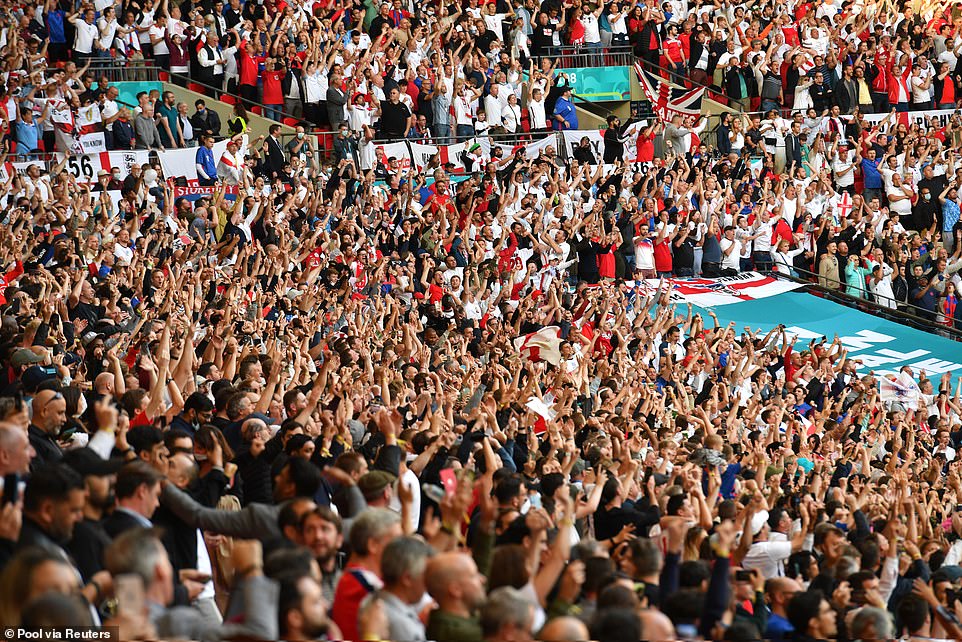 ‘It’s a wonder goal though isn’t it? How could (goalkeeper Jordan) Pickford save that?’

England were installed as clear favourites among bookmakers to beat Denmark, having progressed through the tournament without conceding a goal.

Supporters also arrived at Wembley – several hours before kick-off – in buoyant mood. Ian Turnbull, 34, a cable joiner from near Hartlepool, said: ‘We are going through to the final and we are going to win because it’s coming home.’

England players took the knee again before kick-off in support of anti-racism, but no boos could be heard. ITV commentators said the atmosphere was ‘one of the best’ in recent memory and described the ‘buzz’ and ‘sense of occasion’ which could be felt in the massive stadium.

The Duke of Cambridge and Mr and Mrs Johnson will be hoping that our heroes banish the ghost of Euro 96, when England lost in the semi-final to Germany on penalties – an historic wrong partly expunged by Southgate’s side knocking the Germans out of the Championship last week.

William, the president of the Football Association, cheered England alongside the Duchess of Cambridge and their son George last week. But the prince is without his family because Kate is self-isolating after coming into contact with someone who tested positive for coronavirus.

Mr Johnson tweeted ‘we’re behind you’ with a photo of him wearing an England jersey with the name ‘Boris’ on the back as he left for the biggest football match on home soil in 25 years. Last night he said: ‘Gareth Southgate and the England squad have done the nation proud in the Euros, and tonight we will all be wishing them the best of luck in getting to the final. Bring it home!’

Tourist is murdered and his wife raped near Rio de Janeiro

Bumble founder becomes a billionaire at 31