A STUDENT has been left with a deformed leg after her bone shattered during a horror e-scooter crash while on holiday.

Eleanor Young, from Nettleham, Lincs, has been forced to undergo eight operations after suffering a double break to her right leg and a severed artery when the e-moped she was on collided with a Smart Car in Rome. 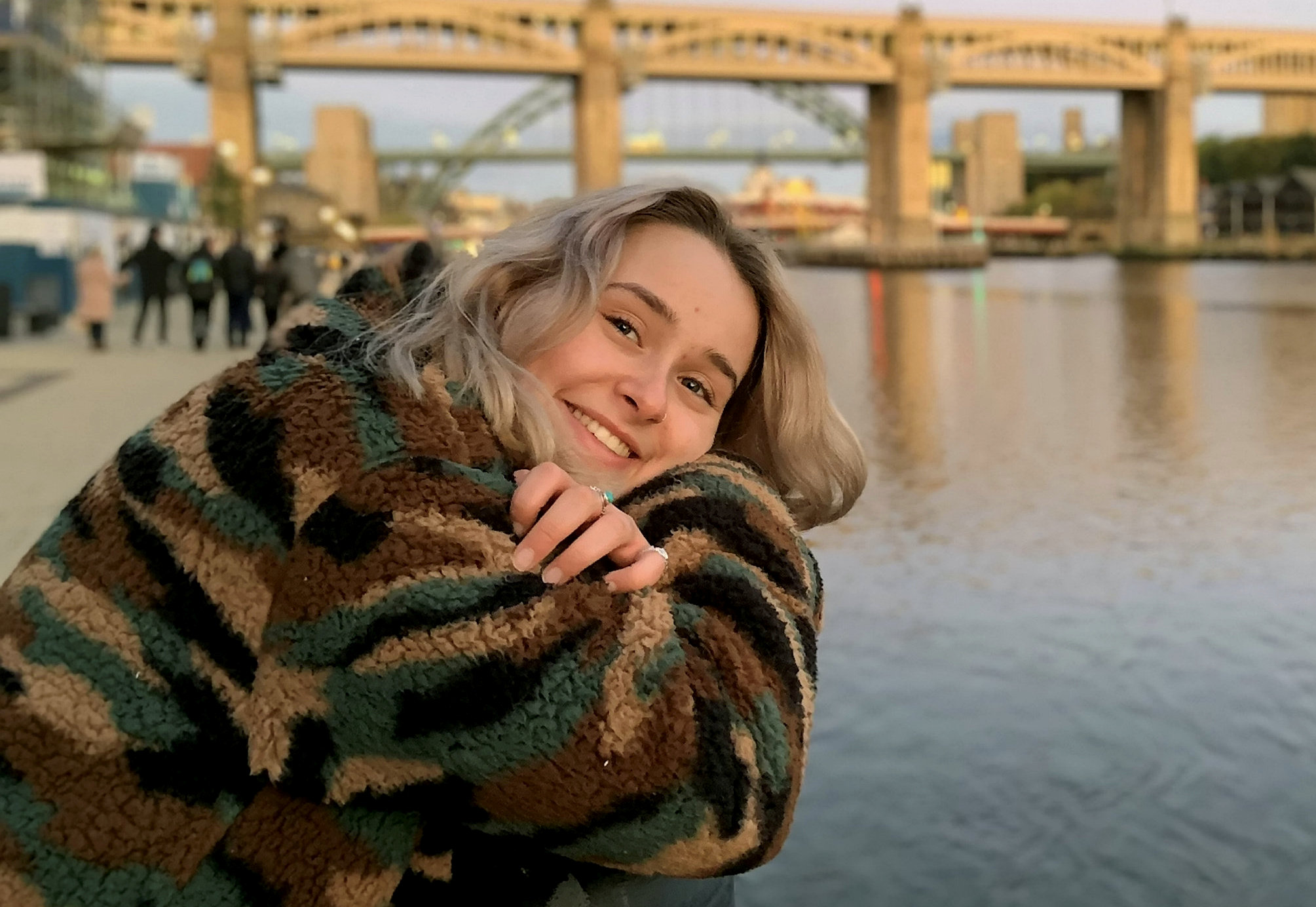 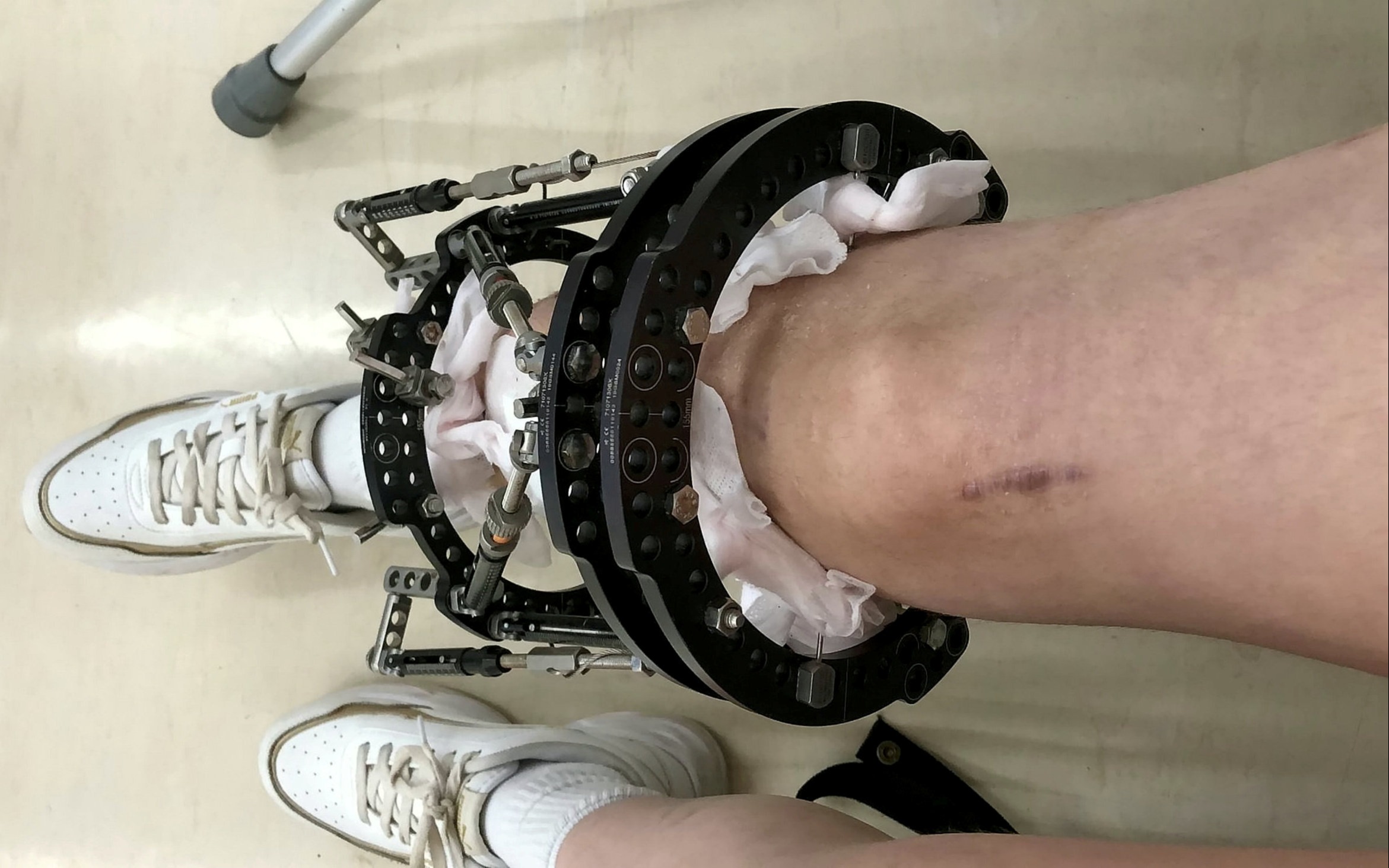 The 21-year-old, who is studying modern languages at Newcastle University, was rushed to hospital where surgeons battled to save her leg.

Eleanor, who also suffered dental fractures, was in intensive care for five days before being transferred to an orthopaedic ward.

"Thankfully I can’t remember too much of the accident but I remember a few minutes later being on the ground and trying to get up," she said.

"A passer-by told me not to and I immediately knew something was seriously wrong with my leg.

“I was in that much shock that I couldn’t really feel much pain.

"I remember going to hospital and having an MRI scan but the next thing I remember was waking up in hospital the next day with rods in my legs and being told that they nearly had to amputate my leg."

She underwent three operations before being flown home and since returning to the UK has undergone a further five.

These have included removing and replacing metal rods, fixing a metal cage on her leg and repositioning the bone to help it fuse properly.

The student was forced to give up university for a year and had to move home to be cared for by her parents.

“Part of the bone in my leg had been shattered," Eleanor added.

"I had an open compound fracture of my right tibia and severed an artery in my leg. I had two emergency surgeries abroad, one to save my leg and a second to put rods in to fix the bone together.

“Following the incident I’ve had to have a number of surgeries to fix my leg as it was deformed and I had non-union of the bone. It will never be the same again.

Eleanor has instructed a specialist lawyer at Irwin Mitchell to investigate and help her access the specialist rehabilitation she requires because of her injuries.

With investigations into the incident which happened in August 2020 continuing, Eleanor and her legal team are advising people to take care while riding e-mopeds and e-scooters.

“The collision has affected my life in so many ways," she added.

"I had to defer a year of university and had to move back home with my parents.

"I was unable to properly get out of the house for months and I felt very alone.

"Since August 2020 I’ve had eight surgeries on my leg and a surgical procedure in my mouth due to severe damage to my teeth.

“A lot of people, particularly younger people think e-scooters and e-mopeds are fun. However, like any vehicles they can lead to serious injuries.”

In the UK there is now a high volume of e-scooters being made available to the public.

Jayne Murphy, of Irwin Mitchell, added: “E-mopeds are one of a number of new electric vehicles now in use across Europe and the UK.

"The most common type is an e-scooter and there is an emerging trend of high accident rates connected with their use. Those using e-mopeds and e-scooters, whether at home or whilst on holiday need to exercise caution as these vehicles are unfamiliar to other road users, including pedestrians.

“While e-scooters can only be ridden on the road in certain trial locations here in the UK, they are much more common in some cities overseas.

“Many e-scooters hired through registered companies will have some level of insurance, but the amount can vary, therefore it’s important this is checked before hiring a vehicle.

“Whether hiring an e-scooter at home or an e-moped abroad it’s vital that people not only thoroughly research the level of insurance but take care at all times and ensure they wear suitable protective equipment.”