Sniffer dogs are a fifth more accurate at spotting Covid than rapid lateral flow tests, a study has claimed.

French researchers found trained German Shepherds and Labradors could spot 97 per cent of all coronavirus patients by sniffing armpit sweat.

For comparison, rapid tests — at the heart of No10’s swabbing blitz — are thought to be 78 per cent accurate.

Experts said dogs could be used in airports, train stations and other busy venues to sniff out infected people and prevent outbreaks.

Ministers are hopeful dogs will be deployed at crowded events in the near future in the UK. 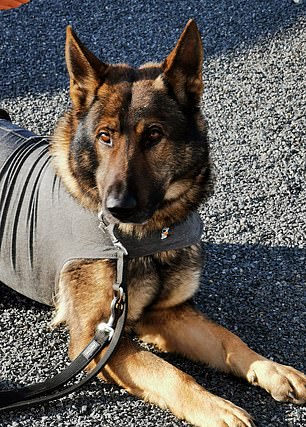 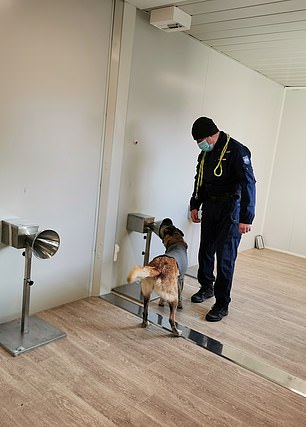 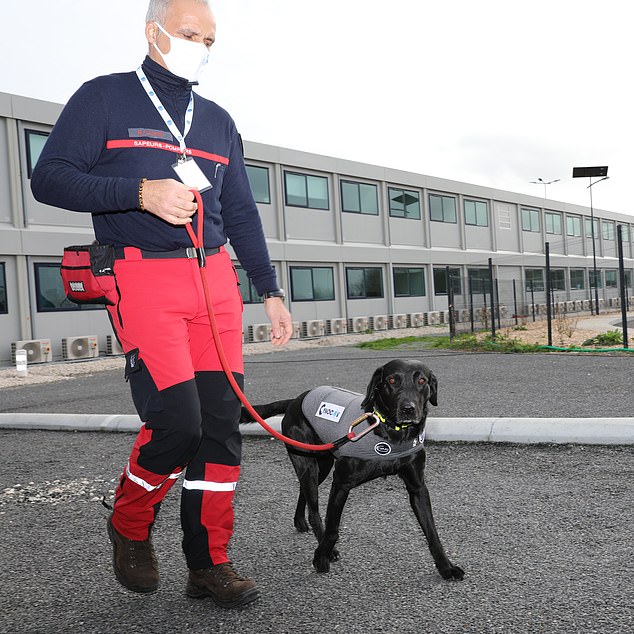 Researchers at the École Nationale Vétérinaire d’Alfort (Enva) in Paris used nine trained dogs, several of which came from nearby fire departments.

They took armpit sweat samples from 335 people visiting testing centres in the city between March 16 and April 9.

SNIFFER DOGS AND COVID-19: WHAT YOU NEED TO KNOW

Dogs have an incredible sense of smell which have made them useful in the detection of diseases for decades.

The complex folded structure of their nasal cavity – which results in a huge surface area – is home to over 300million scent receptors compared to 5milllion in a human, according to researchers at London School of Hygiene & Tropical Medicine (LSHTM).

Over the past 10 years, numerous peer reviewed studies have shown that dogs are up to 90 per cent accurate in detecting the odour of disease.

And in July, researchers in Germany found trained sniffer dogs can detect the coronavirus in human swab samples with 94 per cent success rate.

The dogs detected 97 per cent of the 109 people who later tested positive with a PCR test.

They also identified 91 per cent of negative samples — compared to the just 58 per cent rate given by rapid tests, according to a gold-standard review of the kits.

Researchers said the study showed how useful sniffer dogs could be for mass testing when people are unable to access PCR tests.

They added the speed of the results would make dogs useful in the same way rapid tests are used.

Professor Jean-Marc Tréluyer, of the University of Paris, told AFP: ‘They could help identify those people who should undergo a full viral test and — because the dogs’ response is so quick — facilitate mass testing.’

Dogs have highly sensitive noses and can sniff out compounds emitted by the body in response to disease.

Dogs have been used to detect Covid patients in airports in the United Arab Emirates since August last year. Finnish airports also use trained canines.

Researchers at the London School of Hygiene and Tropical Medicine in collaboration with the charity Medical Detection Dogs (MDD) and Durham University, have been rigorously testing whether six dogs can detect coronavirus smells through an intensive training programme, which was announced in May.

If successful, the clever dogs could be deployed to places like airports within eight to ten weeks after training, the researchers said, where each dog can ‘screen’ 250 people per hour.

David Beckham parked illegally at the wheel of his £150,000 G Wagon

One third think their household will need support over virus crisis