One of only two women to survive an attack by Russia’s most prolific serial killer has told how she woke in a morgue after ‘The Werewolf’ raped her and left her for dead.

Svetlana Misyavitchus was 17 years old and a virgin when she was attacked while returning home from a friend’s house in her home city of Angarsk.

Her attacker was policeman Mikhail Popkov who is serving a life sentence in a penal colony after being found guilty of 56 murders on Monday – in addition to the 22 he was already serving time for. 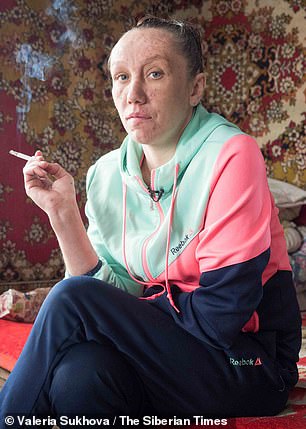 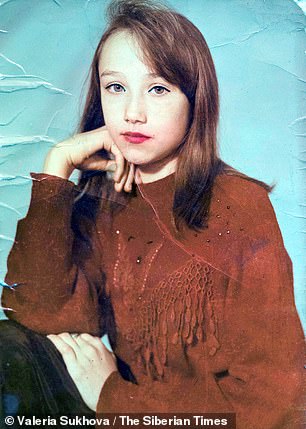 Svetlana Misyavitchus (pictured left today) was just 17 years old (right) and a virgin when she was raped and beaten nearly to death by Mikhail Popkov, aka The Werewolf 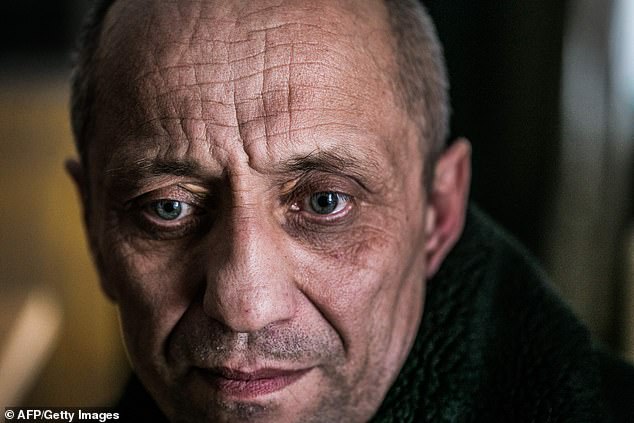 Popkov was sentenced to life in jail on Monday for 56 murders, on top of the 22 he was previously convicted of. The tally makes him Russia’s most prolific killer 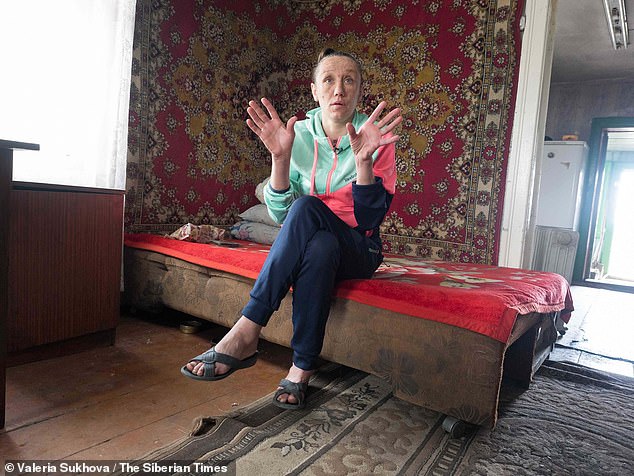 Describing the day of the attack, Svetlana said she was walking home in the bitter cold when a police car stopped and the driver offered her a lift.

‘I thought its safe to go with a policeman,’ she said. ‘I was so cold from head to toes so I accepted.

She remembers that he drove past her house and she asked him: ‘Where are we going?’

The next thing she recalled was him ‘repeatedly banging my head against a tree.’ It seemed ‘to go on for an eternity’, she said.

He removed her clothes left her “totally naked”, she said, adding that she wept during the assault.

‘I was shaking …. he wanted to rape me. He was mute – he didn’t respond to anything. He said nothing.’

Svetlana recalled: ‘I crawled out from under him and ran to his car.

‘I was hoping to find car keys there – but failed. He caught me and I tripped down some steps.’

She was wounded and found some passers-by, but they refused to help her. 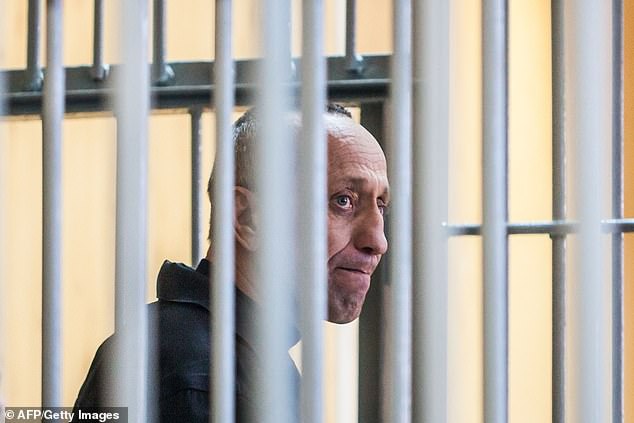 Popkov said he killed prostitutes or inebriated young women because he believed they were ‘immoral’, and was driven by a suspicion that his wife was cheating on him 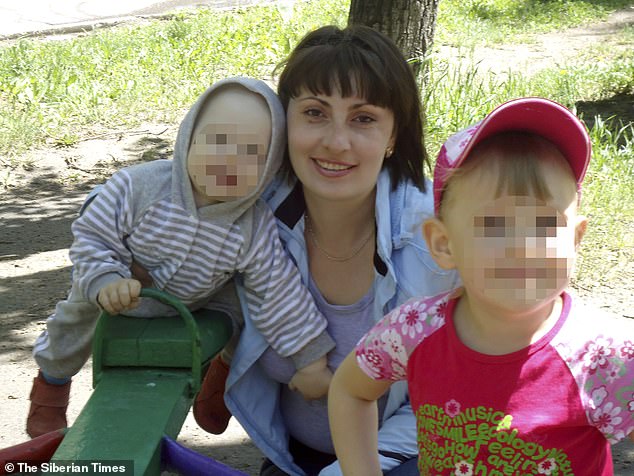 Evgeniya Protasova, now 36 and the mother of two children, was the only other victim to survive one of Popkov’s attacks beside Svetlana 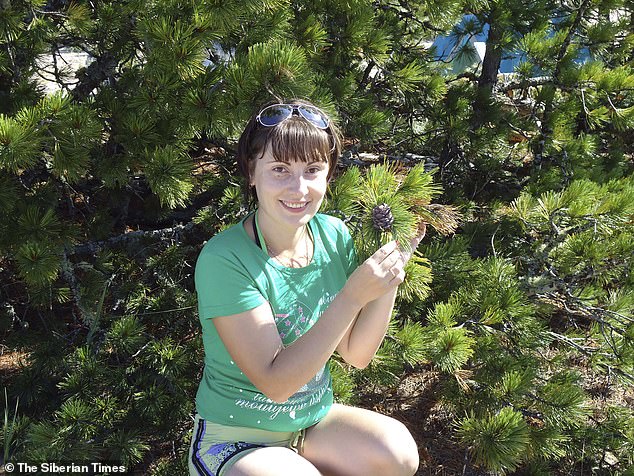 Evgeniya said she kept the attack secret for year, and did not tell her husband until news that Popkov had been caught spread and his face appeared on the TV 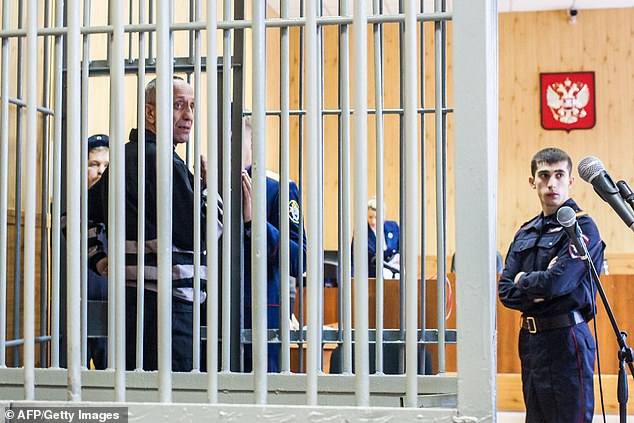 Popkov is now serving a life sentence in a Russian penal colony, convicted of 78 murders

Then she saw Popkov’s car approaching her through bushes by the side of a main road. He attacked her again and left her for dead.

‘The next I knew, I woke up in a morgue,’ she said. ‘I felt so cold. I woke up, sat down, and spotted a label on the toe of a corpse next to me.

‘I whispered “Oh mother!” and felt faint again. I woke up in a hospital later.’

Deeply traumatised, she could not tell doctors her name or age. She was listed as being 25.

‘His attack aged me by seven years,’ she said.

Half her hair was torn out during the violent assault and she was paralysed down one side of her body.

When she was discharged a few months later, after being rescued by her mother, her hair had turned grey.

‘My brain was damaged,’ said Svetlana, now 37, who says she has never got over the brutal attack. ‘I was frostbitten. I was forced to take medication for syphilis.

‘I was virgin before he attacked me so it was him who infected me.

She added: ‘I wasn’t able to walk and talk. I had to learn everything again from the beginning. It took two or three months. I had a stutter – and still do.’

When Popkov was eventually brought to court, she went along and saw him.

‘I recognised him in court,’ she said. ‘He was handcuffed. I lost the ability to walk again the second I saw him. 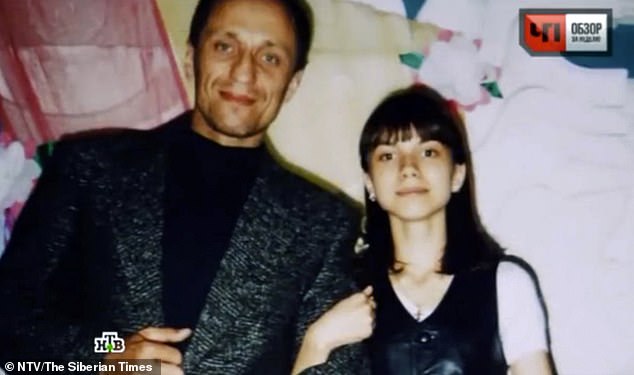 Little is known of Popkov’s personal life, but he did have a daughter – called Ekaterina – who was unaware of his crimes until he was arrested 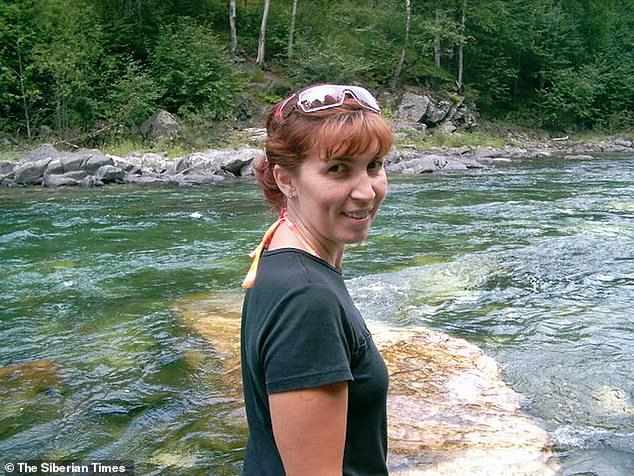 During police interviews, Popkov said he began his killing spree after wrongly suspecting that wife Elena was cheating on him

‘He said nothing to me when he saw me in court. Did not ask to forgive him. Nothing…. I was shocked to know the amount of victims.’

He had ruined her life, she said.

‘He does not deserve to live. If not for him, I would have had a normal life, had a family, given birth to great kids.

“But for me – I live my life only with medicines. He doesn’t repent. He is a monster.’

The other known survivor Evgeniya Protasova, 36, who has managed to cling on to a semblance of normality despite her trauma.

In common with the other attacks, when Popkov attacked Evgeniya he struck her over the head, stripped her naked, and raped her.

In a statement read through a lawyer, Evgeniya said: ‘It happened in July 1999, when I was 18.

‘My boyfriend had invited me to a restaurant, and we left it about midnight.

‘He wanted me to go to his place but I strongly refused, and asked him to take me home. Then he got angry and shouted that I could go home on my own.’

Like Svetlana, a policeman offered her a lift. He was plain-clothed but showed her his officer’s ID.

Popkov used this tactic repeatedly, sometimes wearing his uniform, to lure in victims, often as they walked along the pavement slightly tipsy after a drink.

He even used his own crimes to his advantage, telling the women they should get a lift from a policeman because there was a rapist and serial killer at large.

‘My place was very close, some three minutes drive away and we were quickly there,’ said Evgeniya.

‘Instead of stopping, he accelerated the car and drove away. I began to scream. I was so lost, I did not know what to do.

‘I could not stop screaming and he hit me on the head, and I lost consciousness.

‘All the rest I remember in bits and pieces but I can recall that he drove me to the forest.

‘He got out of the car and tried to drag me out too, having hit me strongly on the head one more time.

‘I vividly remember this face, looking like a beast, and I got completely scared. 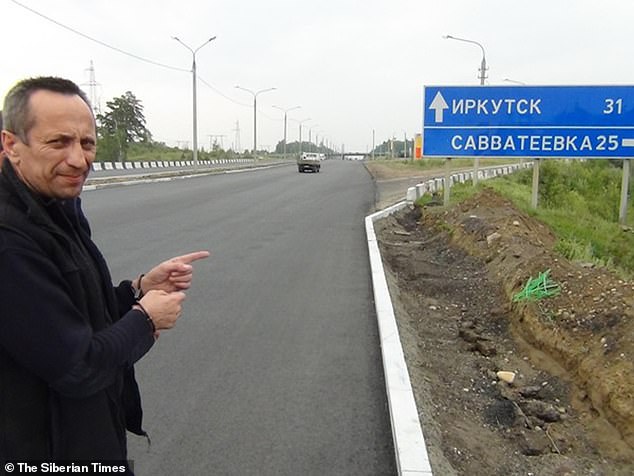 Popkov, wearing handcuffs, leads investigators to the scene of one of his killings 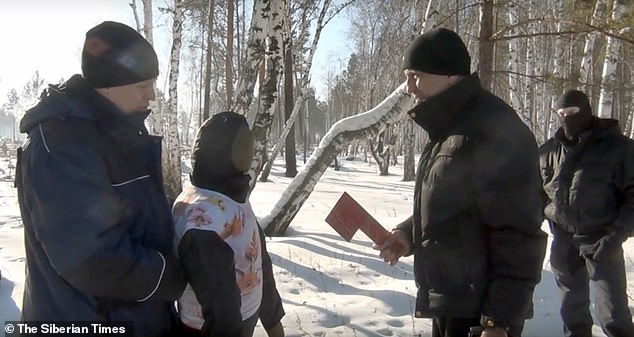 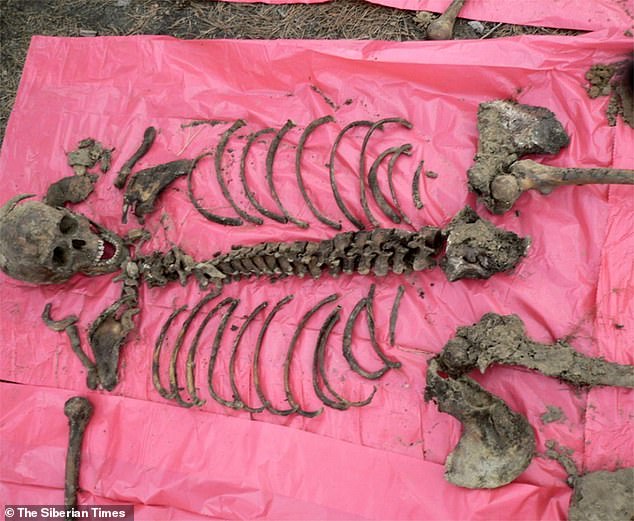 ‘Somehow it helped me to keep going, I clearly understood he was going to kill me, so I gathered all my strength, quickly jumped out of my high heeled shoes and ran away.

‘But I was not strong enough to escape from him, and my head was already injured.’

She said: ‘Of course he caught me quickly, and hit on the head again. This terrible fear of imminent death was my last memory.

‘The next time I regained consciousness, I was in hospital in Irkutsk.’

Popkov was said by state investigators to have been shocked and dismayed that any of his victims, who he attacked with axes, hammers, knives, screwdrivers, and spades, had survived.

As a prosecutor said after his life sentence yesterday in Irkutsk: ‘He clearly loved killing. Some victims had 145, or even 170 knife wounds.

‘He said that he felt satisfied when he felt their pain as they were stabbed.’

Evgeniya said: ‘What happened was that that people picking mushrooms found me in the forest next day. This is what my mother told me.

‘My mother explained I was totally naked. This bastard undressed and raped me and then thought he had strangled me to death. I have no idea how I got back to life.

‘There is still a scar on my neck after the strangling but thank God it is almost invisible for other people.’

She tried her best to forget this horrific ordeal, and gradually rebuild her life.

But 13 years later he was finally arrested and his picture was shown in the media including online news sites.

‘When I saw Popkov’s photograph online in 2012 I instantly recognised him, even though the first image I saw had blurred eyes,’ she said.

‘But I decided not to go to the police. I thought it was so long ago and nobody would listen to me.

‘And how could I prove it was him? But the investigators found me because of my attack and invited me for a chat.’

Bravely, she agreed to the trauma of seeing the killer face to face as investigators sought crucial evidence that he was ‘The Werewolf’.

‘There was also a confrontation with him. And I confirmed to police he was the maniac who attacked me, raped me, and tried to kill me,’ she said.

‘Why did I keep silence for so many years?

‘I have a good family now – I am married with two children, I have a son and a daughter. I had never told my husband what I had to go through, but I must say I had been living under a huge pressure inside. This story just did not go away.

‘I felt a great relief when I told my story, first to police then to my husband. And now I feel better each time I tell my story.

‘I went to court because it helped me to get rid of my ordeal. I had lived with it for many years and now I feel so much better.

‘Still, I have to say that there is such huge pain in my heart. I can’t imagine I will be completely cured of it one day.’

Speaking about the moment she came face-to-face with Popkov in court, she added: ‘I felt disgust when looked at him, sitting there behind bars, so small and skinny. And with me he was strong and healthy.

‘I don’t want to know that this beast will live,’ she said. He should be executed, shot dead.’