Let’s be ept, shevelled and combobulated! Countdown word-whizz SUSIE DENT is on a mission to bring back the positive versions of everyday words like inept, dishevelled and discombobulated and offers a gormful guide to boosting your vocab

While you brush your unkempt hair and tidy your dishevelled clothes, have you ever thought how pleasant it would be to wake up ‘shevelled’ and ‘kempt’ for a change?

That’s probably asking too much . . . but I’d be thoroughly ‘gruntled’ and ‘combobulated’ if those words did exist. And if I ever get my way, they will.

That’s because I’m campaigning for the revival of the positive words that have been lost from our language. And none more so than the counterparts to what linguists call ‘orphaned negatives’, or words that have lost their better half.

These are the unkempts, uncouths, underwhelmeds and nonplusseds of this world, those that have lost their mojo and linger on the bad or sad side of life. As it turns out, there are hundreds of them.

Superstars, for example, try to travel incognito. But wouldn’t it be marvellous for the rest of us to travel ‘cognito’, so that everyone knew us immediately without all the tedious passport-check queues and boarding pass faff? 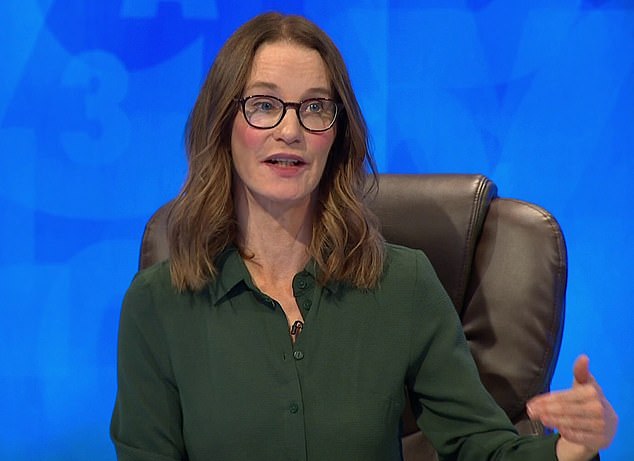 Susie Dent is campaigning for the revival of the positive words that have been lost from our language. And none more so than the counterparts to what linguists call ‘orphaned negatives’

‘Good afternoon, Susie,’ the baggage handler would say, ‘I see you’re travelling cognito today, so there’s no need for any security rigmarole — you can go straight to your seat. Oh, and here’s a complimentary G & T.’

Or, if you’re feeling a tad impecunious at the moment (and who isn’t in these hard-stretched times?), you will surely agree that the world would be a better place if the word ‘pecunious’ could be revived. After all, it used to exist — simply meaning wealthy.

In fact, that is the case for so many of the words we use today. Orphaned negatives have quite often been the offspring of jollier parents. ‘Kempt’, for example, comes from the German for ‘combed’, and hundreds of years ago simply meant neat and tidy.

To be ‘couth’ back in the 14th century was to be polite and agreeable — indeed, you can still be couthie in Scotland.

If you were compassionate and kind, you were full of ‘ruth’. Or feeling ‘feckful’? Then you are powerful, effective and vigorous.

Any ‘ruly’ person, meanwhile, would be pretty good at sticking to the rules.

But sadly, and inexplicably, all we’re left with now is the rather less sunny ruthless, feckless and unruly.

You might think I’m sounding a little gormless. And, of course, I’d rather be gormful, for I’m happy to report that to be full of ‘gaum’ was once to be heedful and discerning.

Even better, to be ‘gaum-like’ was to have an intelligent look about you. In Emily Bronte’s Wuthering Heights, the brooding Heathcliff wonders: ‘Did I ever look so stupid, so “gaumless”?’

And so the list goes on: once upon a time we could be ‘gainly’ (becoming), ‘toward’ (obliging and helpful) and ‘wieldy’ (handy with a weapon).

You could even be ‘gruntled’, too — though this one bucks the trend by having been a negative from the start. To be ‘gruntled’ meant to be ‘out of sorts’. The ‘dis’ was simply added for further emphasis.

Although, thankfully, P. G. Wodehouse thought differently, and in his 1938 novel The Code Of The Woosters he wrote: ‘Jeeves spoke with a certain what-is-it in his voice, and I could see that, if not actually disgruntled, he was far from being gruntled.’

As Wodehouse appreciated, English lends itself beautifully to wordplay.

And in a 1994 piece for the New Yorker called How I Met My Wife, the writer Jack Winter created a tour de force of missing opposites (many of which are his own inventions) that I will always remember:

‘I was furling my wieldy umbrella for the coat check when I saw her standing alone in a corner. She was a descript person, a woman in a state of total array . . . I wanted desperately to meet her, but I knew I’d have to make bones about it . . . Fortunately, the embarrassment that my maculate appearance might cause was evitable. There were two ways about it, but the chances that someone as flappable as I would be ept enough to become persona grata or a sung hero were slim.’ 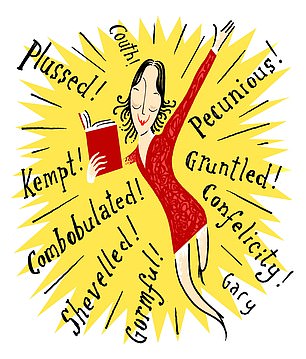 You can’t help but laugh at its brilliance.

So what happened to us that we became so intent upon dwelling on the negative side of life?

Every day on social media people condemn each other for disgusting behaviour or attitudes. How much nicer would it be if we were all a bit more ‘gusting’?

That one, to be fair, never existed, though at its heart is the Latin gustare, which means to taste. Disgust is something that leaves a bad taste in the mouth. Yet we never talk about leaving a good taste.

Perhaps that is because we seem to be, as they put it in the 16th century, decidedly more ‘ill-willy’ and critical rather than ‘well-willy’ and kind.

A quick look through a historical dictionary will tell you that we have always liked to wallow.

Dialect is famously full of words for being wet and damp, cold, hungry or grumpy. Add to that a plethora of words for blisters, being pigeon-toed or splay-footed, ugly and gossipy, and you get the idea.

As for our current spoken language, it is entirely understandable if after the past few years negativity has the upper hand. But there are soul-singing, uplifting words to be found if we look hard enough for them. 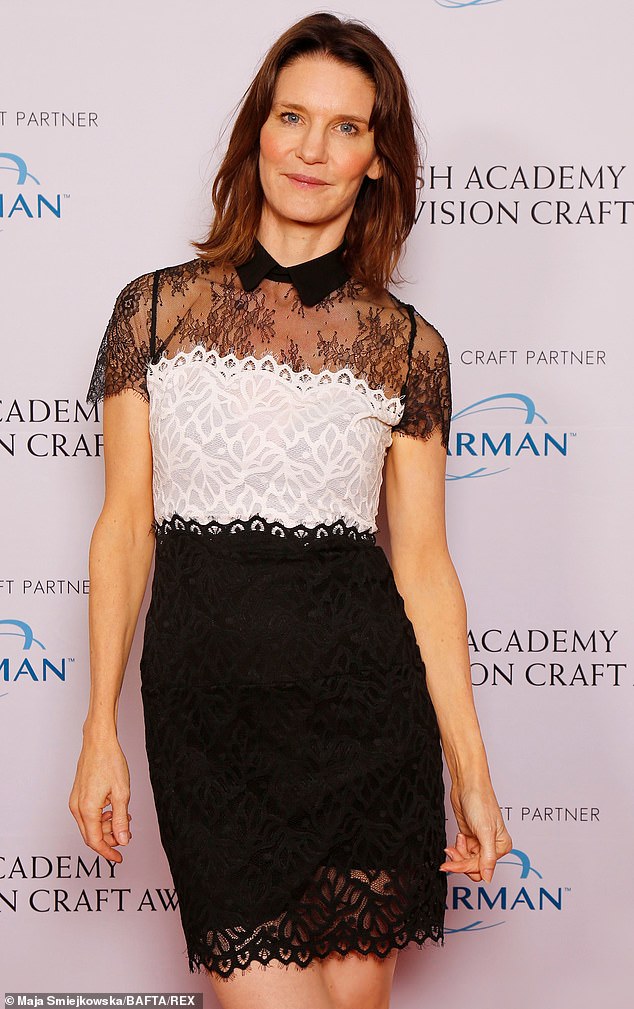 Every day on social media people condemn each other for disgusting behaviour or attitudes. How much nicer would it be if we were all a bit more ‘gusting’?, writes Susie

It might make you smile, for example, to know that the Victorians liked to call sausages ‘bags of mystery’ because they never knew what was in them.

Eggs, meanwhile, were known as ‘cacklefarts’ and penguins were once joyously called ‘arsefeet’ because their bottoms shuffle so close to the ground. Discoveries like these always make my day.

And there are many more forgotten beauties sparkling quietly in the dictionary. You many be familiar with the devilish German word schadenfreude (pleasure in someone’s else’s pain) but how much nicer is the less well-known ‘confelicity’ — joy in the happiness of others?

And if you need a word for the simple pleasure of feeling the sun on your back on a winter’s day — that’s ‘apricity’.

So let’s make it our mission to revive some of these, I say — to reunite the negatives with their positive siblings and find the smiles in language again. It is, after all, up to us, because English evolves as we would like it to.

If we want to be gruntled and chalant again, we can take the ‘in’ out of ‘inert’ and go for it.

We might even take a leaf out of the book of Mitchell International Airport in Milwaukee, which invites its customers to enjoy a moment of tranquillity, gathering their thoughts in its ‘Recombobulation Area.

If that’s what it takes to be consolate again, I’m all in.

Trump claims ‘THE BIG LIE!’ is 2020 election — not his false claims it was stolen

Official coronavirus R rate up again – and hits 1.2 across UK