After a year of sport watched by minimal live crowds, the notion of thousands of athletes entering a stadium before a throng of onlookers is hard to imagine. For organisers of this year’s Tokyo Olympics, which are hardly a sure bet, it would be inconceivable. The future of sport has rarely looked so tenuous.

Yet the backing from the International Olympic Committee (IOC) of Brisbane as the likely city to host the 2032 Olympics is a heartening sign that, despite the present-day disruptions, the Olympics is looking towards the future. 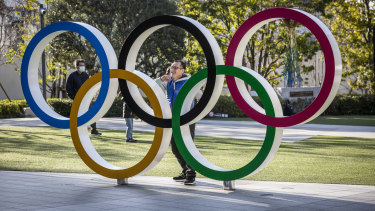 Brisbane is close to securing the 2032 Olympics.Credit:Getty

The choice is a reminder that even before the pandemic struck, the IOC was trying to move towards a more sustainable long-term model. After a chaotic 2016 Games in Rio, which left the country broke and with many crumbling, purpose-built stadiums, the committee knew it could no longer demand host cities spend lavishly on their bids, let alone build from scratch the enormous infrastructure required to host the Games.

Australian Olympic Committee president and IOC vice-president John Coates believes a Brisbane Games will be cost neutral, with the IOC and sponsorship deals expected to pay for the estimated $4.5 billion in operational costs. The Queensland capital already has many of the stadiums built and, with the Gold Coast and Sunshine Coast nearby, has an enormous supply of accommodation at hand.

External players had also made their voices heard, including US television giant NBC, which paid some $US7.5 billion for exclusive broadcast rights to show the Summer Games of 2024, 2028 and 2032 along with their winter counterparts. The backdrop of beautiful beaches, warm weather and the charms of casual Australians make a strong drawcard.

The bid had the backing of Prime Minister Scott Morrison and Olympic royalty such as Cathy Freeman. Such support helped convince the IOC that during times of uncertainty, backing the Brisbane bid was as sure a bet as they could make in ensuring its future.

Not everyone was happy with the new selection process, which emphasises a cheaper more collaborative approach between the IOC and hopeful host cities, rather than the frantic and expensive bidding wars that culminated in a high-profile final announcement. Germany, which was also hoping to host the 2032 Games, lamented the opaque nature of the selection process.

The speed by which the IOC made its call took some by surprise. A bid from Budapest only established a committee to look into the feasibility of hosting the Games in late January, while Brisbane’s was completed and made public in February 2019.

With government budgets blown by the pandemic, it will be essential to keep the costs down. Chief sports columnist Greg Baum has some worthy ideas. He believes Australia should spread the Games out. “It’s a historical artefact that they are assigned to one city when they, in fact, become a nation’s pride and project. With a bit of nimble thinking, they can be Brisbane’s Games, but in many places.”

He also questions whether all the athletes and auxiliaries need to stick around for the whole event. “Fly-in, fly-out, could streamline costs and sharpen presentation. Despite the imperial way the IOC carries itself, it ought to know by now that smaller is not always lesser. In its own way, Athens 2004 demonstrated this.”

There are many years of planning ahead – although let’s not forget that the bid still has some hurdles to overcome – but it should be an enormous boost of confidence for Australia. The pandemic and a rise in divisive politics has left the world in a precarious state. The Olympic Games is one of the most powerful collective global acts of cooperation. For Australia to be entrusted with possibly hosting the event 32 years after the successful Sydney Olympics should be an achievement welcomed not just by Queenslanders, but the nation.

Note from the Editor

The Age’s editor, Gay Alcorn, writes an exclusive newsletter for subscribers on the week’s most important stories and issues. Sign up here to receive it every Friday.

‘It’s like they lose who they are’: Australian elders, aged care and respect