ALL 10 sperm whales stranded near a beach in Yorkshire have died, officials confirmed tonight.

The mammals were spotted on the beach between Tunstall and Withernsea, in the East Riding of Yorkshire, this morning. 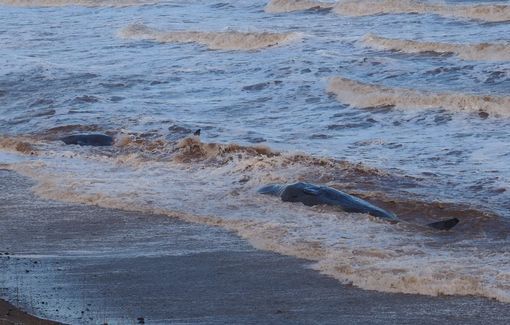 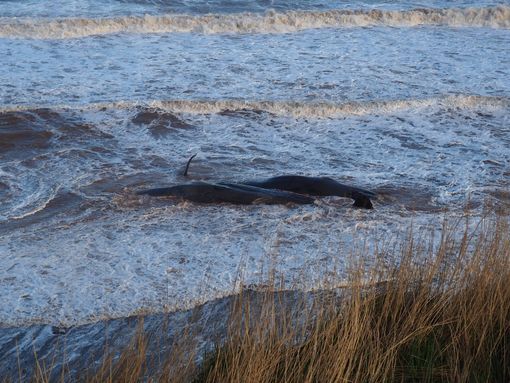 Rescuers battled to save them but confirmed they have died.

A British Divers Marine Life Rescue (BDMLR) spokesman said:  "We can only hope that there are no more whales still in the area that might yet come ashore.

"We would like to extend our heartfelt thanks and gratitude to all of our team involved on the ground and behind the scenes in this awful situation, today of all days for it to happen on, as well as our colleagues in the Maritime and Coastguard Agency who have been on scene all day dealing with these tragic and difficult circumstances."

The Coastguard was called to the scene earlier today with the public urged to stay away from the area.

Dramatic pictures show the tragic whales still in the water as rescuers try to find a way to remove them.

Emily Mayman, 30, an experienced medic with British Divers Marine Life Rescue, said: "We suspect it's about 10 whales. But we're waiting on more information at the moment. 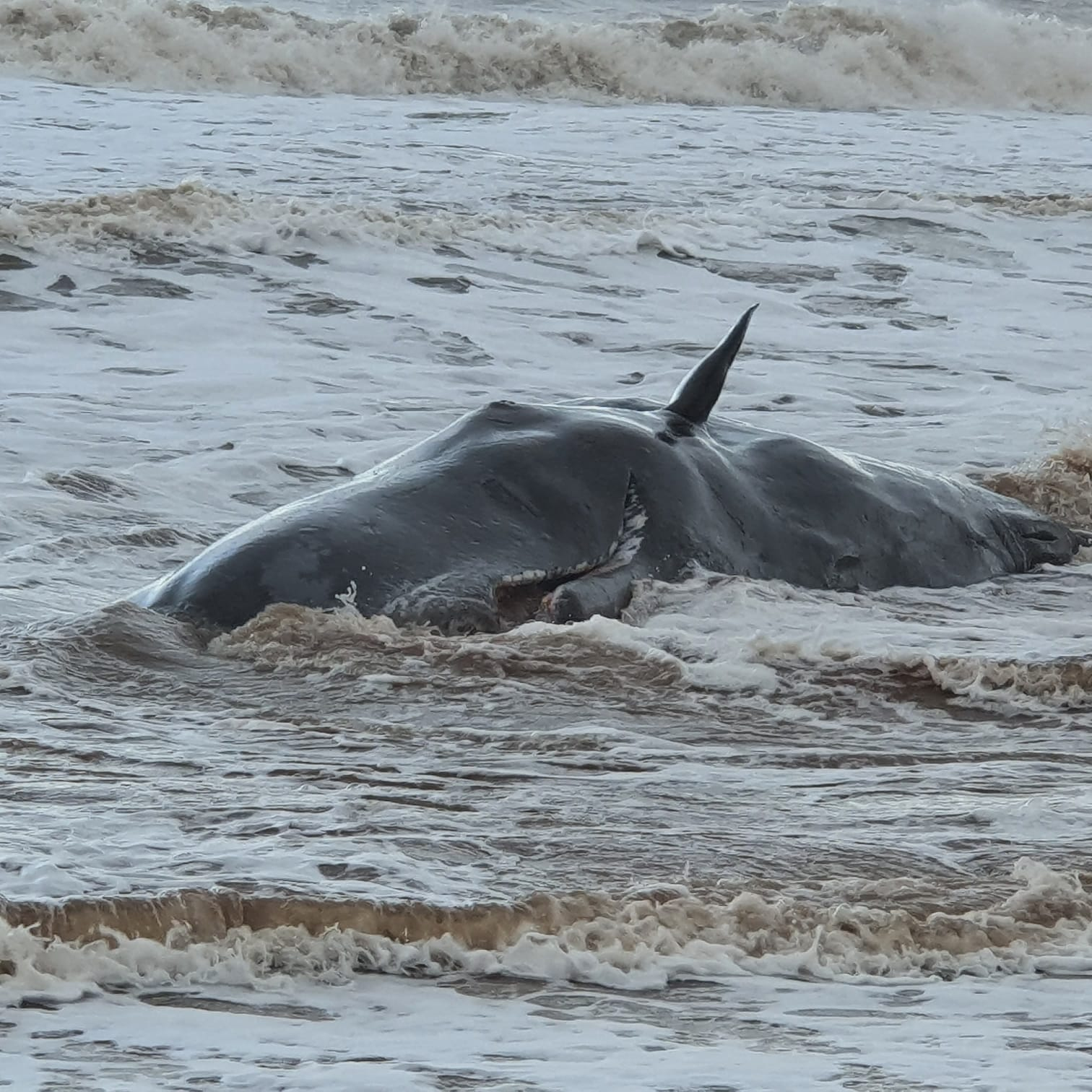 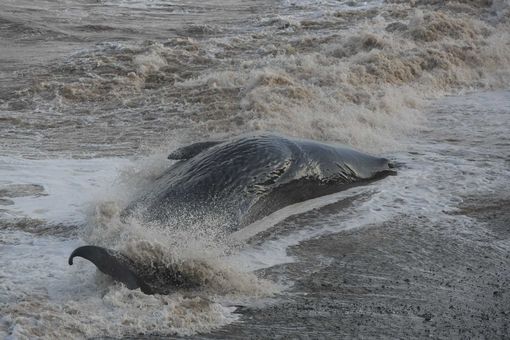 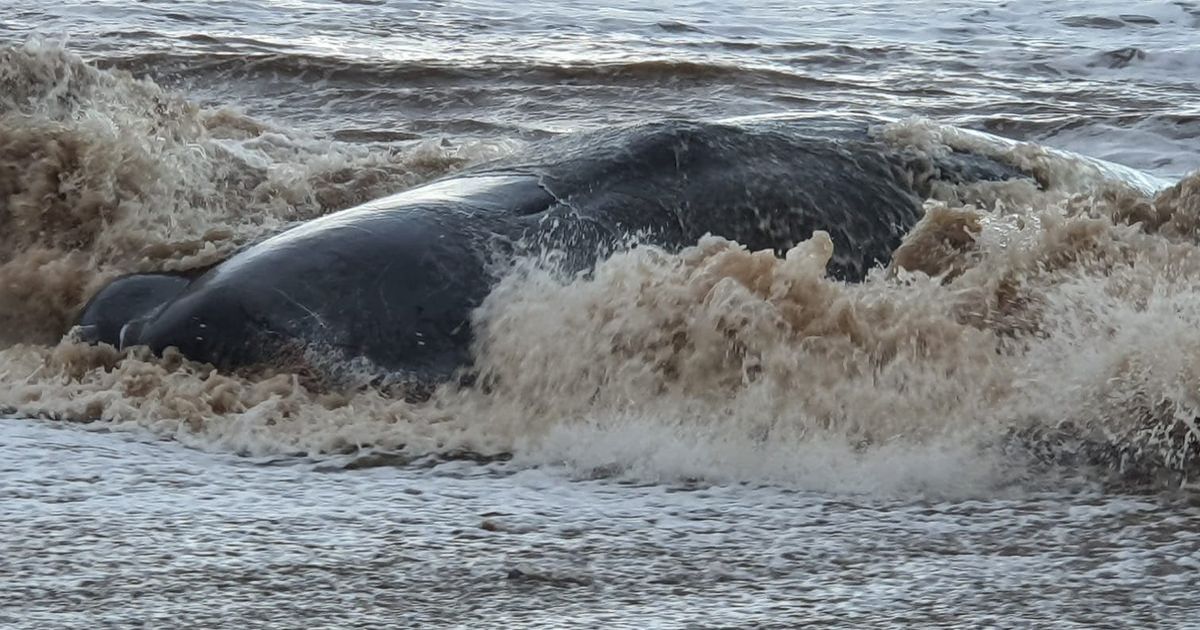 "We're not sure what caused this – but sometimes you get this happening to sperm whales dotted around the coastline.

"It's a massive shame.

"There's not much we can do with them. They are such big animals. Their skulls alone are so heavy so rescue operations are very difficult.

"They are a deep diving species, it's not in their best interest to try and put them back out again.

"It's very sad to see because they may be sick." 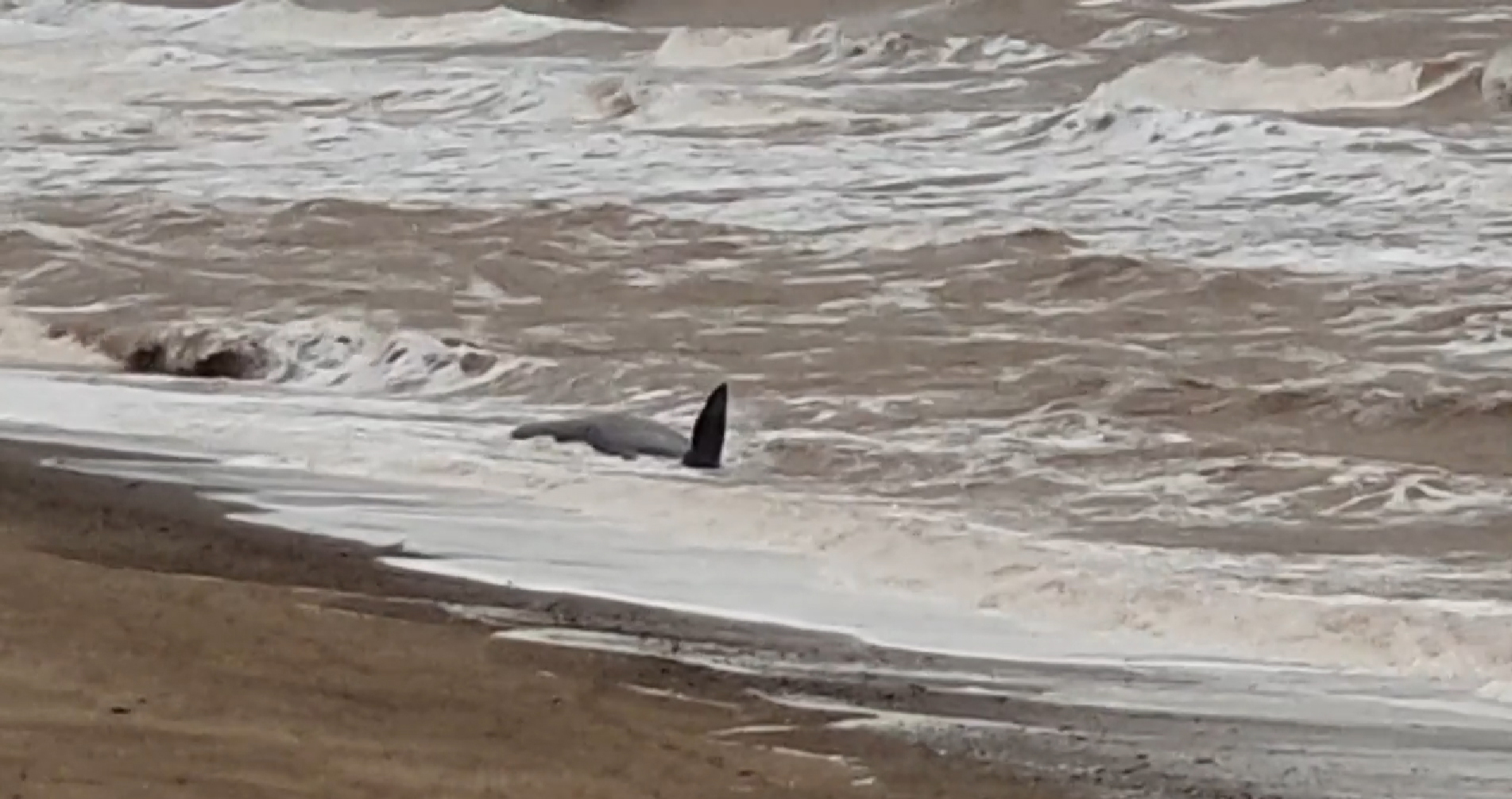 It was originally believed there were seven whales, but this has now changed.

The Maritime and Coastguard Agency confirmed they received a call just before 8.30am from a member of the public.

They were joined Humberside Police for the rescue mission, which was hampered by the rising tide.

Chief Superintendent Darren Downs said: “I understand the public interest in the incident but I would urge people to stay away from the area to allow the teams from HM Coast Guard to manage what is an extremely distressing scene.

“I would also remind people that there is a risk to themselves and others as crowds gather to witness the scene.  The Covid-19 pandemic remains a high risk to public health people should not gather in groups as there is a danger of transmission amongst the crowds.

“Please stay away from the area and support your emergency services in dealing with the situation throughout the day.”

There have been frequent reports of whales washing up on British beaches over the past few years.

In May this year, a huge 40ft fin whale washed up dead in Clacton-on-Sea.

And in February, a giant endangered fin whale died after crushing its internal organs on a rock on a Cornish beach.

A report last year, led by Rob Deaville of the Zoological Society of London, found 4,896 whales, dolphins and porpoises died on UK beaches between 2011 and 2017.

These figures demonstrate a 15 per cent rise on data from the previous seven years.

The growing number of carcasses may be an indication of a threat to UK marine life but dead whales can also be a danger to humans as they can carry infections and even explode. 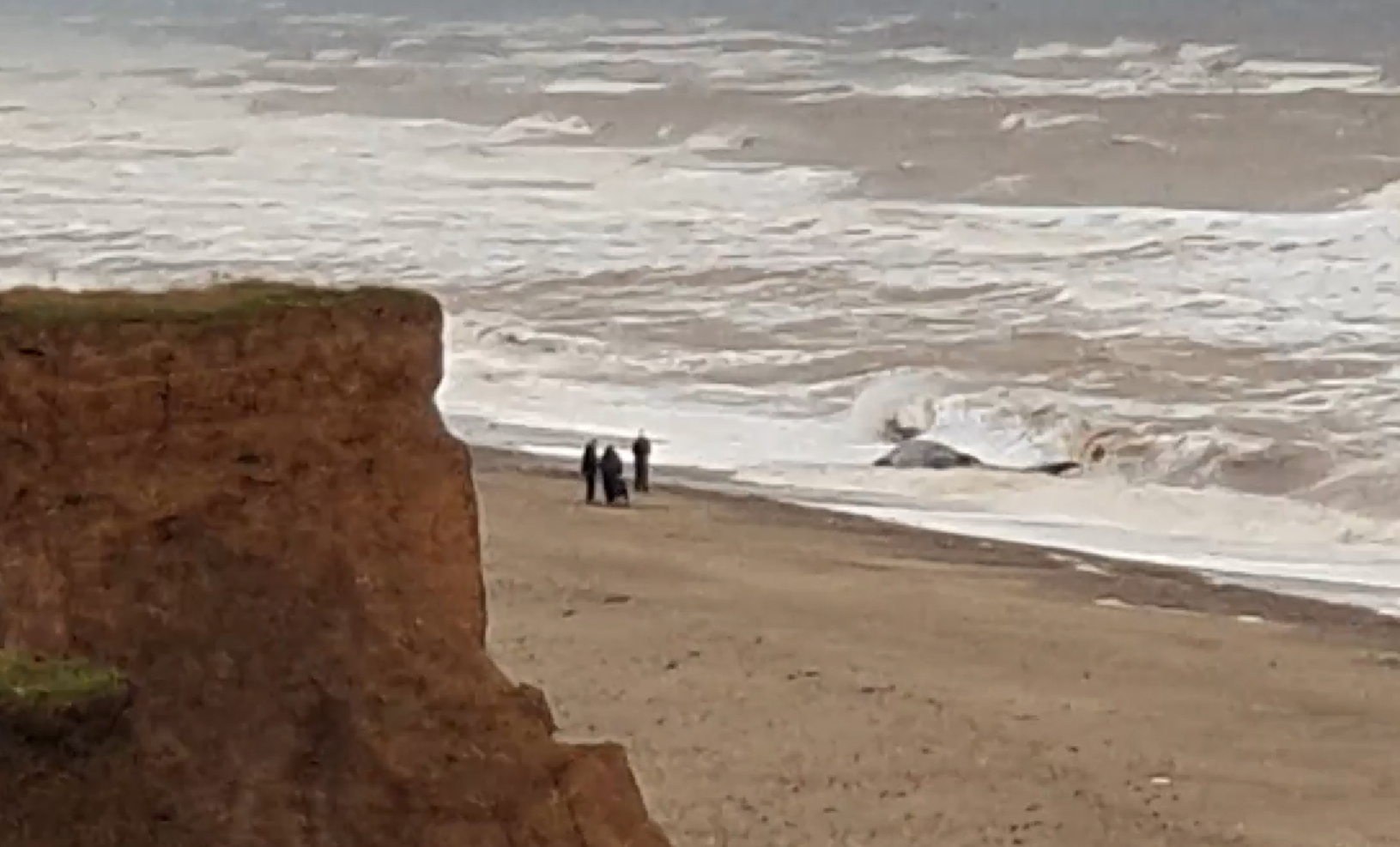 Moment scuffle breaks out on summit of Snowdon 'over queue jumping'