Heart-stopping footage has captured the moment a group of surfers paddled for their lives as they were stalked by a great white shark.

Musician Hein Cooper, 30, was catching waves with his friend Genji Pitt near Ulladulla on NSW’s South Coast on September 18 when they spotted the five-metre great white’s dorsal fin moving rapidly towards them.

The two mates and the four other surfers in their group were filmed by an onlooker paddling desperately back to to the rocks to escape the predator.

Mr Cooper, who initially confused the shark for a harmless seal, told Daily Mail Australia about the ‘humbling’ moment he realised he was in a life-threatening situation. 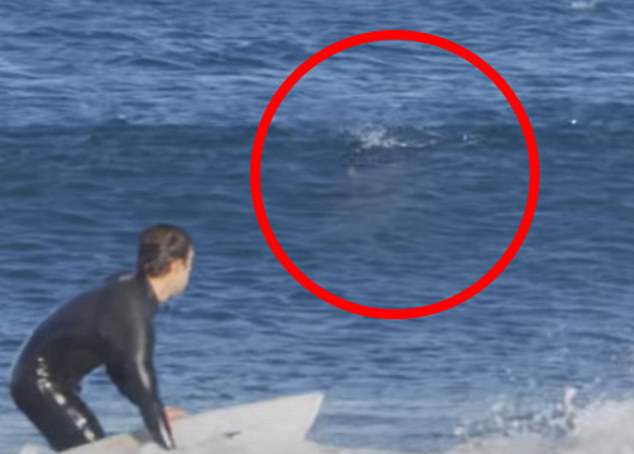 Musician Hein Cooper, 30, was metres away from a huge adult great white shark 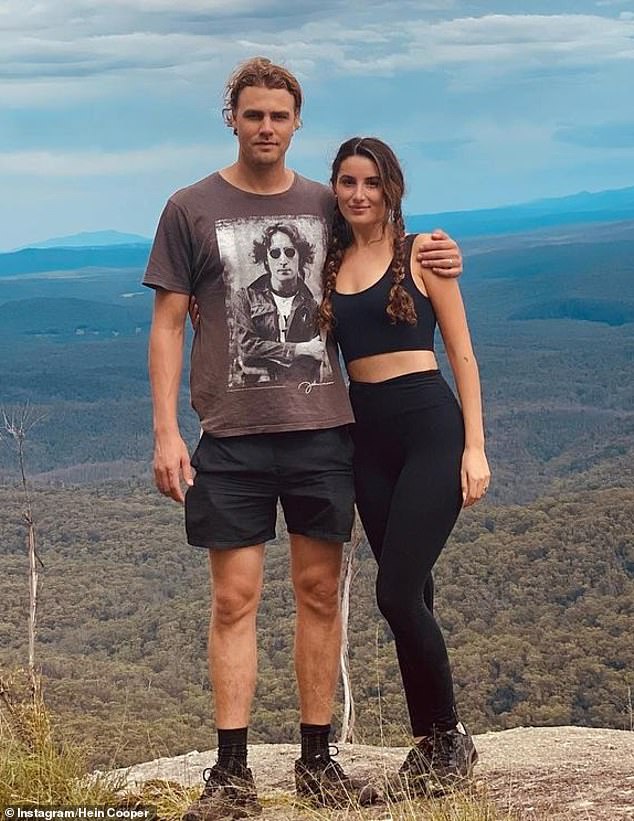 ‘I was facing towards the ocean and looked back towards the beach and saw a fin about 35m away,’ he said.

‘I thought at first it was a seal as it had its fin out to the side to get air, but when I looked back it had come to within eight metres of us – that’s when I realised and had a Jaws moment and yelled “Shark!”

Mr Cooper, from the nearby town of Milton, said he felt lucky to be alive once back on dry land – but also to have come face to face with ‘one of nature’s finest designs’.

‘I just remember feeling the stone cold presence of an apex killer,’ he said.

‘I’d never felt that kind of energy before, we all just knew we needed to move immediately.

‘We were all very humbled and grateful to survive.’ 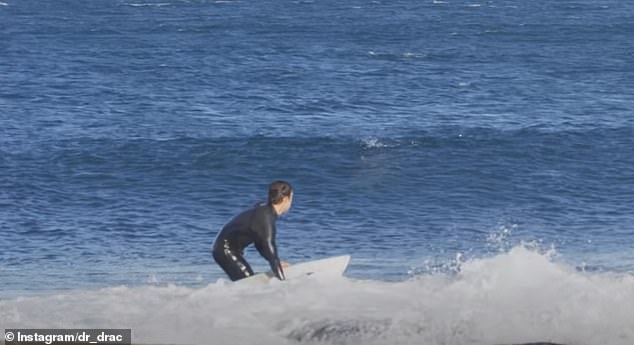 Heart-stopping footage captured the moment the group of surfers paddled for their lives. Pictured in the red circle is the shark’s outline under the water as the group raced to shore

Mr Pitt is the brother of motivational speaker and burns survivor Turia Pitt and a former Navy diver who has spent years surfing in Australian waters.

‘I worked out its dorsal fin was about 40cm high, which is about the height of a laptop screen,’ Mr Cooper said.

‘My friend spoke to a bunch of people and they concluded it was definitely a great white.’

The surfers also noticed the shark’s fins were square with triangle-shaped chunks missing –  a sign the predator was a full-sized adult.

‘We spent about half an hour on the headland just tripping out on what had happened,’ he said. 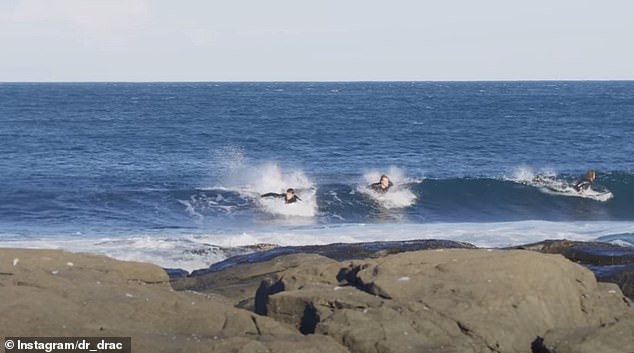 The musician and his friends have since bought tourniquets to prepare themselves for future shark encounters.

Mr Cooper said though his experience had not deterred him from catching waves and that he respected the great white’s right to roam around the surf.

‘If it actually had taken me there’s no way I’d want my family going after this shark,’ he said.

‘It’s not solving problems to put a bunch of hooks [on drumlines] out there.

‘People might think I’m crazy and say “what if if was your son?” 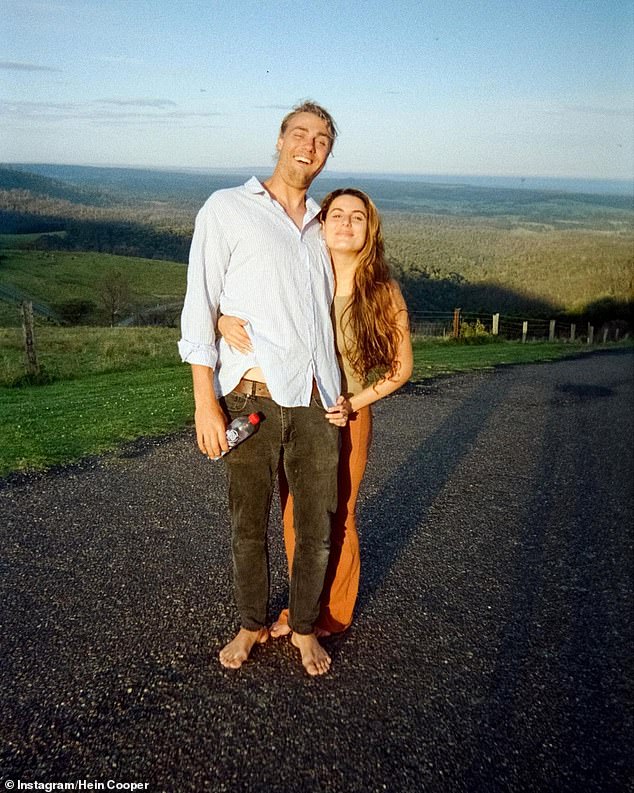 Mr Cooper, a musician who has surfed all his life, initially confused the shark for a harmless seal

‘But what do you think we’re on planet earth for? We’re not here to be bubble wrapped.’

Their encounter comes amid a rise in great white sharks attacks across Australia.

In the 1990s there were 82 recorded shark attacks in Australia, which jumped to 161 in the following decade.

Ghislaine Maxwell news: Socialite will be locked in prison cell for 23 hours a day – LIVE updates