The giant, majestic redwoods that helped shape America: Loggers pose for stunning tourist shots with the huge trees that dominated our landscape

This stunning collection of vintage photographs offers a fascinating look at the American landscape during the early 20th century and the inner workings of the lumber industry at its peak.

The picture album features nearly three hundred images captured throughout the West Coast between 1918 and the 1930s and showcases incredible snaps of enormous redwood trees, both standing and felled.

It also includes photos showing lumberjacks posed with vast sections of downed trees as well as pictures of the grand rock-formations in Yosemite National Park, California.

But it was perhaps the turn of the 19th and 20th centuries that can be considered the industry’s golden age – until conservation efforts eventually put a stop to the felling of the magnificent redwood trees in places such as northern California.

Many of the photographs were likely made for tourists to purchase and keep as souvenirs when visiting the West Coast, while some of the larger images would have originally been captured for timber companies to use in their advertising campaigns. 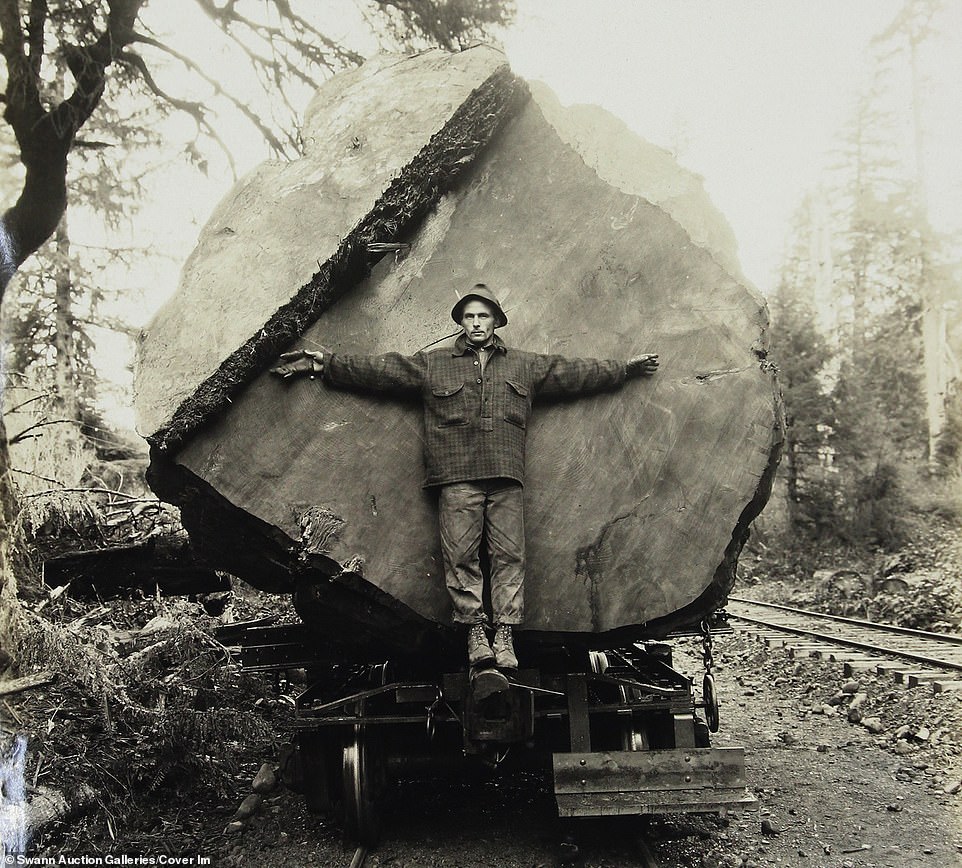 A lumberjack compares his size next to a felled redwood tree as he stands in front of it with his arms spread out. The photo is part of a collection featuring nearly three hundred images captured throughout the West Coast between 1918 and the 1930s, depicting the lumber industry at its peak 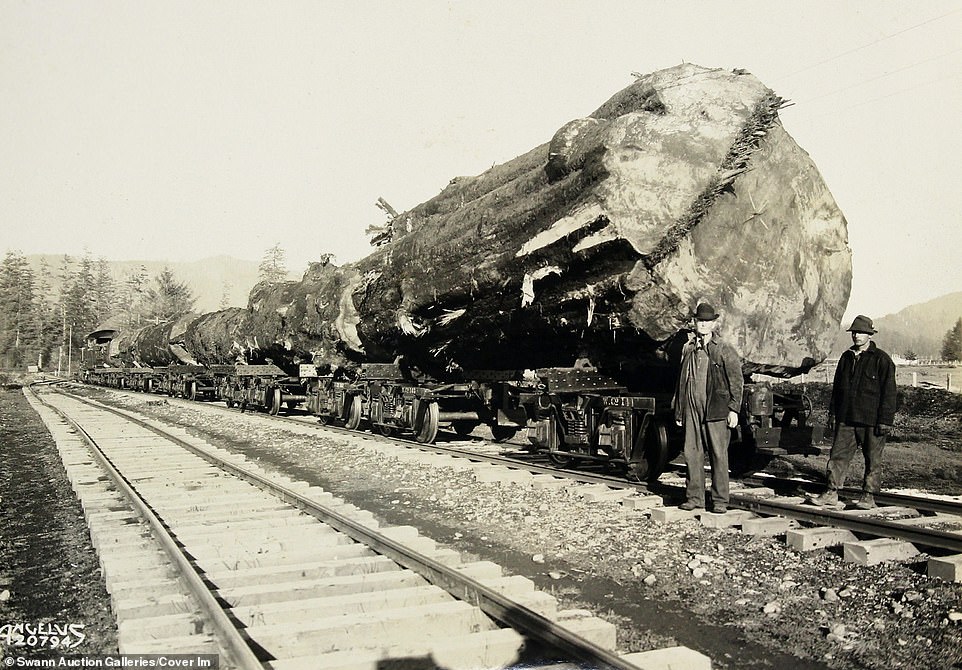 Two men stand on the tracks while a train carrying several trees sits behind them. This photo was taken in the early 20th century but the logging industry first took off during the 17th when British pioneers began exploring the continent’s forests 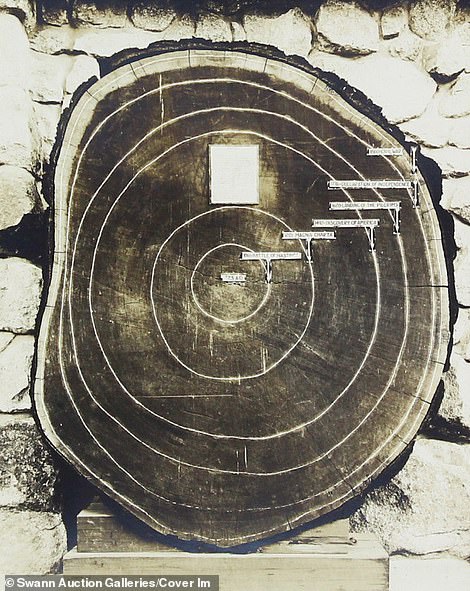 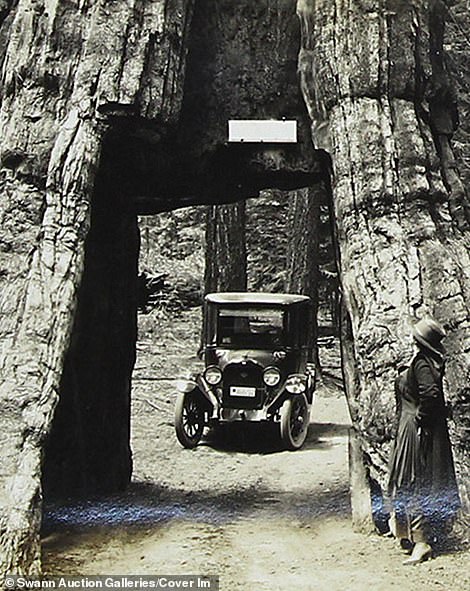 The base of a tree, left, shows small placards on each ring which refers to a world event. The earliest mentioned is the Battle of Hastings while the Civil War was the last. Captured in Yosemite National Park, the photograph is thought to be a collectible for tourists. Elsewhere, a car, pictured right, passes through a tunnel formed from a tree in Wawona, California 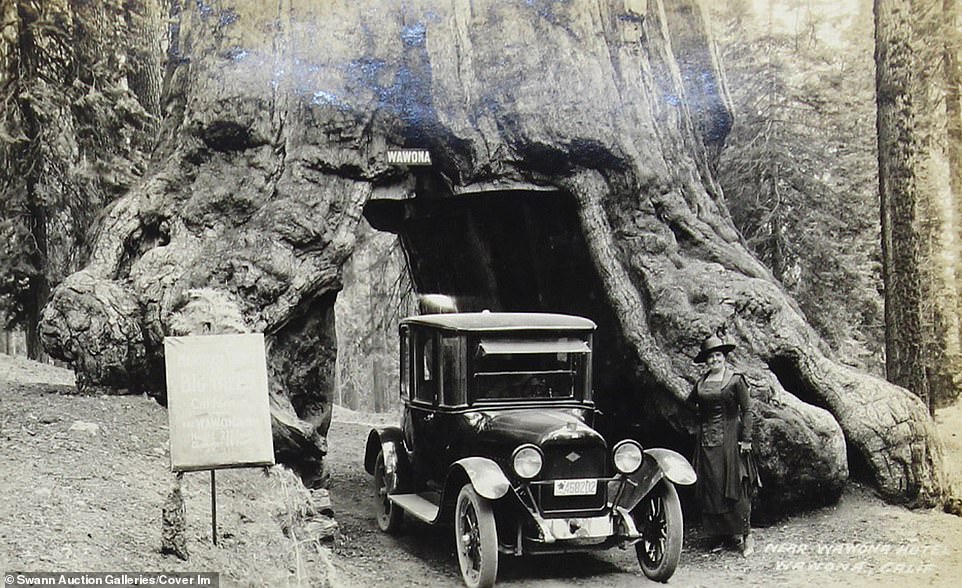 A woman stands next to a motorist driving through the Wawona Tree as the couple have their picture taken. The Wawona Tree, also known as the Wawona Tunnel Tree, was a famous giant sequoia that stood in Yosemite National Park, California, until February 1969. It had a height of 227 feet and was made a tourist attraction after lumberjacks created the passage 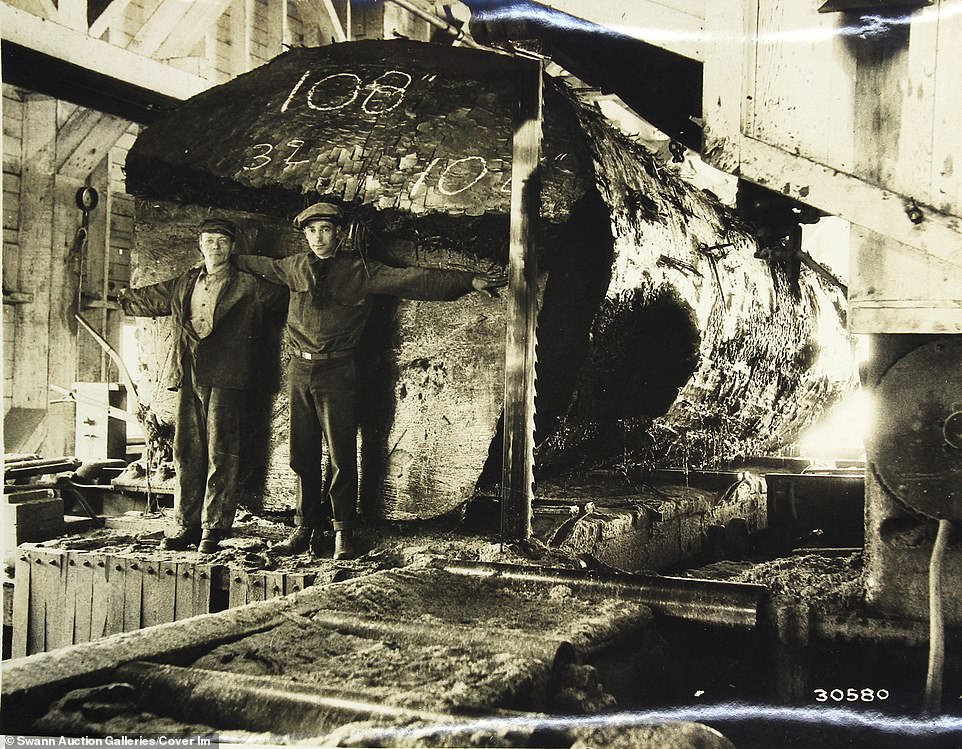 Used by timber companies during their advertising campaigns, two men stand in front of a tree after felling it to demonstrate the trunks large size 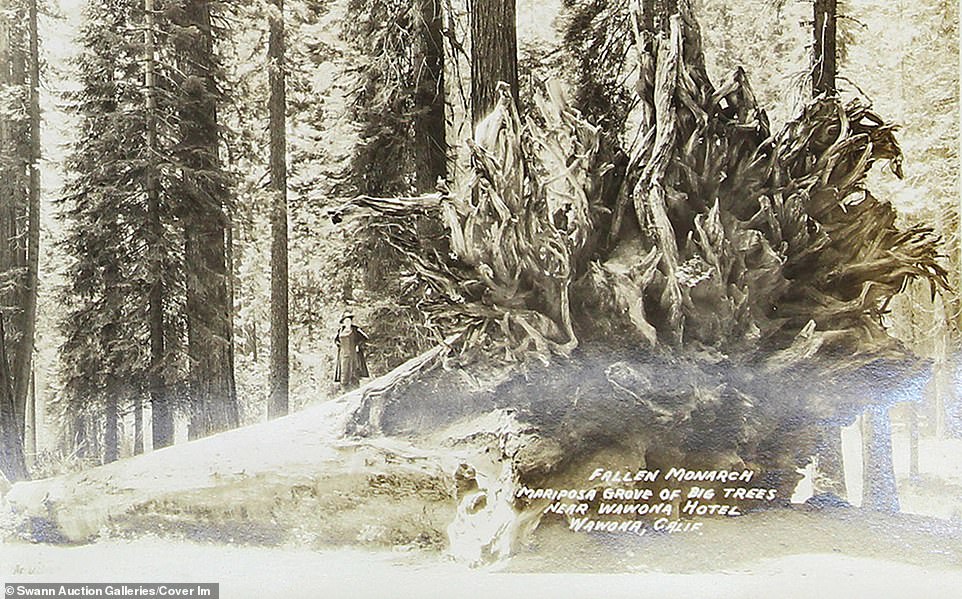 A fallen tree near Mariposa Grove of Big Trees, close to Wawona Hotel, California. The 19th and 20th centuries can be considered the industry’s golden age – until conservation efforts eventually put a stop to the felling of the magnificent redwood trees in places such as the northern part of the state 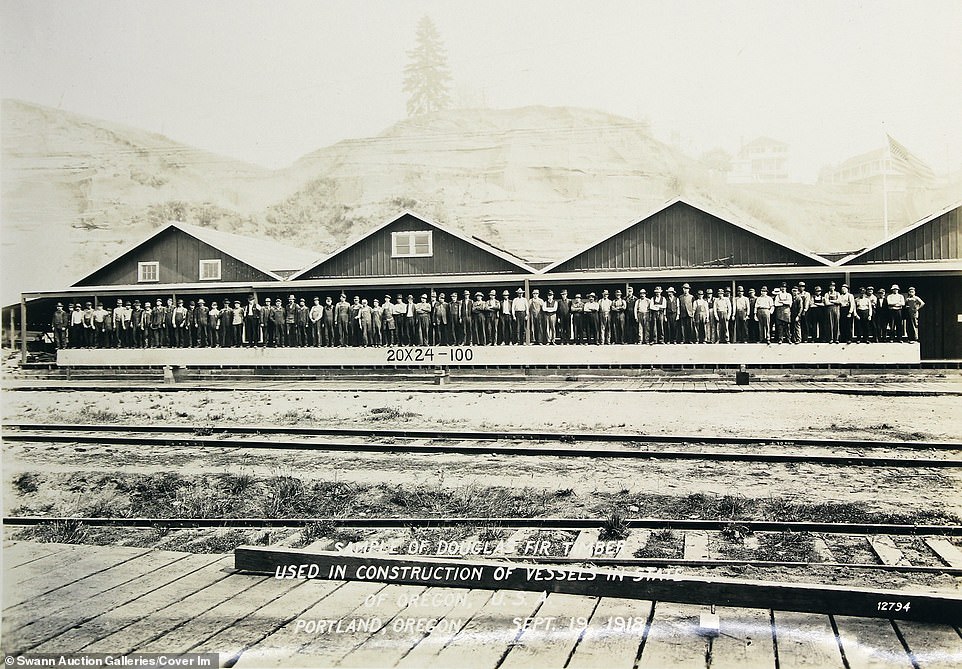 A group of lumberjacks stand on a wooden plank used for a train station’s platform which the caption indicates was made from timber felled by the men in Portland,  Oregon, in September 1918 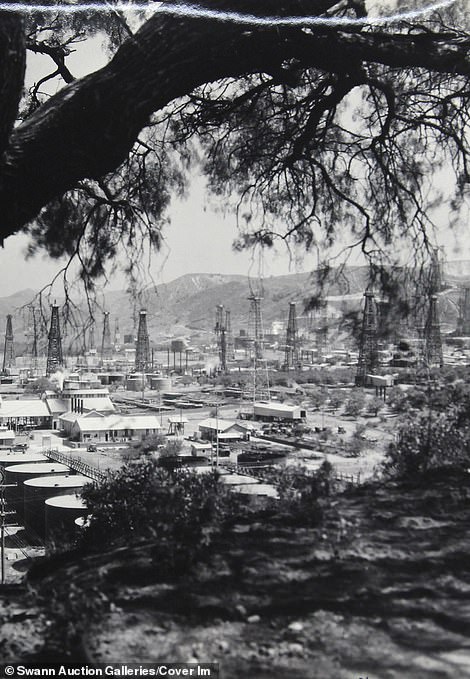 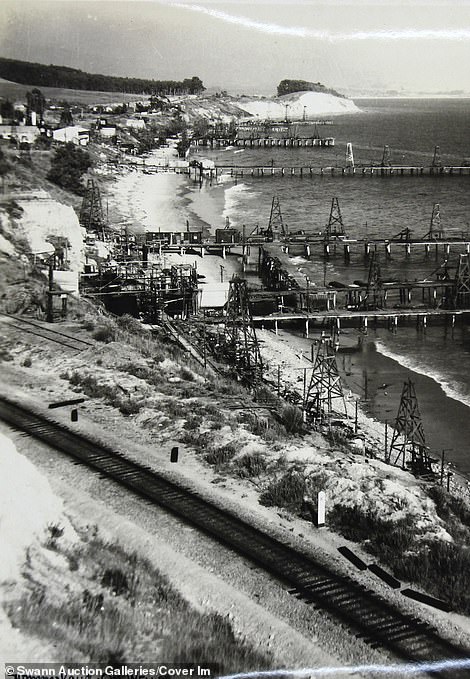 Coastal oil rigs in California. During the 20th century, the state’s oil industry grew to become the number one GDP export and one of the most profitable industries in the region 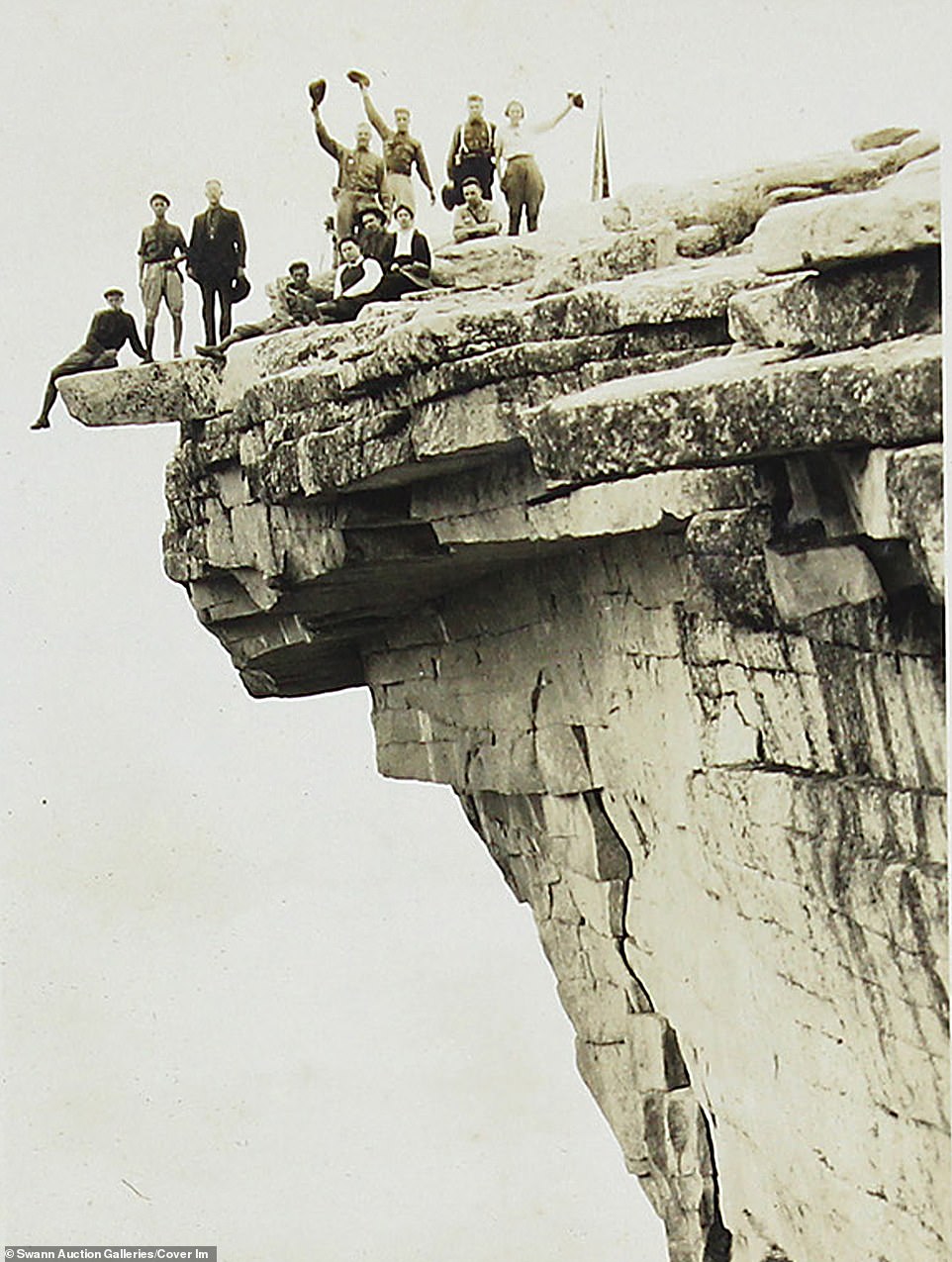 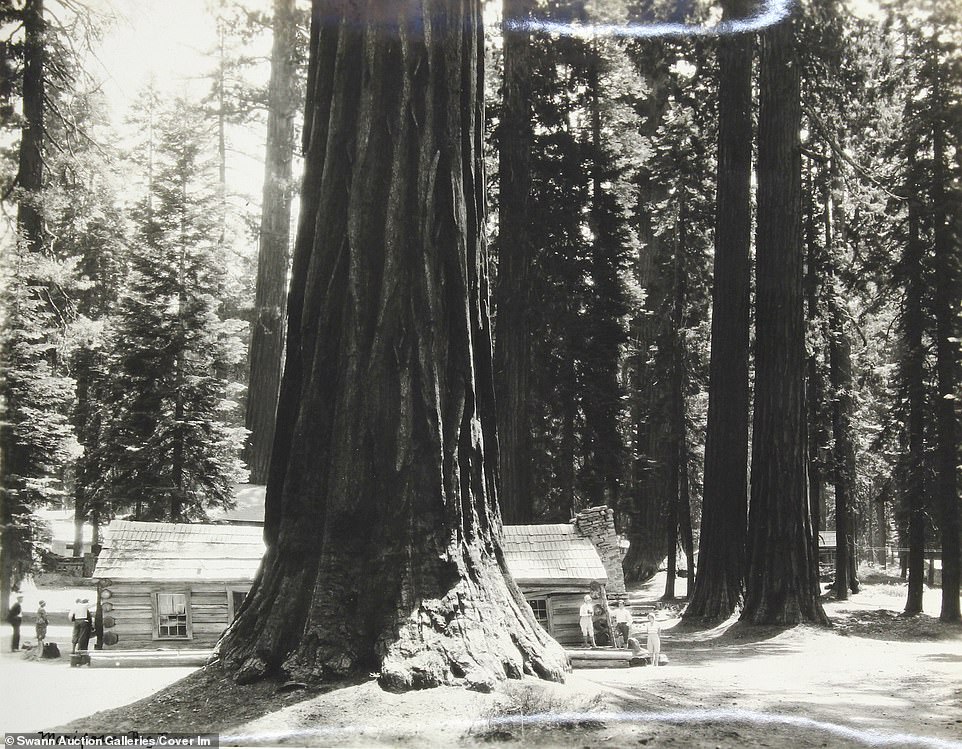 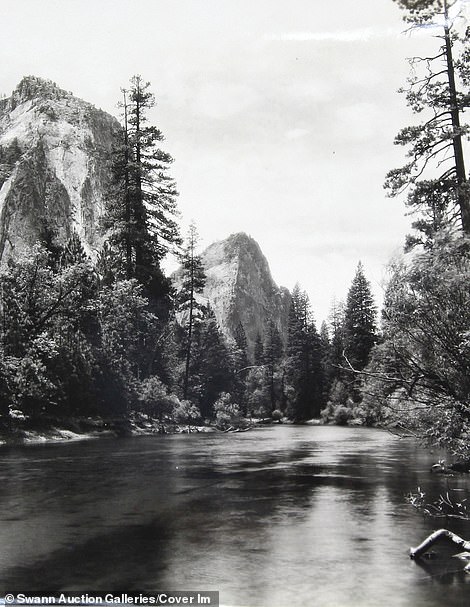 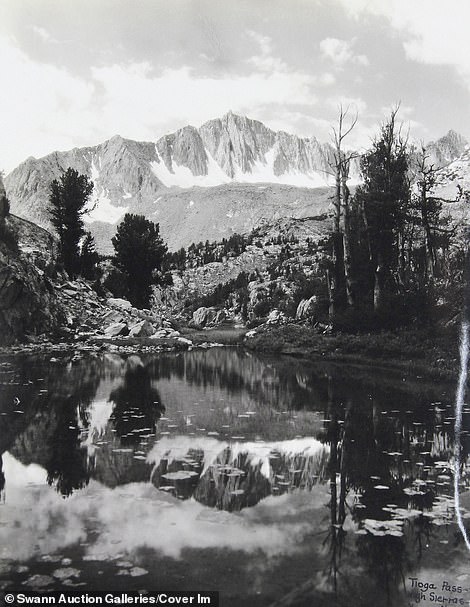 The landscape of Yosemite National Park, taken sometime between 1918 and 1930. Many of the photographs in the collection were likely made for tourists to purchase and keep as souvenirs when visiting the West Coast