Home » World News » The purr-t locker! Dopey cat gets her head stuck in a mousetrap

The purr-t locker! Dopey cat gets her head stuck in a mousetrap and has to be rescued by RSPCA who saw the box open to set her free

A dopey cat was left feline silly after getting its head stuck in a mousetrap.

The unfortunate moggy got her head wedged in the trap and had to be cut out by animal rescue officers.

The green pest-control box had to be sawn open in a late night rescue after baby oil failed to loosen her out of the trap.

Fortunately, Animal Rescue Officer Chloe Wilson, from the RSPCA, was able to free the confused kitty in Dalston, north London and return her unharmed to her owner.

An RSPCA spokesperson said: ‘Animal Rescue Officer Chloe had a late night rescue in London N16, where a cat had her head stuck in a pest control box. 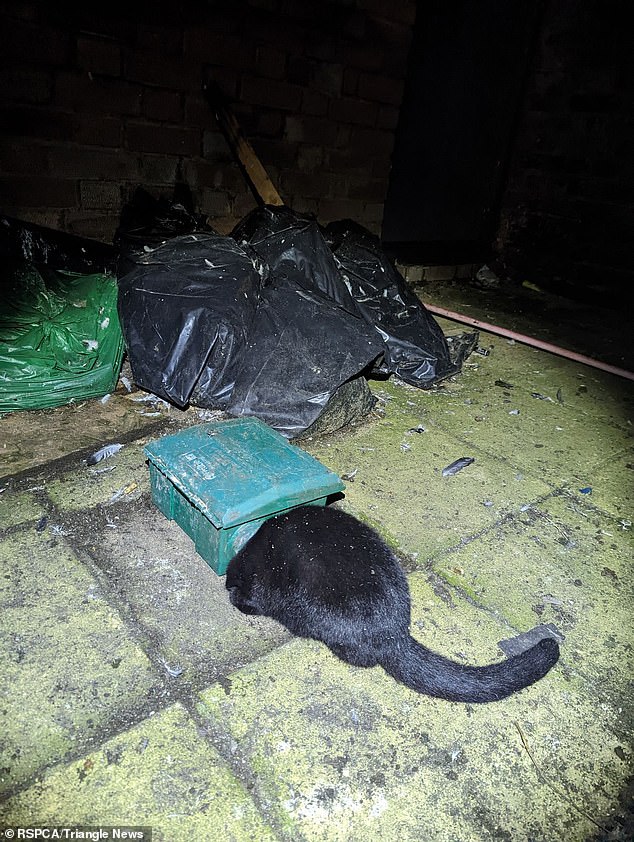 The cat was found with its head stuck inside the mousetrap on a patio in Dalston, north London 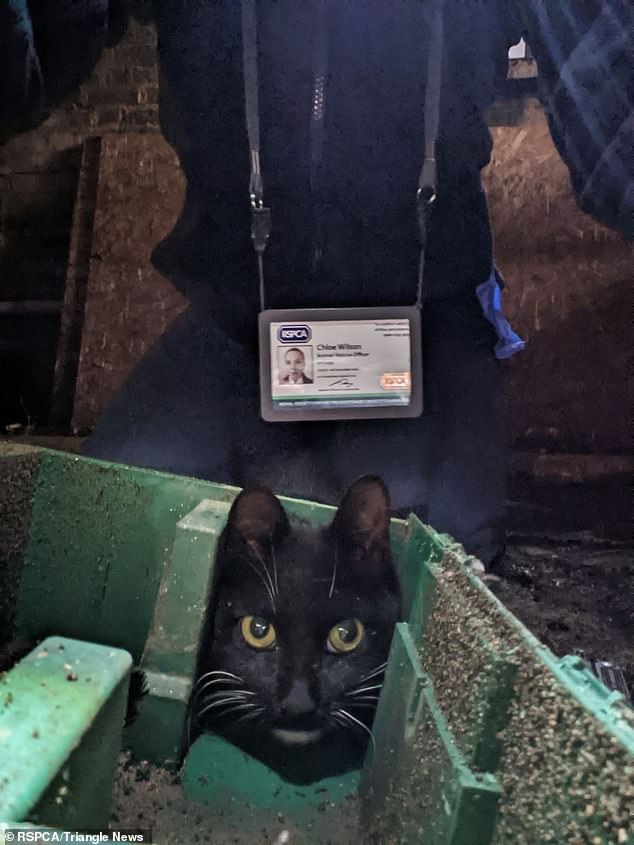 ‘She tried using baby oil to loosen her up but still couldn’t get her head through the gap.

‘She had to saw the box open to rescue her.

‘No injuries. Returned to her owner.’

A photo shows the black and white cat with its head fully inside the box – and its body resting out on the patio.

Another picture shows the bemused puss from the inside – after Chloe had sawn the box apart. 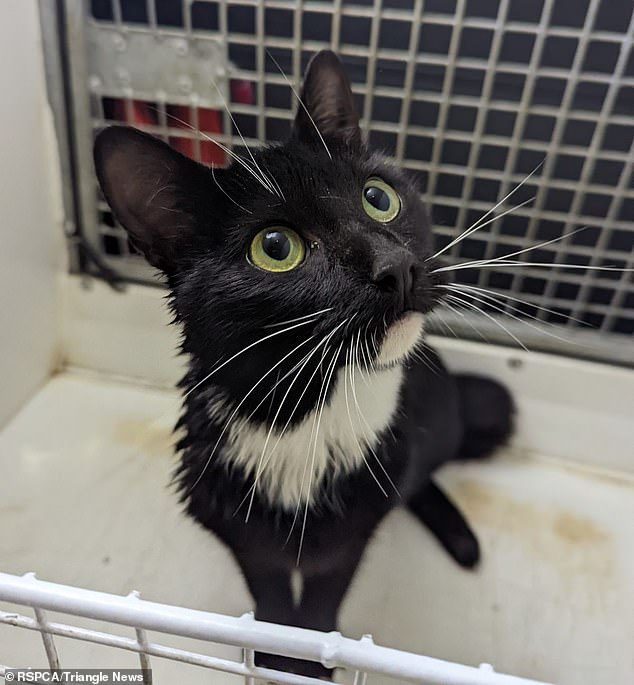 Fortunately, the bemused black and white cat was freed from the mousetrap without any injury

The third shows the cat safe and well – if a bit confused – before it was returned safely home.

The scene sparked concern with some commenters on social media after the RSPCA posted details of the incident.

One, called Barney, said: ‘Must have been hungry.

‘But worrying as to what is in the box.’