Home » The right to ‘chestfeed’ enshrined in government workplace agreement

The Victorian government has become the country’s largest employer to include the term “chestfeeding” in a workplace agreement as part of a broader push to use gender-inclusive language.

The agreement sets out the workplace conditions for about 50,000 public servants, and coincides with the Australian Breastfeeding Association defending a booklet it created for transgender parents that sparked debate about political correctness in conservative media. 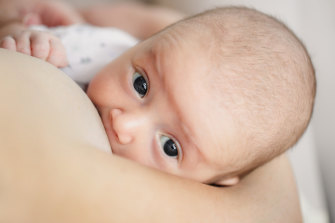 The Victorian government has become the country’s largest employer to use the term chestfeeding in a workplace agreement.Credit:

The Community and Public Sector Union advocated for the term during negotiations with the state government last year and its new four-year agreement states that employees may take reasonable time during working hours to breastfeed or chestfeed.

“Employees cannot be discriminated against for breastfeeding or chestfeeding or expressing milk in the workplace,” it reads.

The union’s industrial officer, Megan Wenlock, said she wanted to ensure the agreement, which took effect in October, reflected all public servants.

“I came across the term chestfeeding and how it was an inclusive term for trans men and non-binary individuals who may chestfeed their children,” she said.

“We wanted to make sure the language was inclusive and removed gender biases.”

But the opposition’s industrial relations spokesman, Tim Smith, hit out at the changes, saying “any sensible person understands that only women can breastfeed”.

“That obvious biological fact should be reflected in the government agreement,” he said.

Chestfeeding is a term used by some transgender parents to describe feeding a baby from their chest.

The Australian newspaper reported on the booklet last weekend.

The groups say the resource was intended as optional material for the trans community and not an attempt to rename the longstanding practice of breastfeeding.

“We will not be erasing gendered language such as ‘mother’ or ‘mum’ or ‘mothering’ from our vocabulary and we have no future plans to adopt the use of language such as ‘chestfeeding’ rather than ‘breastfeeding’ more generally within the association,” the group said on Facebook on Wednesday.

A Rainbow Families spokesperson said the organisation and the ABA were releasing “a standalone lactation education resource developed specifically for LGBTIQ+ parents”.

“We are not trying to change or erase the term breastfeeding or replace it with the term chestfeeding,” the spokesperson said.

“In the best interest of healthy, thriving families, healthcare providers should use language that is appropriate for the family they are supporting.”

It’s not known how many trans parents chestfeed or even use the term, but lactation consultant Barb Glare, from the Warrnambool Breastfeeding Centre, said it was not a phrase she used often.

During her 20-year career as a lactation consultant, she has used the term with three trans families.

“We are talking about a very small cohort,” she said.

“It shouldn’t subvert the work lactation consultants do with breastfeeding mothers. We can do both. We provide individualised support to a broad section of society.”

She congratulated the ABA for creating the resource for transgender parents.

Transgender Victoria’s media representative, Sally Goldner, welcomed the use of inclusive language in the workplace agreement for public servants.

“The union’s support as allies in this situation is very welcome,” she said.

The Fair Work Commission website shows that the Victorian government is the country’s second employer to use the term chestfeeding in a workplace agreement. The Working Women’s Centre refers to chestfeeding in its 2018 agreement.

Western Sydney University midwifery professor Hannah Dahlen said there was too much heat in the discussion.

She said isolated examples of language changes overseas, such as in the UK where midwives have been told to stop using “breastfeeding” and “breastmilk” when working with transgender patients, had made some people “very nervous, the same thing is going to happen here”.

“Lots of women are feeling outraged because they don’t want to call it chestfeeding,” she said.

“We’ve got to not offend the vast majority in engaging in this biological part of life. At the same time we’ve got to be humane and kind and inclusive to those who may not fall into gender-typical norms.”

A Department of Premier and Cabinet spokesman said the language used in the enterprise agreement was inclusive and reflected the diverse individuals who worked in the public service.

Male injured after shooting in Mississauga