London: It was more than a year ago that I agreed to be interviewed by Amol Rajan, the BBC’s media editor, for his documentary The Princes and the Press, seemingly amid much misplaced hype.

Although I have spoken to dozens, if not hundreds, of these sorts of programmes in the past, I did go into it with some trepidation, fearing it would be yet another attempt by the BBC to have a go at the “media” it claims not to belong to (while constantly passing off newspaper exclusives as its own). 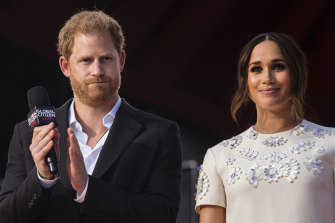 We met in a pub in Kentish Town and Rajan, 38, a Calcutta-born, government-schooled Cambridge graduate, was in typical cheeky-chappy form.

Crucially, our chat predated Martin Bashir’s 1995 Panorama interview with Diana, Princess of Wales blowing back up in the BBC’s face – and reports of a bullying complaint being made against Prince Harry and Meghan, the Duke and Duchess of Sussex, which hit the headlines days before their bombshell Oprah Winfrey interview in March this year.

Rajan mainly wanted to speak to me about breaking the story of Prince Harry’s relationship with a virtually unknown actress named Meghan Markle.

On October 30, 2016, we splashed the story of “Harry’s Secret Romance with a TV Star” on the front of the Sunday Express, where I worked for 15 years before joining London’s Telegraph in September 2018.

After blowing some smoke up my backside about the exclusive, which was nominated for Scoop of the Year at the 2016 British Press Awards, Rajan then started trying to find out how I had got the story.

Since a journalist never reveals her sources, I gave him rather short shrift and we then went on to discuss how Meghan was initially very well received by the media, and the relationship between the palace and the press in general.

It was all pretty uncontroversial – and I get the distinct impression that viewers are going to feel decidedly let down at this new BBC two-part series on the royals, despite the palace’s reported “fury” that they have not been offered a proper right of reply to potential claims about the relationship between Princes William and Harry.

First of all, I know the second of the two programmes has had to be extensively rewritten since the Duchess was forced to apologise for “unintentionally” misleading the court over whether she collaborated with the authors of the biography Finding Freedom during a Court of Appeal hearing in her case against the Mail on Sunday earlier this month. 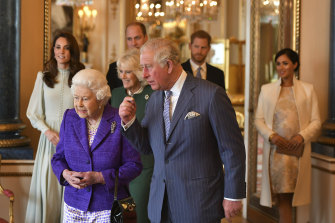 Prince Harry and Meghan have previously blamed negative reports about them on “briefings” from other members of the royal family.Credit:PA

So it seems as if it is not a case of the BBC withholding preview copies from the palace – but rather that it is still being edited right down to the wire.

The palace appears to be worried that Rajan has been told that royal aides purposely briefed the story of Megxit to the press, in an attempt to undermine Harry and Meghan. The Duchess has already claimed, incorrectly, that they briefed against her to me, when I wrote a story in November 2018 suggesting that Meghan had made Kate cry during a bridesmaids’ dress fitting.

Again, without wishing to reveal my sources – that is not an accurate description of how I came across that piece of information, which I still stand by despite Meghan’s claims it was Kate who made her cry. Perhaps they both cried? We’ll probably never know.

Omid Scobie, who has also contributed to the documentary, may have accused the palace of briefing against Harry and Meghan, but in the words of Mandy Rice-Davies, he would, wouldn’t he? The former European bureau chief of US Weekly, who I know personally, took a commercial decision some time ago to become a cheerleader for Team Sussex. Good luck to him.

Do you want to know the real truth about royal briefings?

I can honestly say that in my 16 years covering the royal family, I don’t think I have ever been called by the palace press office and actively briefed a story. Funnily enough, they don’t call us up saying: “You’ll never believe what Meghan did today.”

That’s not how it works. What happens is a journalist finds something out (which could be from anyone or anywhere), does some digging to stand it up and then calls the palace for a response ahead of publication (or not, if the intel is reliable enough).

Sometimes they offer guidance – but more often than not they decline to comment in line with the Queen’s long held “never complain, never explain” mantra.

The palace’s role is largely reactive, rather than proactive. Obviously, the PR machine goes into overdrive in response to something like Harry and Meghan giving a 90-minute bombshell interview to Oprah in which they accuse members of the royal family of being racist – but that’s what they are paid for (and why Harry and Meghan continue to employ spokesmen to brief back).

I appreciate that even the royal family have complained in the past about households briefing against each other (William and Harry apparently once feared their father’s press office was planting negative stories about them to make Charles and Camilla look better). I wasn’t reporting on the royal family then, and I was too young to cover the so-called War of the Waleses, so I cannot comment on that – though many reporting back then have long accused the palace press office of repeatedly lying to them over the heir to the throne’s adultery.

It isn’t hard to understand the relationship between “the Princes and the press”, however. The Princes would rather nothing negative ever appeared in the press about them – and employ people to spin in their favour. It is the job of a journalist to see through that spin and report what is really going on in a fair, accurate and contemporaneous manner – whether the royal family likes it or not.

Just a Reminder: Georgia's Wins Are a Result of Stacey Abrams's Tireless Work