Tesla (TSLA) CEO Elon Musk took the witness stand on Friday to defend his 2018 Twitter posts against a group of Tesla shareholders.

The shareholders hope to persuade jurors that the posts — specifically the one where Musk tweeted “funding secured” to take Tesla private — were false and therefore violated securities laws.

“The tweets are truthful — just simply short,” Musk said on the stand Friday in response to the shareholders' lawyer who questioned whether Twitter's character limit posed a risk that communications could lack context. Musk accused the lawyer of misleading the jury by conflating the two.

The shareholders' lawsuit, which targets Musk’s tweets on Aug. 7, 2018, alleges that his statements caused Tesla’s stock price to jump, then tumble once it was learned that the purported take-private deal was off the table.

According to the shareholders, Musk illegally manipulated the stock price and he and Tesla's board should be held accountable for an unspecified portion of billions of dollars in damages sustained by those who bought or sold the company's stock after the tweet and up until Aug. 17, 2018.

On the stand Friday, Musk took issue with the shareholders' contention that his tweets may have the ability to manipulate Tesla's stock price.

Asked if he ignored the advice of Space X and Tesla executives and investors who in 2018 suggested he take a break from Twitter, Musk said: “I suppose I continued to tweet, yes.” 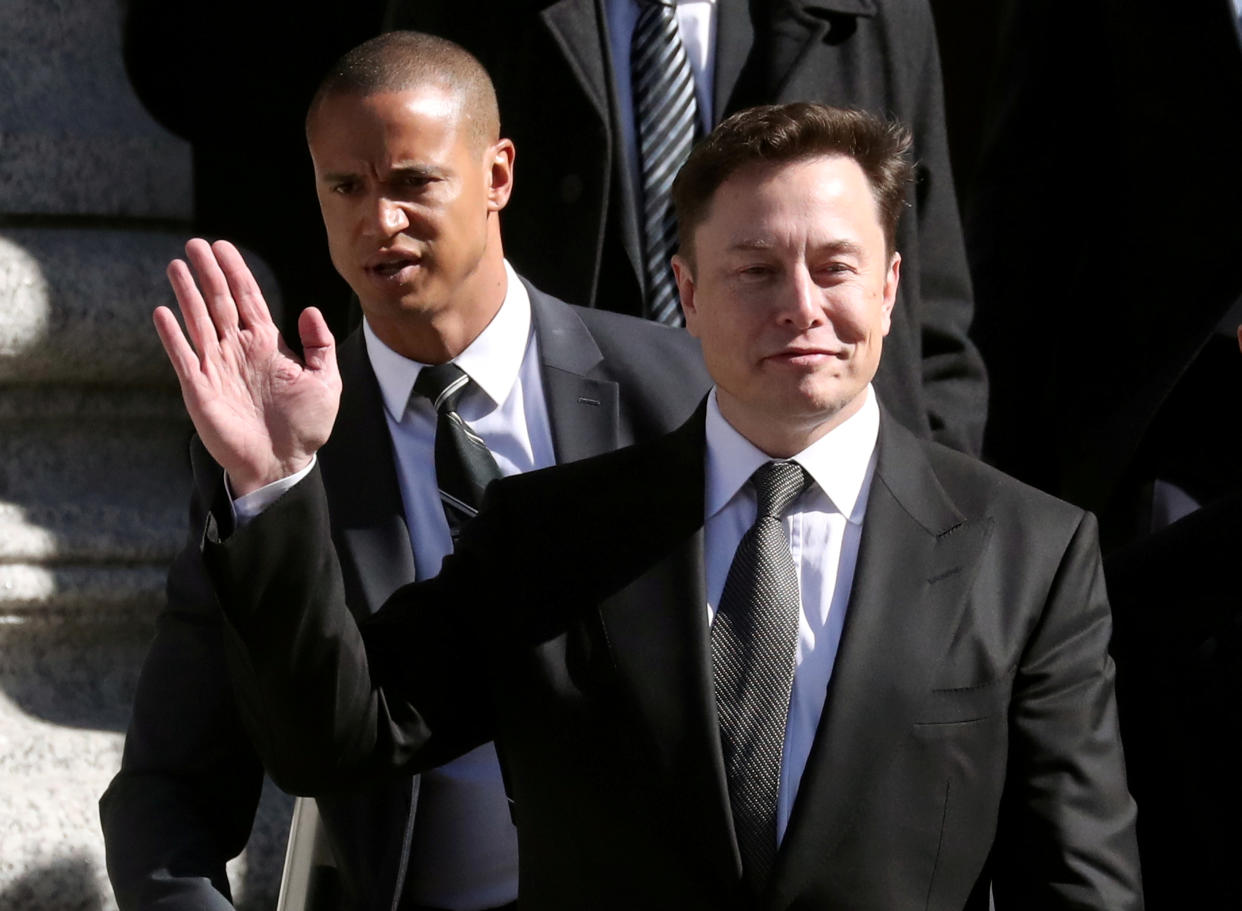 Musk also described 2018 as an "excruciating" year and one of "extreme pain" — during which he was sleeping on the floor of Tesla's factory to keep the then-struggling EV company afloat.

"It’s important to note that there has not been a successful American car company to reach volume production in the United States since Chrysler in the 20s, so it’s been about 100 years," Musk said shortly before court adjourned for the day.

At the start of his testimony, Musk characterized Twitter as one of the most democratic ways to give equal access to information. Musk is currently the chief executive of the social media company after taking it private last year.

“I care a great deal about retail investors," Musk said, explaining why Twitter continues to be one of his main avenues for communication.

Musk's testimony is set to continue on Monday.

The billionaire's testimony followed that of Tesla shareholder, Timothy Fries, who said he lost about $5,000 during the period in question, and from Harvard Law School professor, Guhan Subramanian, who studies major corporate management buyouts.

Fries, the second of two Tesla stockholders to testify, said he relied on Musk's tweet to mean that Tesla would be taken private at the stated price of $420 per share.

“I assumed Elon spoke for the board,” Fries said about his decision to purchase about $18,000 in Tesla stock on the same day as the initial tweet. He then sold at a loss when the deal didn't come to pass.

On cross examination, Fries admitted that despite the tweet, he understood that a deal to take Tesla private hadn't been finalized.

"I knew it was still being negotiated,” he said during cross examination by Musk's lawyer.

Subramanian, who the shareholders called as an expert witness, characterized the form of Musk’s buyout proposal as “an extreme outlier” when compared with models of other major buyout deals he has studied. Musk’s tweet, he said, is an example of “egregious corporate governance” and his email mentioning the take-home bid to Tesla’s board as “illusory.”

On cross examination, Subramanian admitted that he relied on the deposition of Musk’s senior Goldman Sachs investment banker, Egon Durban, in formulating his opinion, though may not have read the deposition.

He said he may have relied on a research assistant to read the testimony, and could not precisely respond to Durban's statements that he communicated to Musk that the proposed deal structure and rationale “made perfect sense.”

"I've never seen a transaction like the one Mr. Musk contemplated here," he said.

In a separate case brought by the U.S. Securities and Exchange Commission in response to the funding tweet, Musk and Tesla settled the matter, each paying a fine of $20 million. Musk also agreed in the accord to step down as Tesla's board chairman and to have Tesla's general counsel review potentially "material" tweets before they are posted. Musk is currently seeking to have that part of the settlement dissolved.