Home » World News » ‘This is not a privatisation’: Super funds eye role in VicRoads

Industry superannuation funds have emerged as early contenders to run VicRoads’ licensing and registration arms after the Andrews government announced a partial privatisation of the agency.

Treasurer Tim Pallas promised on Friday that Victoria’s motorists would receive a better service from a partly privately-run VicRoads registry, which brings in $1.8 billion a year in revenue, but offered no guarantees that registration and other fees would not rise. 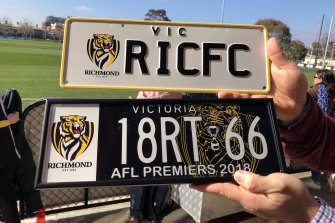 The proposed joint venture with VicRoads will be the first to use a private partner to manage vehicle registration and licensing. Credit:Yan Zhuang

Mr Pallas said the government was looking for a private player to rebuild the agency’s “struggling” IT system and modernise its services, in return for a concession to run VicRoads’ registration and licensing for up to 40 years.

The announcement was met with criticism from the registry’s main workplace union the Australian Services Union and the state opposition, with the union saying privatisation would lead to job losses among VicRoads workers, low service standards and higher prices.

But Mr Pallas said the state was unwilling to take on the financial risk of the giant rebuild of VicRoads’ systems, a project which was attempted and then abandoned several times between 2011 and 2015.

“We’re going to put in place a joint-venture partnership with the private sector to ensure that we get a modernised, adaptable service,” Mr Pallas said, vowing that the agency would never be completely sold off.

“This is not a privatisation, it’s effectively a partnership that hopefully will work for the Victorian people … [and] hopefully get them the IT systems they deserve.”

He said the government would maintain ownership of VicRoads, control over the pricing of services, access to the road network and the privacy of motorists’ data in what he called an “innovative approach”.

Mr Pallas said it was likely that a large industry super fund would provide the financial muscle for a successful bid in a consortium with at least one technology outfit. IFM Investors, the investment vehicle used by 27 Australian industry superannuation funds, was quick on Friday to stake out its interest in the VicRoads deal.

“We will look closely at this proposal as it presents an opportunity to undertake a long-term partnership with the Victorian government, while delivering essential services that Victorians rely on,” an IFM spokesman said.

Mr Pallas said the current VicRoads workforce was “doing an incredible job” and assured every worker in the agency’s registration and licensing and custom plates divisions that they would keep their jobs.

But the ASU, which has been lobbying hard behind the scenes against the idea of privatisation since it was first raised two years ago, was furious in the wake of Monday’s announcement.

The union’s Victorian branch secretary Lisa Darmanin said her members in VicRoads were sceptical of Mr Pallas’ assurances on wages and conditions.

“Whenever there is a discussion about privatisation in delivery of services, it means job losses, loss of wages, job insecurity for [workers] and their families,” Ms Darmanin said.

“Our members … are interested in seeing improvement to VicRoads and improvements to technology and to service delivery but we don’t think that the private sector making that investment into a public service is the only answer.”

“Labor’s privatisation of VicRoads will mean that every Victorian will pay more to get a driver’s licence and more for yearly car registration,” Ms Staley said.

“Labor is giving away billions of dollars of future revenue to get an IT company in to run a system it is incapable of running.

“Labor is so skint it is mortgaging the future to pay for an IT upgrade.”

Catch all the day’s headlines

At the end of each day, we’ll send you the most important breaking news headlines, evening entertainment ideas and a long read to enjoy.  Sign up here.