Three young fathers were killed when they crashed into a 20-ton lorry after a nine hour drink and drug binge, an inquest heard.

Unlicenced driver Alex Davidson, 19, was behind the wheel of a Ford Focus travelling at 50mph when it veered onto the wrong side of the road and crashed into the Mercedes Benz lorry in Llanedeyrn, Cardiff.

Alex died alongside his friends Robert Bambridge, 24, and Dayne Thomas, 22. 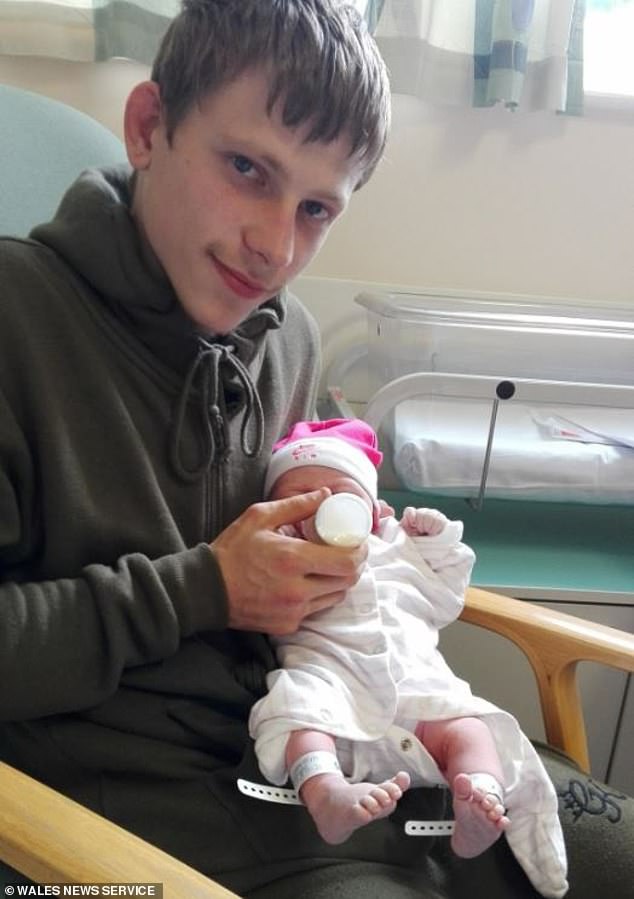 Unlicenced driver Alex Davidson, pictured, was behind the wheel of a Ford Focus travelling at 50mph when it veered onto the wrong side of the road and crashed into the Mercedes Benz lorry in Llanedeyrn, Cardiff. 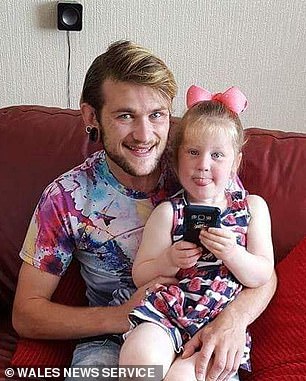 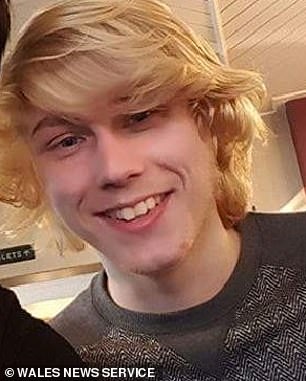 An inquest heard they were on a lads night out and had all been drinking and smoking cannabis before getting in the car.

Their Friend Brandon Driscoll told the hearing the group had drank for up to nine hours before the crash – consuming one-and-three-quarters of a bottle of whiskey, a full bottle of vodka, six cans of cider and two crates of beer.

The three men then left Mr Driscoll’s flat in Pontypool, Gwent, and got into Mr Davidson’s car to go to a nightclub 20 miles away in Cardiff.

Mr Driscoll said: ‘I was tired and too drunk to join them and I told Alex not to drive because it was dangerous after drinking all evening, and I was concerned. But he said he was fine and nothing would happen.

The hearing was told Mr Davidson only held a provisional licence and was uninsured and driving unlawfully.

Coroner Andrew Barkley concluded the three men died from a road traffic collision contributed to by alcohol and drugs.

The family of Mr Davidson, of Aberdare, South Wales, described him as a ‘loving dad.’

His family said: ‘Alex was such a happy loving person and an amazing Dad. Alex had no enemies and was loved by all.’

Dad-of-one Mr Bambridge, of Pontypool, South Wales, was described as a ‘kind-hearted’ dad.

His family said: ‘Our Robert, the most kind-hearted, free spirit you could ever meet.

‘Robert lived for his daughter and was at his happiest when they were together walking in the mountains and playing in the swimming pool.

‘To say that Robert was much loved would not do him justice for the love that we feel for him, he was a son, brother but most importantly a father and it is tragic that he has been taken from us so soon.’

The HGV driver was not seriously hurt and no arrests were made.

George Washington a 'LIAR who cheated his way to top', says new bio

Trump says US could lose 100,000 people from coronavirus