Tony Blair today said the UK must ‘make the best of’ Brexit as he blamed Jeremy Corbyn and the ‘mind-boggling ineptitude’ of the Labour leadership for facilitating Britain’s split from Brussels.

The former prime minister has been one of the most prominent figures fighting to keep the UK in the EU over the last three and half years.

But Mr Blair this afternoon formally threw in the towel as he urged Remainers to give up and banish thoughts of Britain rejoining the bloc in the near future.

He made clear it was his preference for the UK to stay but concluded ‘that is now behind us’.

He argued for the UK to now try to find its ‘niche’ on the world stage as he said: ‘Britain cannot be a global super power. But it can be a global leader.’ 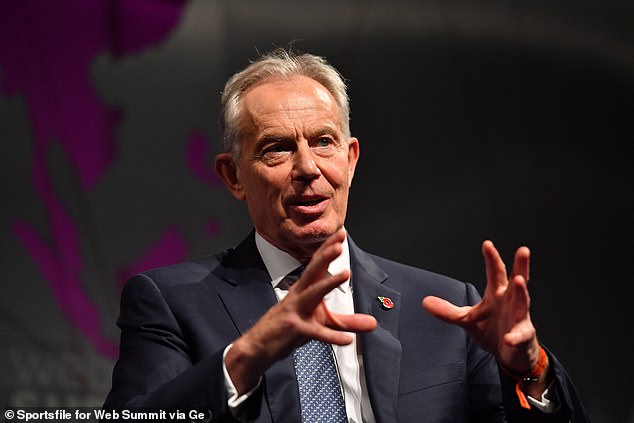 Tony Blair, pictured at an event in Lisbon, Portugal in November 2019, said the ‘mind-boggling ineptitude’ of the Labour Party had helped facilitate Brexit

He called for Britain to now unite and work together to take advantage of being outside of the EU.

But the vocal critic of Mr Corbyn could not resist taking one more shot at the current Labour leader before he steps down in April having led the party to its worst set of general election results since the 1930s.

In a statement published on his Institute for Global Change website, Mr Blair said: ‘I opposed Brexit with every fibre of my political being. I still deeply regret it, politically and emotionally.

‘Even now, I grind my teeth at the mind-boggling ineptitude of the Labour Party in helping facilitate it, first by failing to provide coherent opposition to it, and then by collapsing into a Brexit general election, only to complain about it dominating the debate.

‘But Brexit is happening, and our attitude now should be to strive to make the best of it; to approach it with determined optimism, not looking over our shoulders in unrequited longing for what was.’

Mr Blair said rejoining the EU should not ‘occupy us today’ as he said going back into the bloc should only be done from a ‘position of strength’. 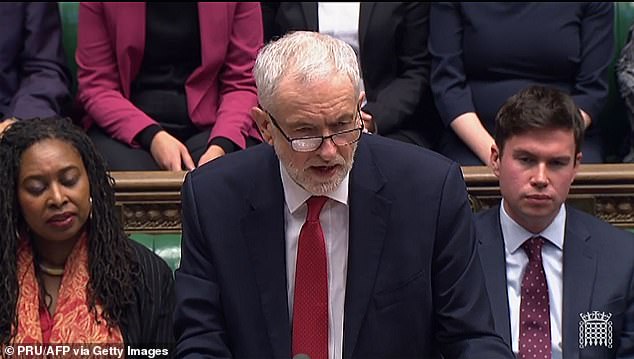 Mr Blair has been a fierce critic of Jeremy Corbyn, pictured in the House of Commons on January 29. The current Labour leader will step down from the role in April.

He argued the UK now faced the choice between two different types of Brexit.

One ‘nationalistic’ and ‘glorifying in isolation’ and another of finding ‘our niche as an innovator and global leader’.

Backing the latter, he called for the government to make sure the UK is open to the world, with immigration treated as a ‘vital component of economic success, not as a threat to our cultural integrity’.

He also cautioned the UK against diverging from Brussels rules after Brexit for the sake of it.

He said the wisest approach would be to agree a ‘common set of standards’ which would be ‘mutually beneficial’ in many areas while also retaining the right to diverge in areas ‘where we see a real advantage’ by doing so.

Thousands of taxi drivers will be tested for coronavirus