‘Thank God for an alert partner’: Tory MP reveals her husband saved their unborn son’s life when his heart rate plunged while she was in labour at hospital

A Tory MP has revealed how her husband saved their unborn son’s life when his heart rate plunged while she was in labour in hospital.

Alicia Kearns, 34, said medics in the delivery room had not noticed the danger and it fell to her partner to raise the alarm.

‘Thank God for an alert partner,’ she told The Mail on Sunday. 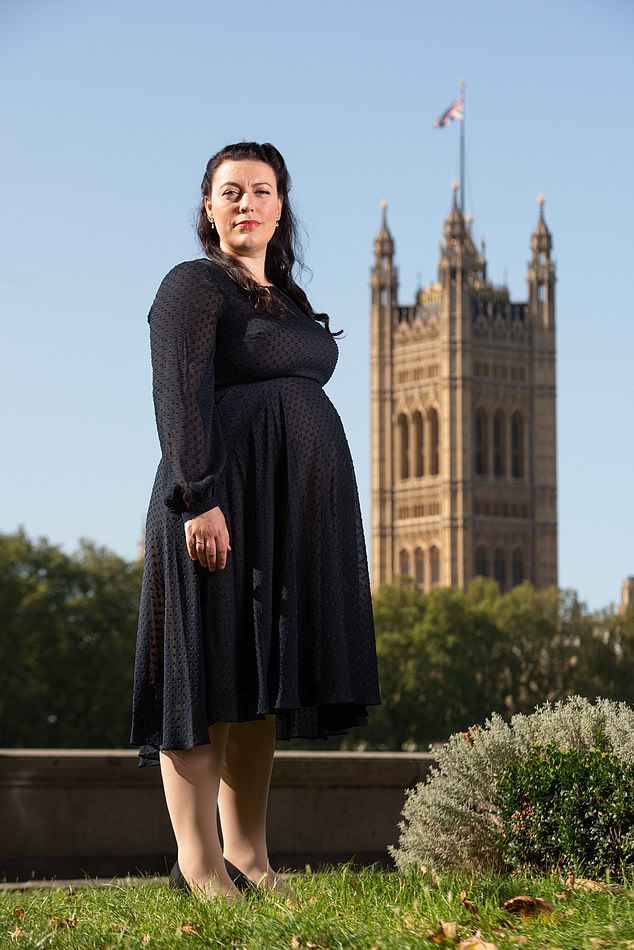 ‘Not everyone will have a birth partner in the room who is as switched on as he was. He was eagle-eyed and spotted what was happening.’

Just an hour earlier, Ms Kearns, MP for Rutland and Melton, had been rushed into theatre for an emergency caesarean after her son’s heart rate dropped for the first time. It returned to normal and she was taken back to the delivery room.

As she asked medics what to do next, she was stunned when they began to argue about whether she needed a C-section or not.

An hour later, Ms Kearns’s husband noticed his unborn son’s heart rate quickly drop by half and the politician was again rushed to theatre for an emergency caesarean.

She added: ‘I had been in labour for nearly 36 hours and we just wanted them to make a decision that was in the best interests of me and my son.’

Ms Kearns, who helped instigate the fight against an NHS ban on partners being with women in labour during the pandemic, did not wish to name her husband, son or the hospital.

Her account comes amid dire warnings about the safety of maternity units in England.

Of the 193 NHS maternity services, 80 are rated as ‘inadequate’ or ‘require improvement’.

Lyra McKee and singing from the Northern Ireland songsheet