At least 46 people have died and more than 40 others were injured after fire ripped through a tower block in Taiwan overnight.

The inferno engulfed the 13-storey, mixed-use building around 3am this morning, according to officials who said the ‘extremely fierce’ blaze had destroyed multiple floors.

32 bodies were sent straight to the morgue from the site of the blaze, while another 14 people who showed no signs of life were among 55 taken to hospital. 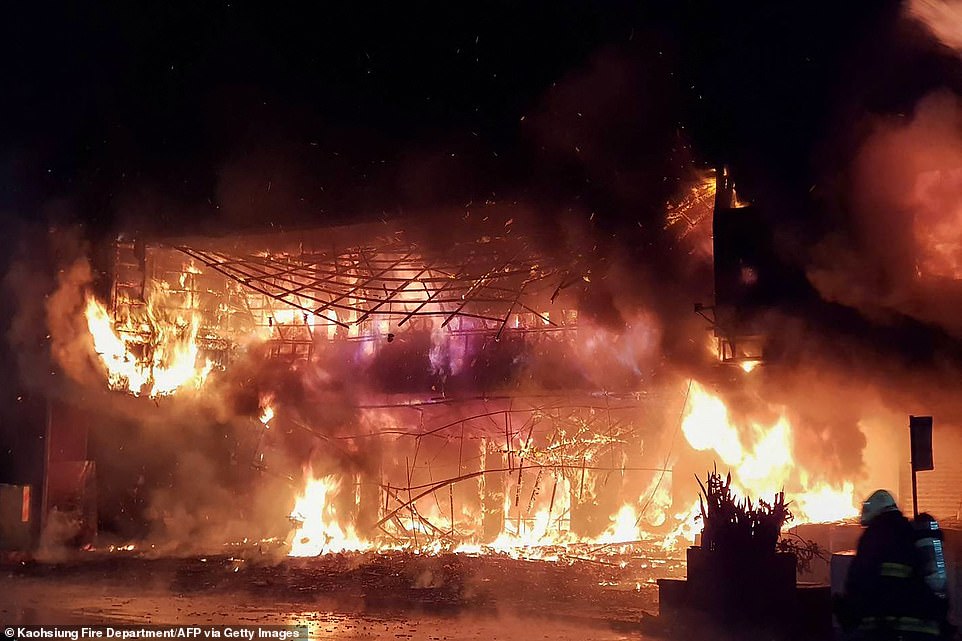 ‘Extremely fierce’: Firefighters have been tackling the blaze since 3am this morning after the building caught fire, with the inferno destroying multiple floors as it grew 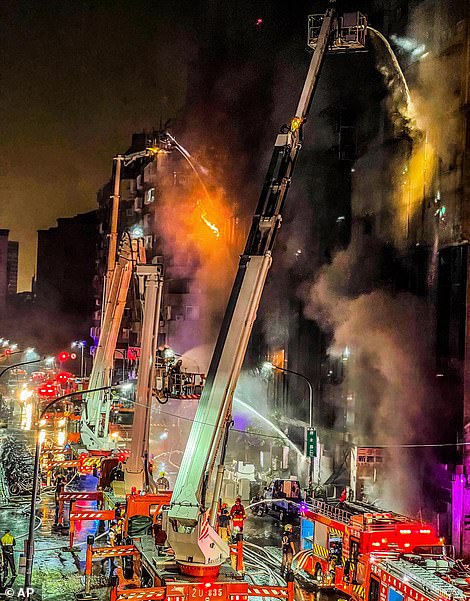 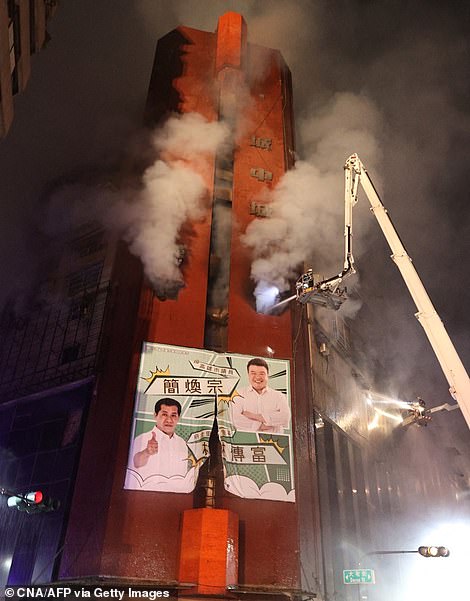 At least 46 people have died and at least 41 others were injured after a 13-story building in Kaohsiung, Taiwan, caught fire overnight 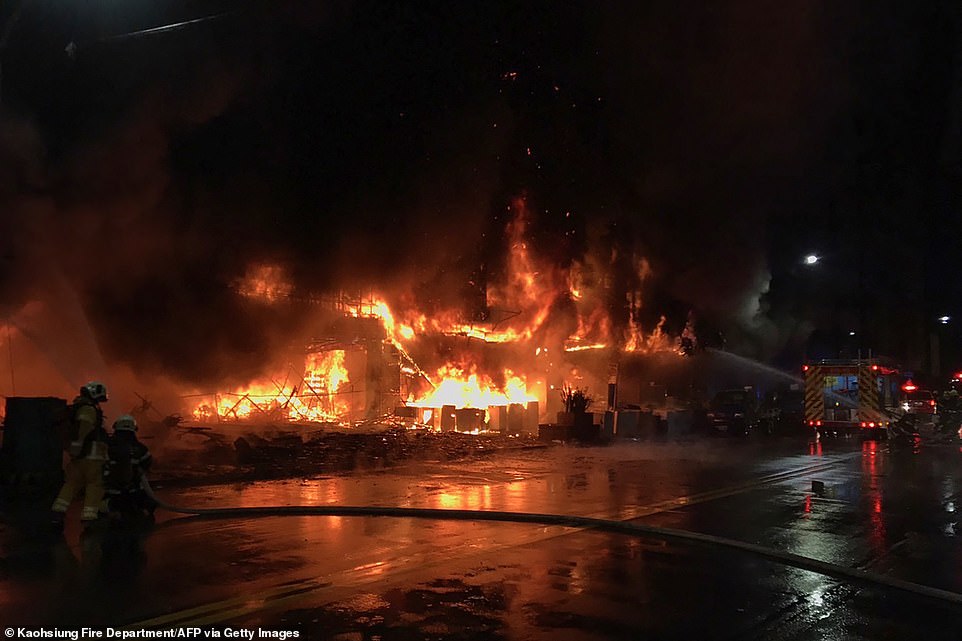 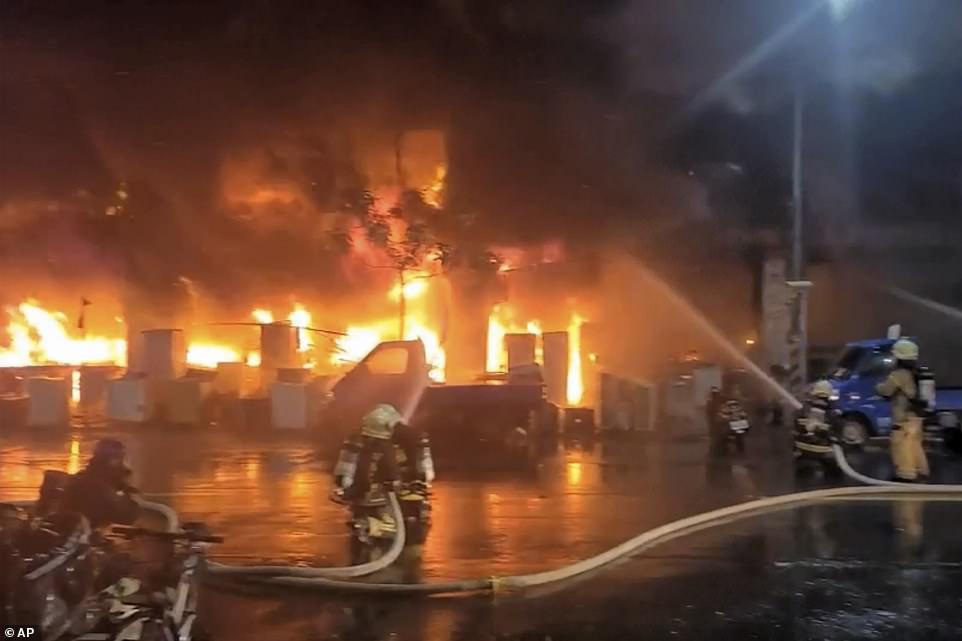 Keeping at a safe distance, multiple fire crews battled to get the flames under control at the building in Taiwan 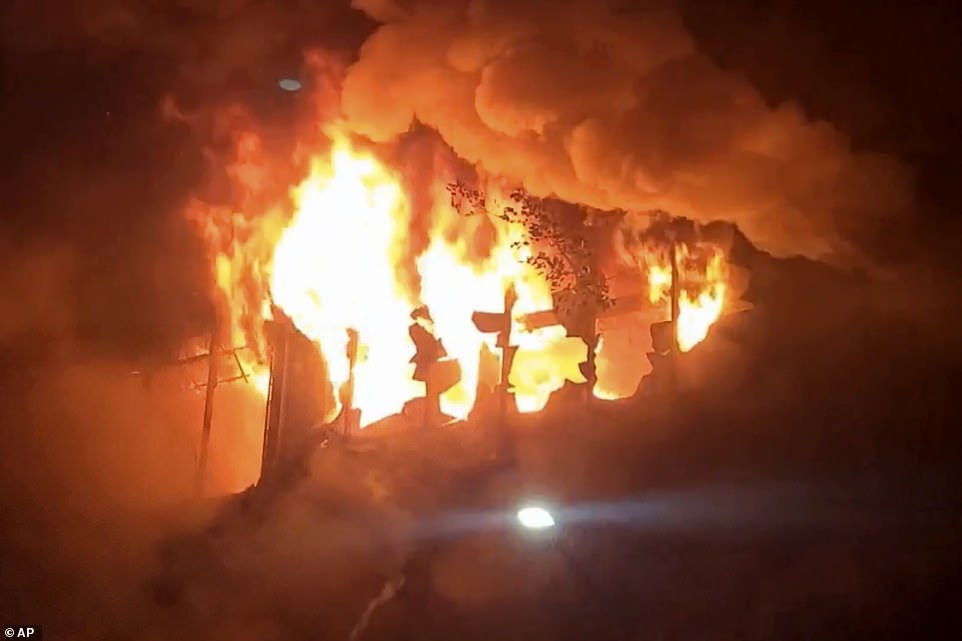 Huge flames could be seen erupting from windows on the building, with thick plumes of smoke also been sent rising into the sky 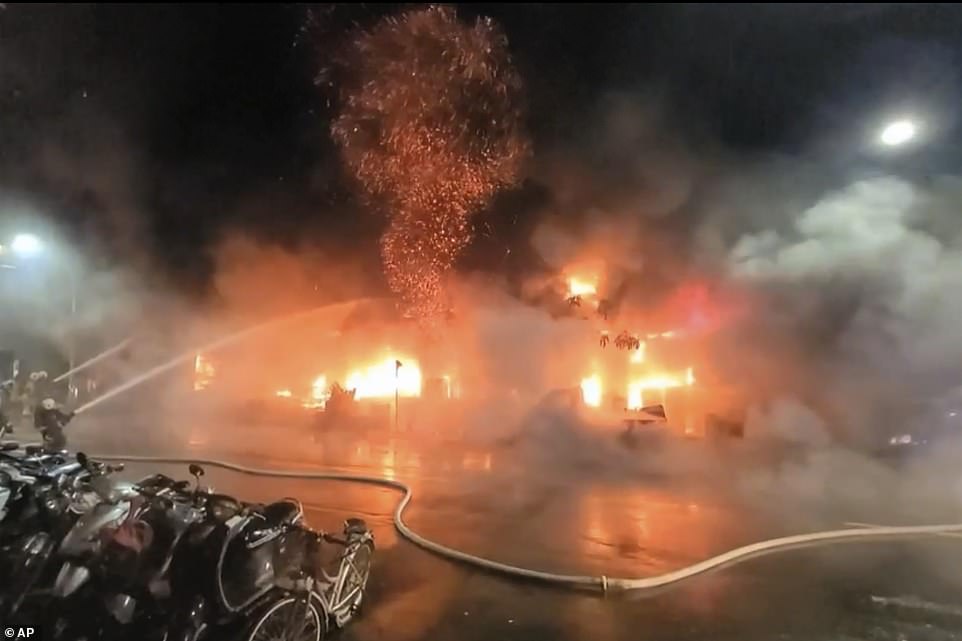 Flames engulfed multiple floors of the building in the southern Taiwanese city, which erupted around 3am 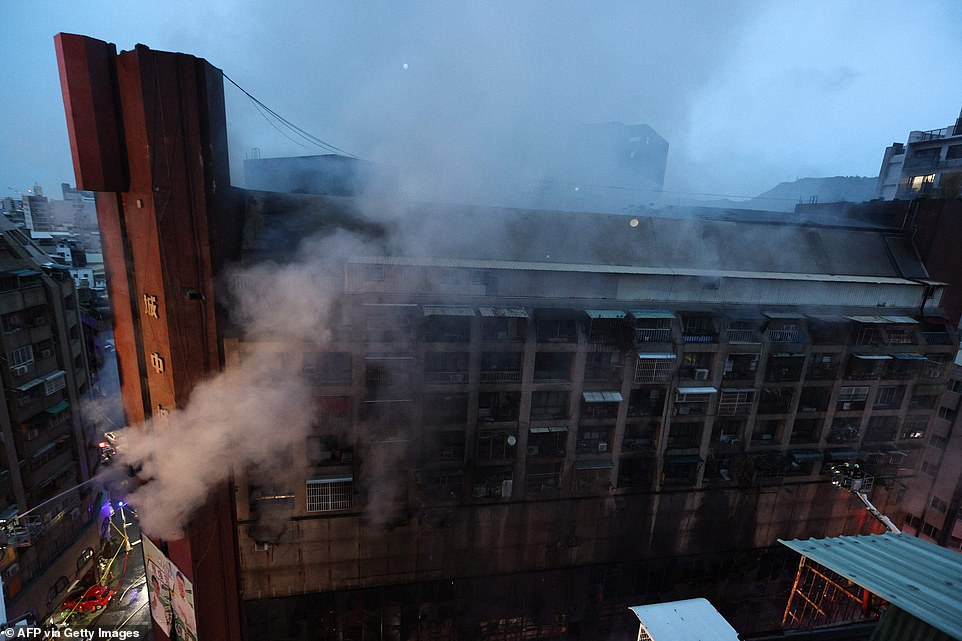 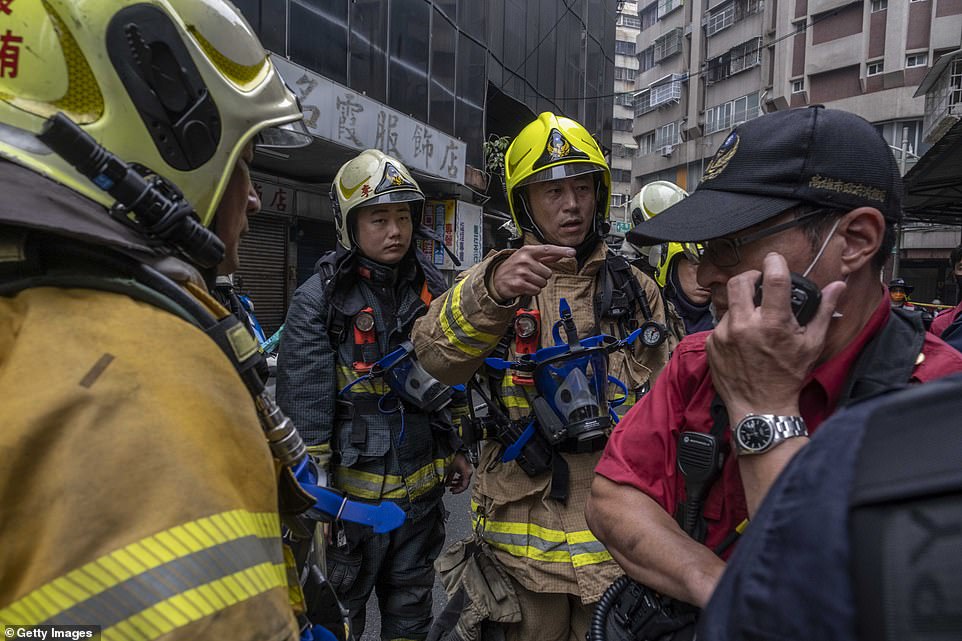 A team of firefighters huddle together, making final preparations, before entering the 13-storey building this morning to conduct a search for survivors 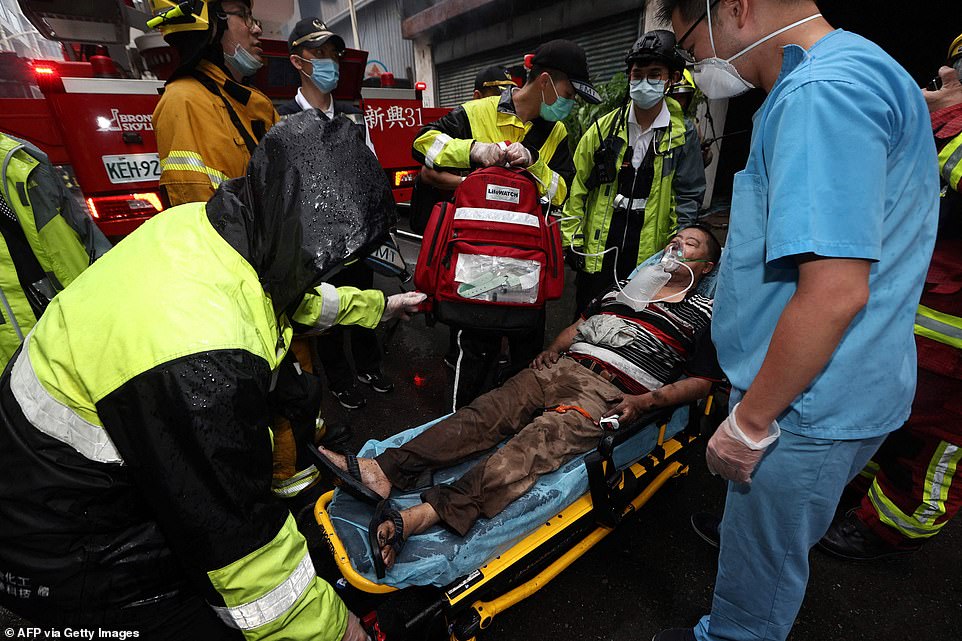 In Taiwan, official confirmation of a death can only be made in the hospital.

Most of the deaths were on floors seven to eleven, which housed residential apartments, fire officials said. The first five floors were for commercial use but were unoccupied.

Another search of the building, in the city of Kaohsiung, is planned for before sunset, according to officials.

Video shown on Taiwanese television showed orange flames and smoke billowing out of the lower floors of the building as firefighters sprayed water at it from the street.

One woman, who was not identified, said her 60-to-70 year old parents were inside. 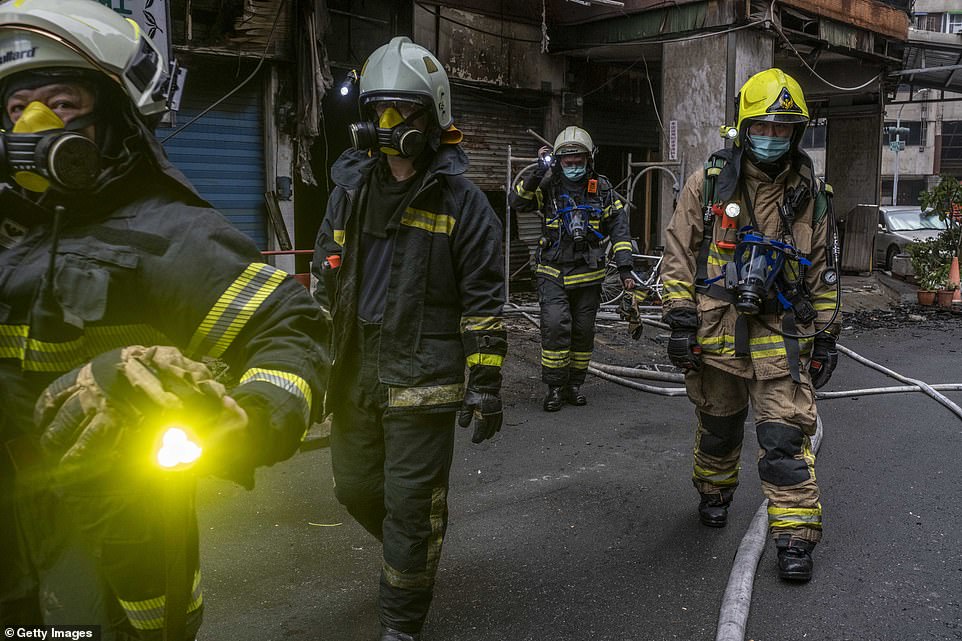 A team of firefighters, equipped with torches and filtration breathing masks make their way to the entrance of the building as they get ready for another search operation 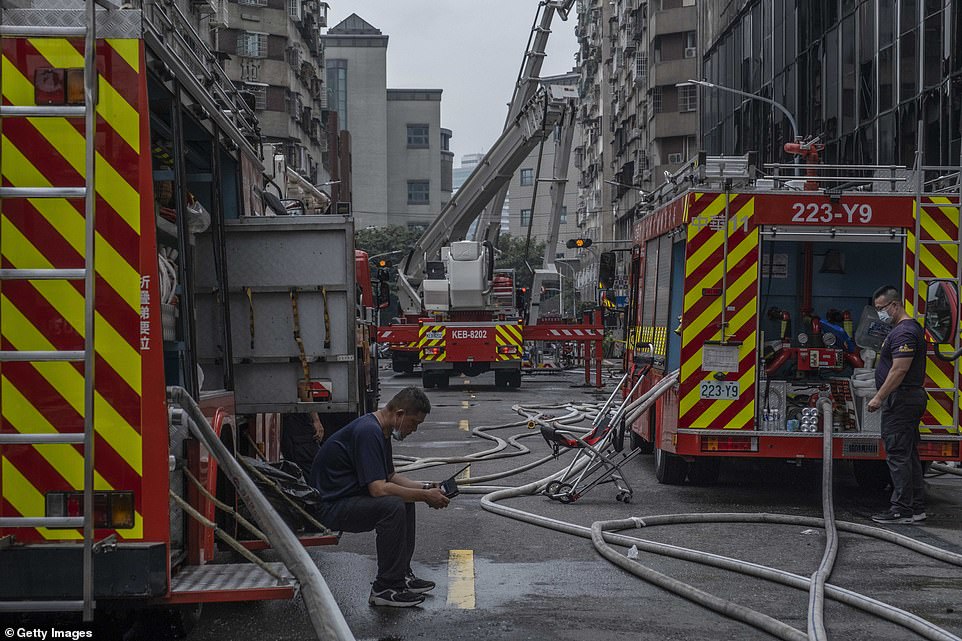 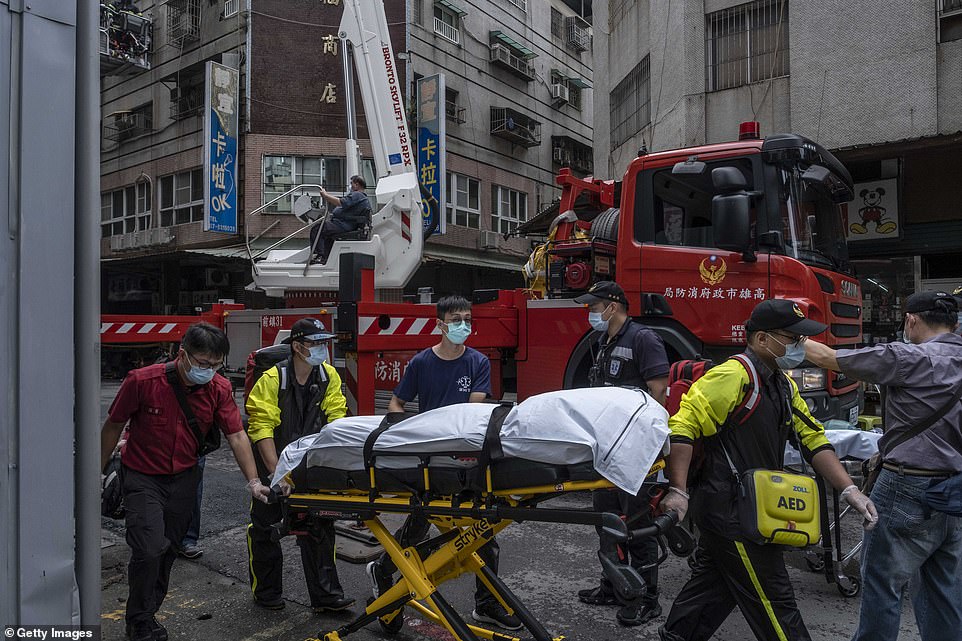 32 bodies were sent straight to the morgue from the site of the blaze, while another 14 people who showed no signs of life were among 55 taken to hospital 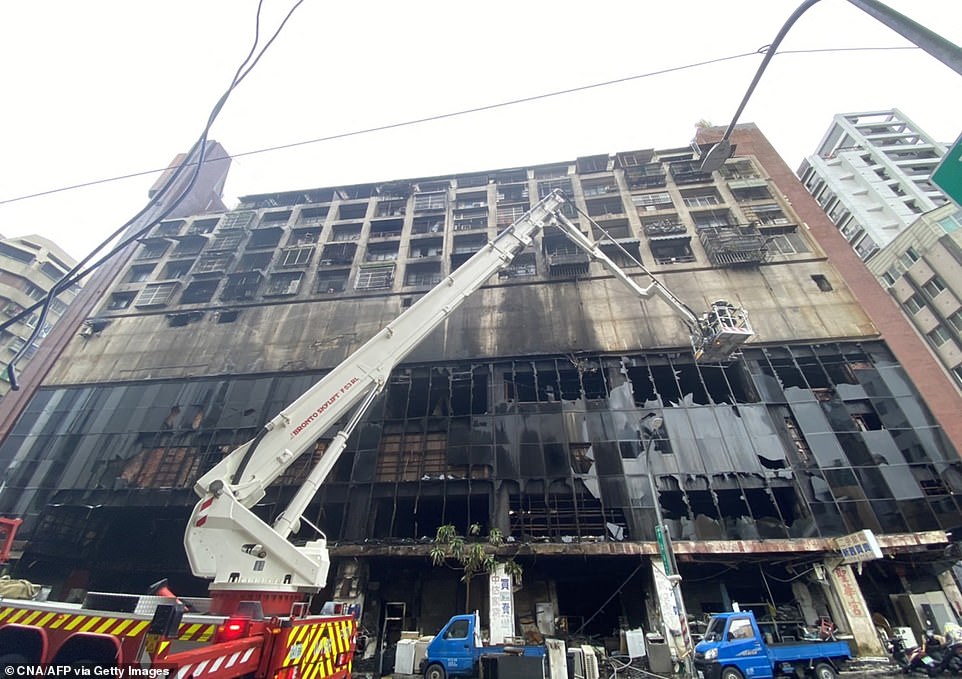 Sunrise highlighted the extent of the damage caused by the building fire, with large scorch marks covering patches of the building

After daybreak, firefighters could be seen spraying water into the middle floors of the still smoldering building from elevated platforms.

The cause of the fire was unclear, but it was noted the flames burned most intensely where a lot of clutter had been piled up, the fire department statement said.

Eyewitnesses told Taiwan media that they heard an explosion around 3 a.m.

The building is about 40-years-old with shops on the lower levels and apartments above. The lower floors were completely blackened. 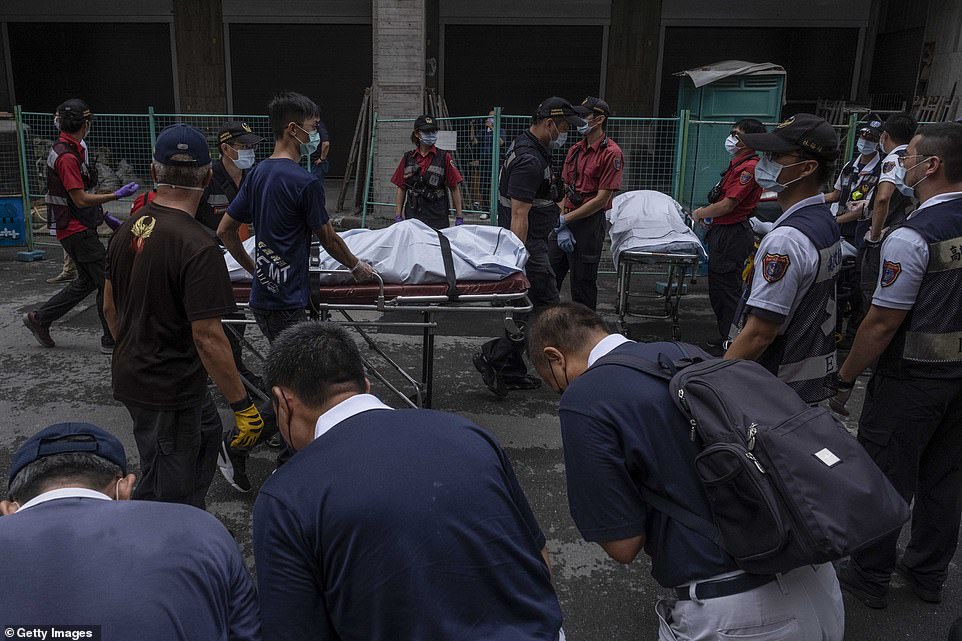 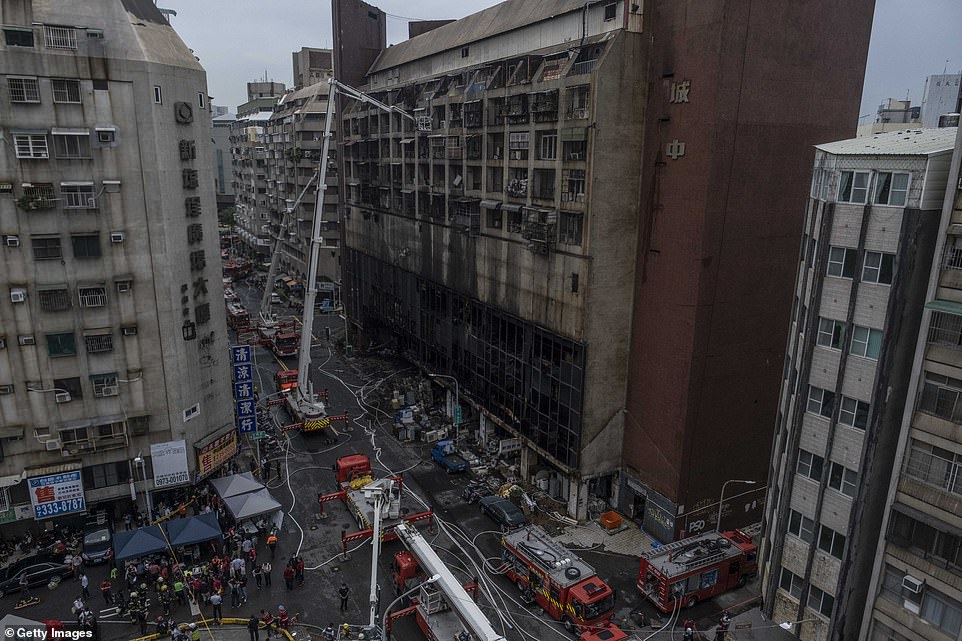 Fire trucks can be seen parked all along the street in front of the building, with a platform extended to the top floors from one vehicle so firefighters can search for victims 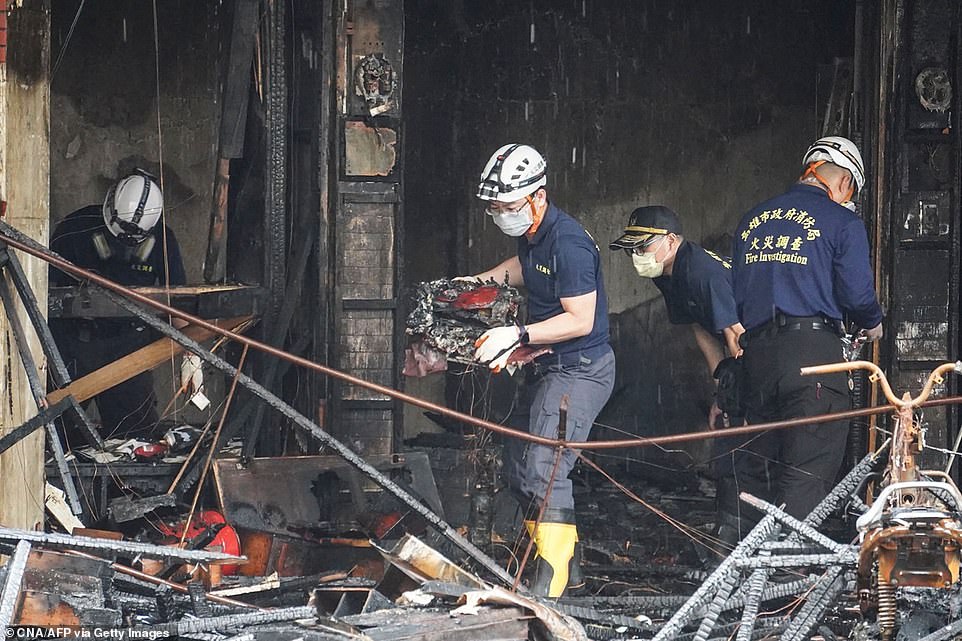 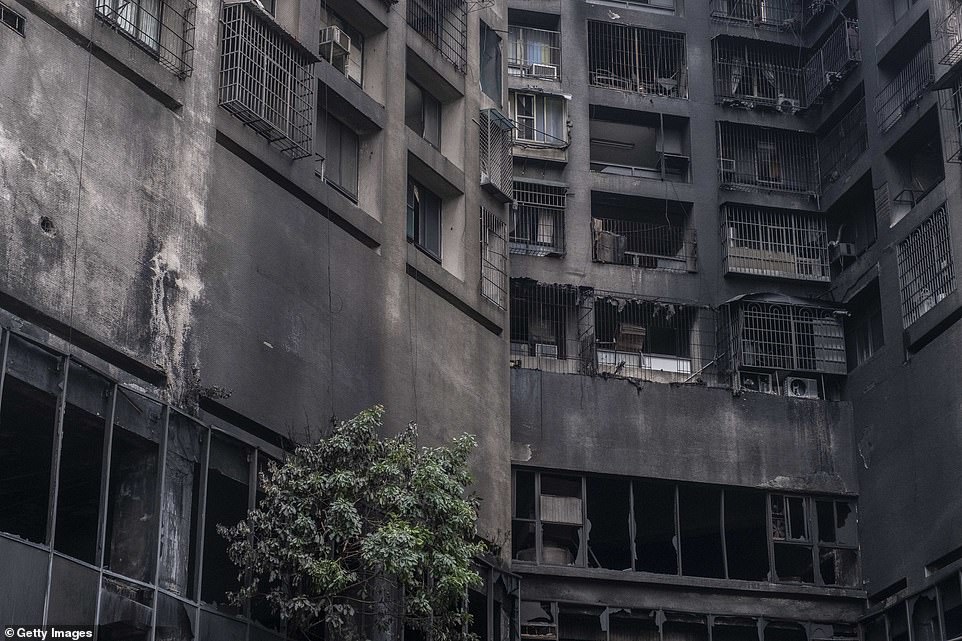 The exterior walls of the building, which featured both commercial and residential floors, display the extent of the damage caused by the blaze which tore through multiple floors

Lifting lockdown in England has not led to a spike in coronavirus infections, says ONS chief

‘Secret committees’ are out as Grammy organisers change the rules