‘I wanted them dead’: Trans woman, 22, CONFESSED to cops she hit ‘very religious’ father in head with a hammer before stabbing him to death – as video surfaces where she talks about coming out to her divorced parents

A transgender woman accused of killing her father allegedly told police she struck him in a head with a hammer before stabbing him and her sister.

Nikki Secondino, 22, was arrested and charged for the murder of her father, Carlo, 61, and attempted murder of her 19-year-old sister, Liana, who is in critical condition.

Sources told the New York Post Secondindo confessed to the stabbings at her family’s Brooklyn home and said she would have also killed the neighbor who called 911.

‘My father was sitting on the couch,’ she allegedly told police. ‘I hit him on the head with a hammer. Then I reached for my favorite German knife and stabbed the s*** out of him.

‘My sister came out and tried to stop me, and I stabbed her in the back, head and stomach,’ Nikki allegedly added. ‘I wanted them dead.’

The supposed confession comes as an interview from 2020 surfaced, where Secondino spoke about coming out as a trans woman to her divorced parents and described her father as ‘very Italian’ and ‘very religious.’ 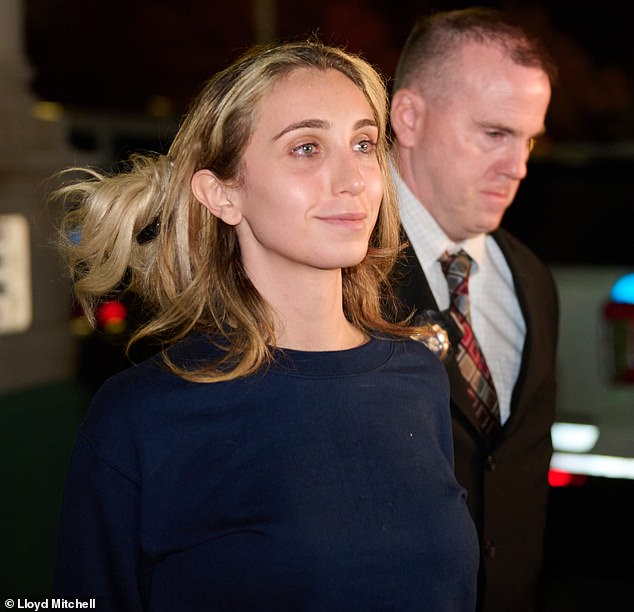 Nikki Secondino, 22, allegedly confessed to killing her father and stabbing her sister. The trans woman is pictured being taken into custody by police on Thursday night 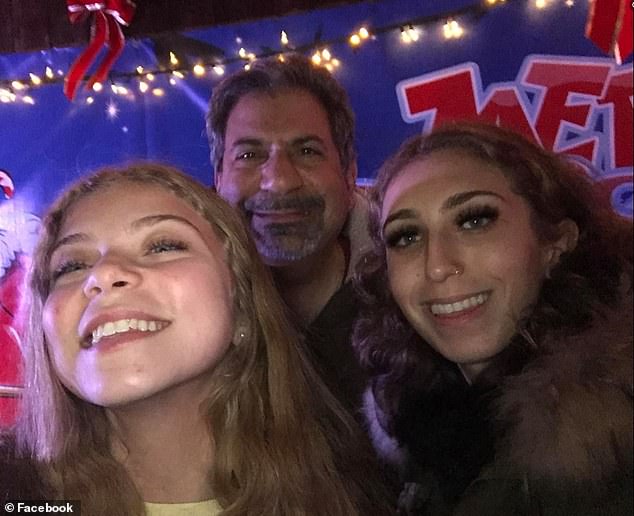 Secondino, right, has been charged with the murder of her father, Carlo Secondino, 61, center, and attempted murder her sister, Liana, left 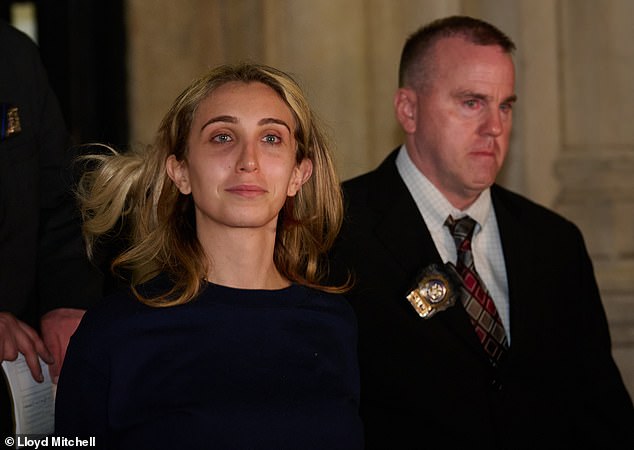 Initially, police suspected that the stabbing incident was connected to a home invasion, but reports suggested that Secondino may have fabricated the story in an attempt to cover up the crime.

Carlo was pronounced dead at the scene and his other daughter was rushed to Maimonides Medical Center, just days ahead of her 20th birthday.

The family appeared to be in heavy turmoil, with records showing the Secondino attempted to get a temporary order of protection against her father and sister in July, according to the Post.

The order appeared to be a result of a July 15 incident where police were called to the Brooklyn residence as Secondino claimed her father was in the mob and had threatened to kill her.

Although officials did not believe Carlo had any connections with the mob, records show a judge did sign off on the protection order. 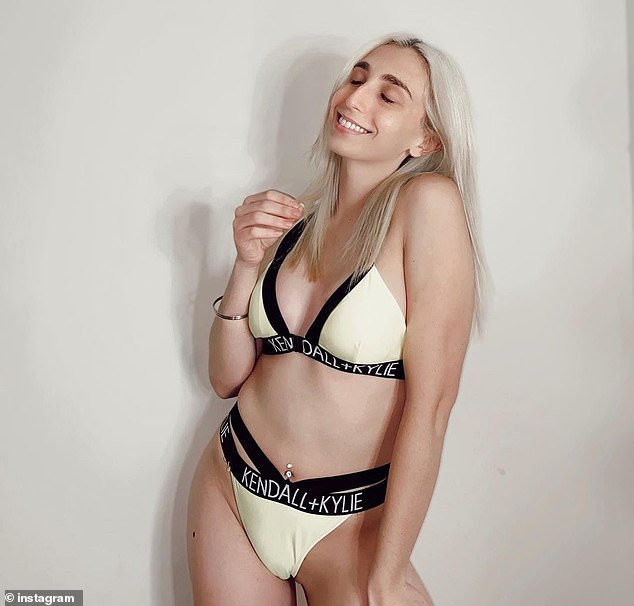 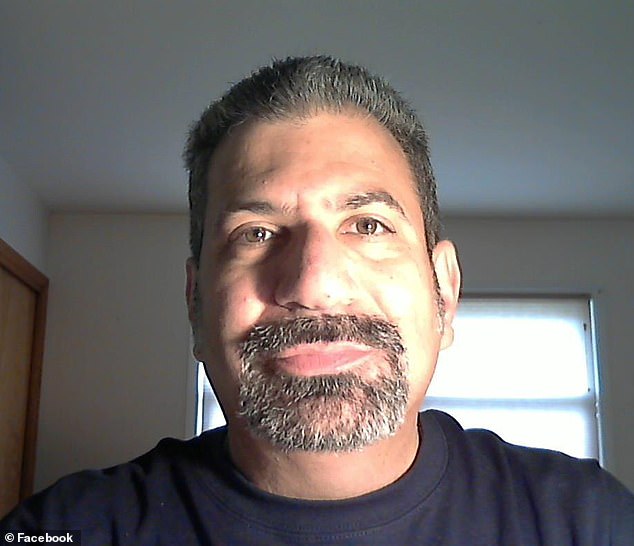 She claimed her father (pictured) was a member of the mob and threatened to kill her, and her sister was also charged for cutting Secondino’s hand 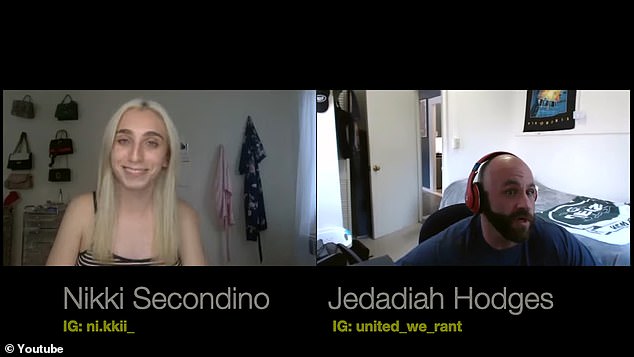 A further look into the family’s past turned up a two-year-old interview Secondino had done with a YouTube channel focusing on supporting trans individuals.

In the video, Secondino described her father as a traditional Italian man who wanted nothing to do with her transition to a woman.

‘My parents were very religious. Like we went to church every Sunday and stuff,’ she added.

Secondino also recalled an early incident in her childhood when she refused to wear boy’s swimming trunks despite her mother’s objections.

‘She forced me to… put on a boy, you know, swimming trunks, Secondino said, ‘and I had a full blown meltdown. I just cried screamed.’ 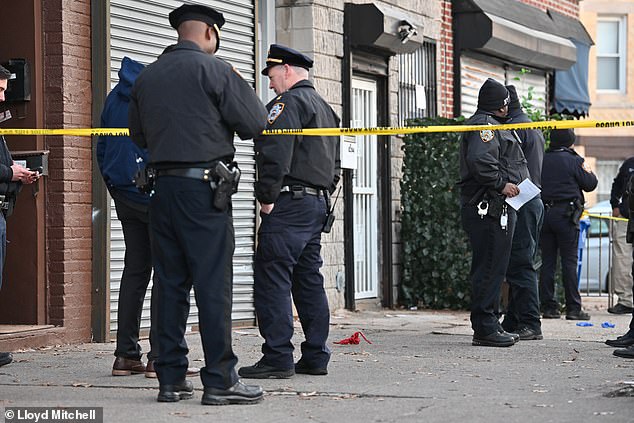 Pictured: Police arriving at the scene of the crime at the family’s Brooklyn home 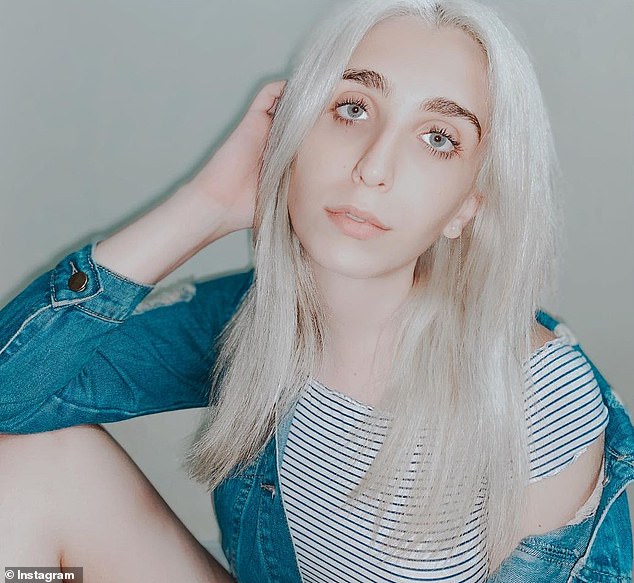 Secondino initially tried to cover up the alleged crime as a home invasion, calling 911 to report a break-in

It was originally reported that two male robbers broke into the home on 17th Avenue, around 6am and demanded money from a safe, according to police, before they attacked the family of three and fled on foot.

However, police now believe that Secondino was responsible for the attack.

Secondino suffered slash wounds to the hands and was hospitalized in stable condition.

Neighbors described a horrific scene:  ‘I heard like wrestling, fighting,’ said the neighbor. ‘I did hear the father. He pleaded to me ‘Please call the cops!’ … The front of his chest right there, it was saturated in red like he was wearing a red vest,’ said one neighbor to the New York Daily News.

Another woman described how Secondino banged on her door to get in.

”Oh my god! Oh my god! Open up the door!” she recalled her screaming. ‘I saw the blood in the hallway so I immediately closed my door and I didn’t want to get involved.’

‘He was just like lying there. His head was facing towards the window, the kitchen window. He was face up lying on his back,’ the neighbor recalled.

‘Every time when they argue there was banging. Because the walls are just sheetrock, I would hear everything.’