London: The owners of two Cornwall pubs have turned to candlelight to help cope with surging energy prices.

The Masons Arms in Camelford is lit only by candles on Mondays, while The Thomas Daniell in Truro will do the same for a day next month. 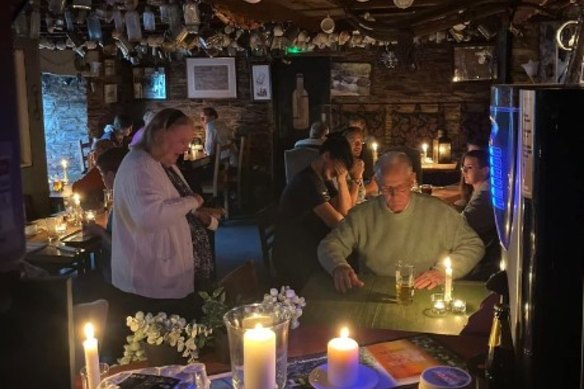 Alan Woods, who has run the pub for just over four years, said it was to combat the price of electricity and provides a new atmosphere.

He said: “We are going back to 1753, the year The Masons Arms opened. It was known as The Kings Arms.”

“Travel back in time, where the pub will be lit by candle throughout. Our normal menu and our autumn menu will be running. This will also help us to lower our extortionate electric bill and give you a unique evening.”

Woods said he hoped to save some money and remind people that small local businesses are suffering just like individuals. Jamie Hilton-Lavender, manager of The Thomas Daniell, plans to turn off the power on October 4, so that the lights and tills will all be off.

“Everyone’s struggling with the cost of living,” Hilton-Lavender said. “It’s getting out of control.” His tavern is now closed on Mondays and Tuesdays after electric bills leaped. He added: “There’s only so much extra you can charge your customers to come in – some of the costs you have to bring on yourself.”

Woods said running costs are forcing many pubs to close earlier, cut menu items or even lay off staff. He said things went “crazy” when the country emerged from COVID.

“We had those few months when it was going great again and the pub was livening up,” he said. “Then we had our energy bills and it went mental. We’re all in the same boat as small businesses. People are looking at new strategies: closing their doors a few days a week, or even permanently.”

Woods lives above the pub with his family of five. He added: “It’s a strange one, we’ve always argued that the bit upstairs is different but energy companies won’t distinguish.

“So we’re always charged business rates in the evening for our family.”

PIERS: MORGAN: Philip's guide to royal survival should be his legacy