Jerusalem: Three Saudi Arabian tribesmen who refused to leave their homes to make way for a futuristic $700 billion mega city have been sentenced to death.

Shadli, Ibrahim and Ataullah al-Howeiti were condemned to death last week after being jailed in 2020 for complaining about the development known as Neom, according to exiled activists. 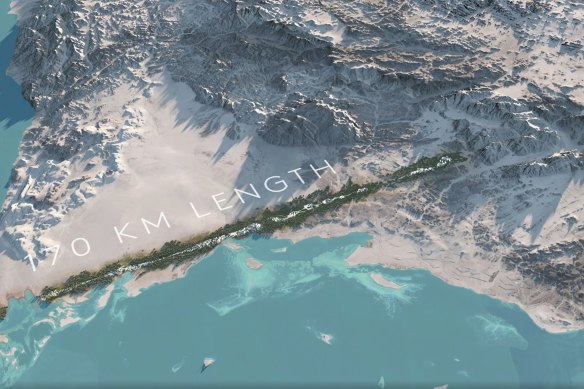 A still from a promotional video at neom.com about The Line and Neom city in Saudi Arabia.

It is understood one of the men posted messages on social media in which he refused to accept compensation for leaving the homes on their land.

“The family members were detained in 2020 for opposing eviction to make way for Neom.

“We condemn the sentences and call for their release.” 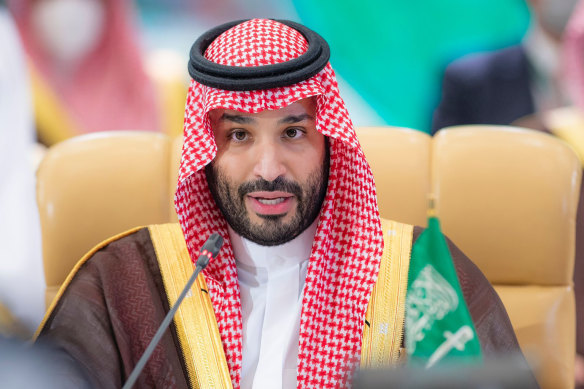 Announced in 2017, Neom is Prince Mohammed’s plan to turn a remote region of the country into a high-tech semi-autonomous state that re-imagines urban life.Credit:AP

Alya Abutayah al-Howeiti, a London-based relative of the condemned men has also called for them to be set free.

“For three months they did a hunger strike in the prison and the government tried to push them to get their passwords for Twitter, but they refused, so that led to a death sentence without any evidence of them. Just to wipe the Al-Howeitat tribe from Neom,” she said.

“We need all the help we can get to raise awareness about what is going on. That would help us a lot,” she added.

The London Telegraph was unable to independently verify the sentence and Saudi authorities did not respond to a request for comment.

Neom, which is due to be completed by 2030, is a pet project of Crown Prince Mohammed bin Salman and has been promoted as a tourism destination for Westerners.

But behind the headlines, Saudi activists living in exile have been seeking to raise the alarm about the Bedouin al-Howeitat tribe, which they say has been forcibly displaced from the area.

It is not the first encounter the tribe has had with Saudi authorities. In April 2020 Abdul Rahim al-Howeiti, the brother of Shadli, was shot dead after a row about his eviction. The family also refused compensation for his death.

Italian Avalanche – what happened, how many died and are there any British citizens involved?