WASHINGTON — A top Trump administration official defended new guidelines that say people without symptoms do not need a coronavirus test, a development that has been widely criticized as unproductive since the guidance was issued on Tuesday.

Adm. Brett Giroir, the assistant U.S. secretary for health, rejected reports that the guidance — which also discards an earlier recommendation that “all close contacts” of a person infected with COVID-19  be tested  — was made because of political pressure. President Trump has repeatedly claimed that the United States proportionally has more cases than other nations because of a significantly greater testing capacity.

“All the docs signed off on this,” Giroir told reporters on a Wednesday morning call intended to counter negative coverage of the new guideline. He said he had worked on the guidance with Dr. Robert Redfield, the director of the Centers for Disease Control and Prevention.

However, Giroir declined to respond to questions about what role, if any, Dr. Anthony Fauci, director of the National Institute of Allergy and Infectious Disease, played in formulating the amended guidance. Polls show Fauci is trusted by significantly more Americans than Trump when it comes to the pandemic. His insistent urging that Americans follow a rigorous public health approach has made him a target for those, including the president and his most loyal supporters, who have frequently downplayed the scope of the pandemic.

The new guidance says that as long as a person is not showing symptoms, even close contact with a person who has tested positive for COVID-19 is not sufficient reason to get a test. “You do not necessarily need a test unless you are a vulnerable individual or your health care provider or State or local public health officials recommend you take one,” the new guidance says. 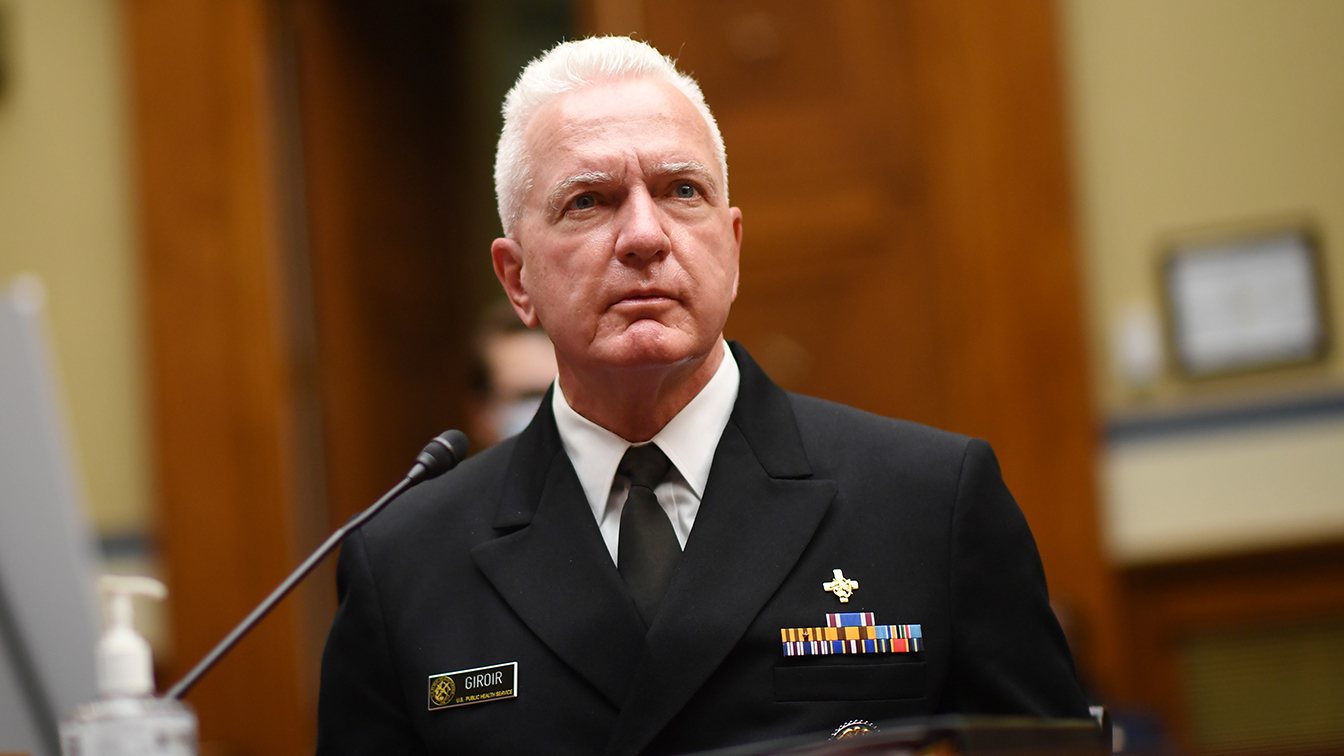 It is not clear what led to the sudden change, which appears to ignore the role of “silent spreaders,” people who are carrying — and possibly transmitting — the highly mobile pathogen without any awareness that they are doing so.

A July study published in the journal of the National Academy of Science found that “silent spreaders” may account for as many as half of the cases of COVID-19, the disease caused by the coronavirus. COVID-19 has killed nearly 180,000 Americans since February.

“Consequently, even if all symptomatic cases are isolated, a vast outbreak may nonetheless unfold,” the study on asymptomatic spreaders concluded. The new guidance seems to fly in the face of that conclusion, as well as of a near-consensus among public health experts that testing and isolating disease carriers is crucial to slowing the spread of the coronavirus.

“This is really not the path for us to go,” Dr. Leana Wen, a public health expert at George Washington University, said on CNN on Wednesday. “It’s inexplicable why this guidance suddenly changed.”

Dr. Thomas Frieden, a CDC director during the Obama administration, called the new guidance and another development on Tuesday — the CDC’s lifting of a quarantine recommendation for travelers — “unexplained, inexplicable, probably indefensible” on Twitter, speculating that both changes had been “likely imposed,” though he did not say by whom. 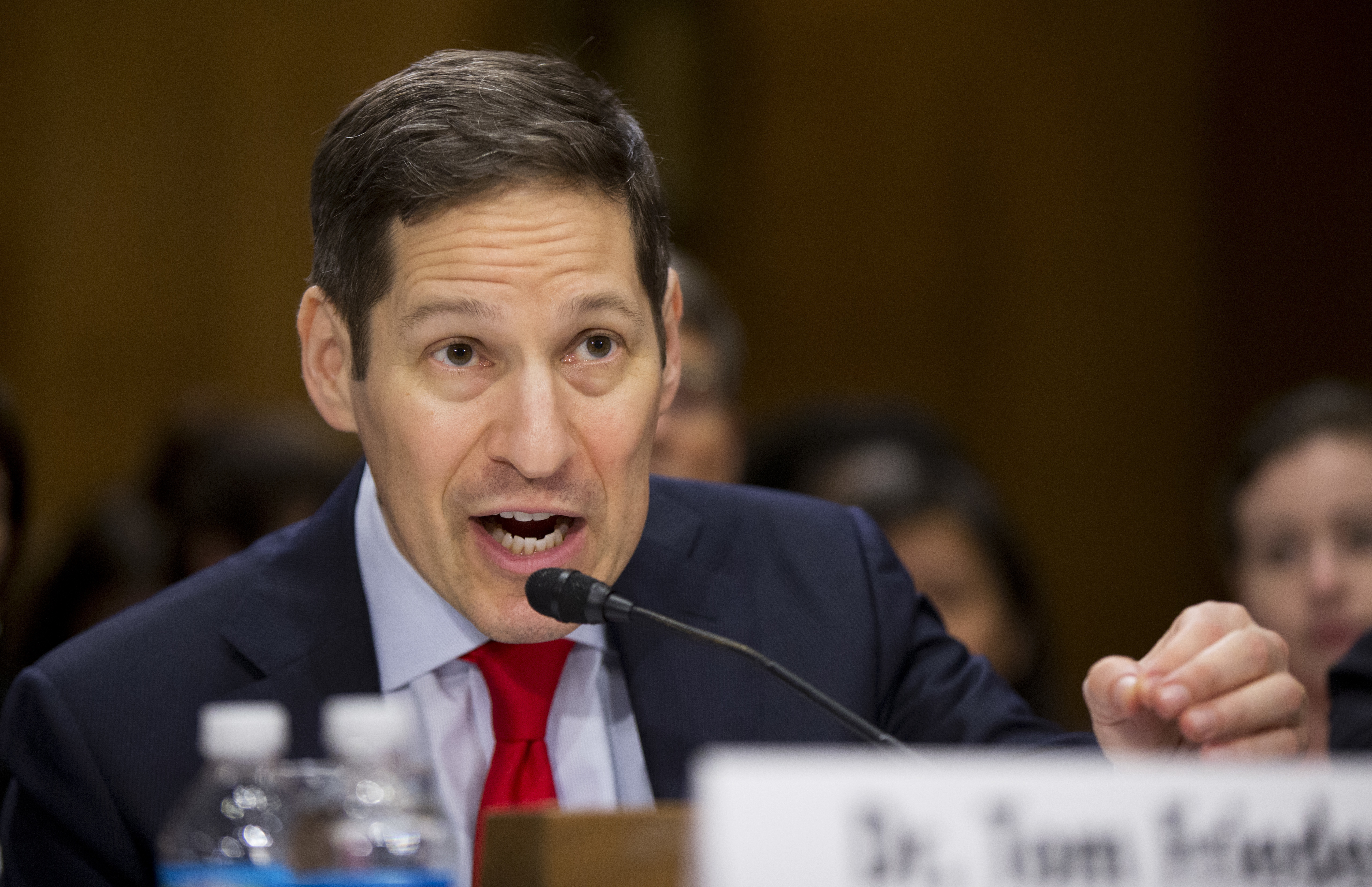 An administration official told CNN that the order to amend the testing guidance came “from the top,” meaning a high-ranking political official had influenced public health policy. The Trump administration has long been hounded by allegations that its approach to the pandemic has been overly political and insufficiently scientific. Earlier this summer, Vanity Fair reported that Jared Kushner, the president’s powerful son-in-law, had initially dismissed the coronavirus as a “blue state” affliction.

On Wednesday’s call, Dr. Giroir refuted the CNN report. “We’re trying to get appropriate testing, not less testing,” he said. “There is nothing in here that is meant to intentionally decrease the number of tests.”

Still, Giroir struggled to explain why the new guidance was necessary. At one point, he said the nation was “flush with testing,” describing how some 80 million tests had been administered since the start of the pandemic. Yet he also said he did not want people taking tests because they were worried about their health without good reason for doing so.

Coming into contact with an infected person would appear to be a good reason to seek a test, but it is no longer a sufficient one according to the CDC, which has previously been accused of softening its recommendations to suit a president impatient to declare the coronavirus vanquished.

Some elected officials agreed with medical professionals that the new guidance was a bad idea. “You cannot justify that on any public health basis,” Gov. Andrew Cuomo of New York said on MSNBC. “That’s politics.”

Hospitals will soon be ‘creamed’ by coronavirus, ex-Trump adviser warns