(Reuters) – Former President Donald Trump is weighing how much to spend and how many Republican candidates to fund in this year's elections as he faces pressure to use his war chest to help Republicans gain control of Congress, two sources familiar with the matter said.

Trump's Save America leadership political action committee has become a fundraising juggernaut since its inception in November 2020, amassing some $112.5 million in cash but spending only around $17 million to help pay for rallies and promote Republicans, according to the latest federal filings.

Save America's limited spending has raised questions among campaign finance experts and political observers, who say it might signal that he is reserving cash for a presidential run in 2024.

Senior advisers are now putting together proposals to support candidates running for state and congressional office in November's general election, the two sources familiar with discussions between Trump and his aides told Reuters on condition of anonymity because of the sensitivity around the issue.

Trump is expected to make a decision by mid-May.

The expected timing of the midterm spending plan and some of the details under consideration have not been previously reported.

The proposals include spending estimates and providing candidates with support staff to help with communications and strategy, the sources said. Neither of the sources had details on the amount of money under consideration.

Advisers are debating whether to target a small number of races where money and staff can help tip the scales to victory or spread the funds over more races, the sources told Reuters.

One thing is certain: Trump will make the final decisions and will surely spend money to defeat Republicans like Liz Cheney who voted to impeach him following the Jan. 6, 2020 assault by his supporters on the U.S. Capitol, the sources said.

The sources acknowledged that Trump is under pressure to put more money and resources behind candidates he has endorsed amid reports of Republican frustration with the lack of action.

They noted that Trump has allowed candidates to host fundraisers at his Mar-a-Lago resort in Florida and that his endorsement boosts local fundraising and candidates' profiles. 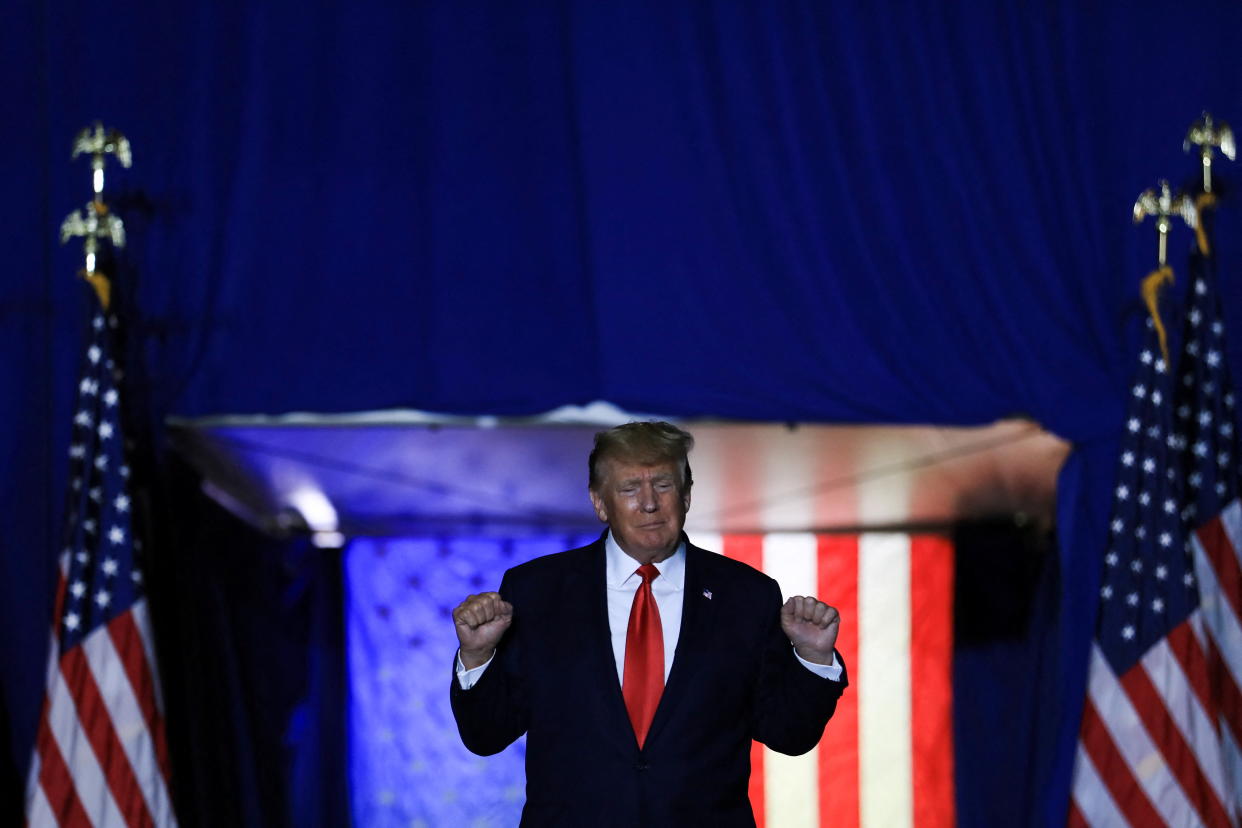 Trump is expected to finalize a spending plan following key Republican nominating contests in early and mid-May for Senate candidates in Ohio and Pennsylvania, where he has made the risky move of backing candidates who are not clear favorites to win the nominations.

"I think they're under increasing pressure to spend the money. If Trump wants to get credit for taking the House and Senate back, he's going to have to put his resources to use. And if he doesn't, he will be blamed for us not taking more seats," said Dan Eberhart, a Republican donor.

Republicans are widely seen as the favorites to win control of the House of Representatives and possibly the Senate too amid deep dissatisfaction among Americans over Biden's handling of rising inflation.

Trump spokesperson Taylor Budowich said he does not comment on campaign spending and strategy.

Trump's Save America group has become one of the top Republican fundraising organizations ahead of the Nov. 8 elections, but so far it has been stingy with its spending compared to other groups, according to a Reuters analysis of financial disclosures made to the Federal Election Commission.

Trump has so far endorsed more than 100 candidates in congressional and state races. Some of the endorsements have been driven by Trump's desire to exact revenge on incumbent Republicans who crossed him.

One of the earliest tests of that strategy will be in Georgia, where Trump has backed former U.S. Senator David Perdue in the May 24 Republican gubernatorial primary. Perdue, who is lagging in the polls, will face Governor Brian Kemp, who infuriated Trump by certifying the 2020 election results that showed President Joe Biden defeated him in the state.

Save America disbursed $500,000 to a PAC supporting Perdue in March, its first major spending on a 2022 candidate, the most recent filings showed.

Trump says Biden will turn country into a ‘socialist hell hole’ and Dems 'want to take your guns, your oil and your god'