Speaking at a White House briefing on Aug. 3, President Trump concluded by again promising a health care plan was on its way “before the end of the month.”

The month ended on Monday. 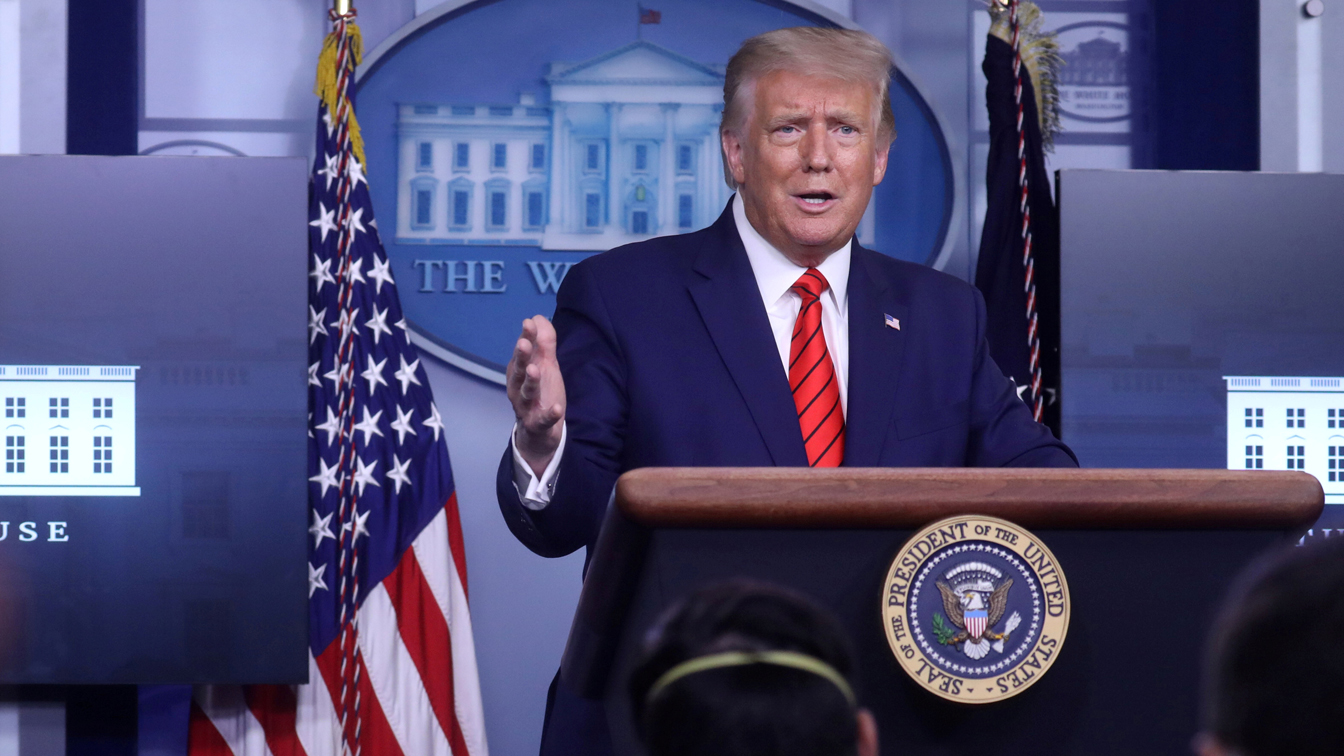 Health care reform is perhaps the most glaring example of his setting, and missing, arbitrary deadlines.

Trump has also promised that if he is reelected, there will be a permanent payroll tax cut. Such an action would require action by Congress (currently, Democrats are expected to retain the House, while control of the Senate is seen as a toss-up) and would potentially cripple Social Security.

Earlier this year, Trump floated a middle-class tax cut that never gained traction. In October 2018 he made a similar promise, saying, “We’re putting in a resolution sometime in the next week and a half to two weeks, [and] we’re giving a middle-income tax reduction of about 10 percent.” No such action came to pass.

On the topic of health care, Trump has continually promised that a replacement for the Affordable Care Act, or Obamacare, is just over the horizon. During his 2016 campaign, he repeatedly promised a plan that would be cheaper than the ACA while providing fuller coverage.

“I am going to take care of everybody,” he told “60 Minutes” in September 2015, adding in a January 2016 interview with the Washington Post, “We’re going to have insurance for everybody. There was a philosophy in some circles that if you can’t pay for it, you don’t get it. That’s not going to happen with us.”

Upon taking office, Trump and the Republican-controlled Senate and House went about attempting to repeal the ACA. 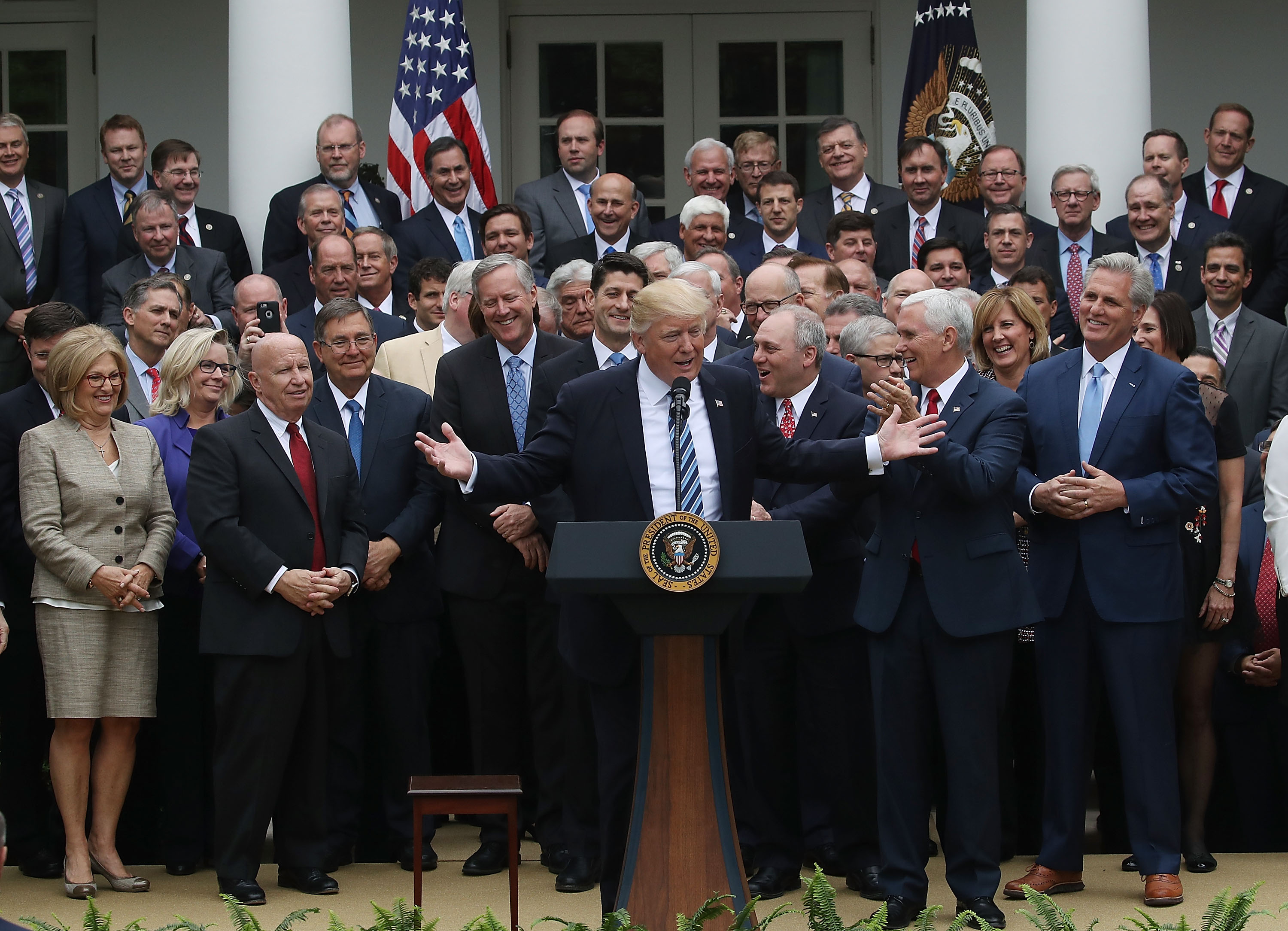 “We have a plan that I think is going to be fantastic. It’s going to be released fairly soon,” Trump said after a February 2017 meeting with health insurers. “I think it’s going to be something special. … I think you’re going to like what you hear.”

Americans did not like what they heard. A May 2017 Quinnipiac poll found support for the American Health Care Act (AHCA), the Republicans’ proposed Obamacare replacement, at just 21 percent. A July 2017 study by an MIT professor found that the AHCA was the least popular legislation in three decades. That was likely due to the fact that the Congressional Budget Office found that the AHCA would have knocked 14 million people off of insurance in one year and 24 million more by 2026, while the AARP estimated it would raise health care costs for older Americans by thousands of dollars. Researchers also found that thousands more Americans would have died prematurely if the Obamacare replacements had passed.

Republicans eventually gave up on the Obamacare repeal, but Trump returned to the topic after the 2018 midterms, in which Democrats found success running on health care. In a March 2019 interview with Sean Hannity, the president again promised “incredible health care that the Democrats, frankly, wouldn’t know how to do.”

In April 2019 he said in a tweet: “Republicans are developing a really great HealthCare Plan with far lower premiums (cost) & deductibles than ObamaCare. In other words it will be far less expensive & much more usable than ObamaCare.” In June 2019 he said he would be introducing a “phenomenal” plan that would “be less expensive than Obamacare by a lot” and that he’d be presenting that proposal “in about two months. Maybe less.”

One direct action the Trump administration did take related to health care was filing a brief with the Supreme Court seeking a ruling that would eliminate the entire Affordable Care Act. In the administration’s brief, the Justice Department argued that the ACA became invalid in 2017 when Republicans in Congress eliminated the individual mandate for uninsured people. The case, which Trump announced his intention to push in May, is backed by 20 Republican-led states.

Solicitor General Noel Francisco’s filing includes a section specifically arguing that the ACA’s protections for those with preexisting conditions must be overturned as well, contradicting Trump’s public statement that he and Republicans supported maintaining them. Without protections for preexisting conditions provided by Obamacare, the Kaiser Family Foundation estimated in 2018 that up to 52 million people could be denied coverage. Others would lose insurance if the Medicaid expansion that was adopted by dozens of states and the District of Columbia is killed.

Twenty Democratic-led states and House Democrats are leading the defense of the law.

Coronavirus: Surge in UNTRACEABLE clusters as killer bug spreads across the world at uncontrollable pace, experts warn – The Sun