Donald Trump’s top trade negotiator has said it is ‘almost impossible’ that a UK-US deal will be finalised before the American presidential election in November.

Robert Lighthizer, who is leading the trade negotiations with Britain, told a US Congress committee: ‘That would be very, very, very quick time. I think it’s unlikely that happens.’

He added: ‘It is almost impossible unless the members [of Congress] decided they want to do something extraordinary.’ 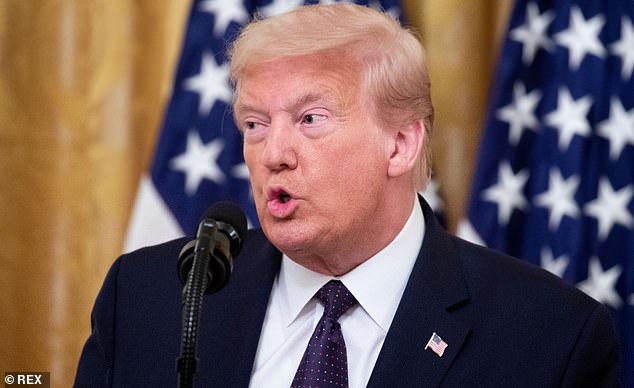 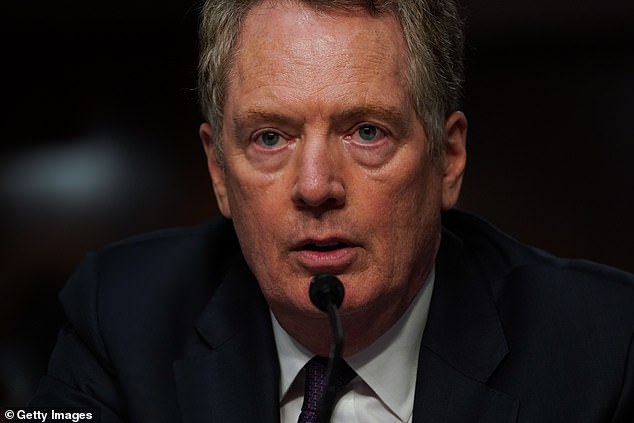 Any deal must be approved by Congress. Failure to deliver an agreement before the election in less than five months’ time means that Mr Trump could be voted out of office before it is finalised.

It could throw into question UK hopes of using a US deal as a bargaining chip to pressure the EU into agreeing post-Brexit terms.

The position of Democrat presidential candidate Joe Biden on a prospective deal is not known.

Mr Trump has been a champion of Brexit and has repeatedly given his public support for securing a trade deal with Boris Johnson.

Negotiations on a deal, which have been delayed first by the date of Brexit being repeatedly pushed back and more recently by the coronavirus crisis, have entered their second round of talks.