Liz Truss has branded Nicola Sturgeon ‘out of touch’ as she vowed to go ‘toe to toe’ with the SNP.

The Conservative leadership frontrunner accused the First Minister of using ‘divisive sabre-rattling’ about another independence referendum to distract from failings on education, drug deaths and ferries.

Writing in today’s Scottish Daily Mail ahead of a leadership hustings debate in Perth, she said she will ‘have no truck’ with Miss Sturgeon’s push for another referendum next year. In a series of high-profile promises, Miss Truss vowed to give MSPs ‘parliamentary privilege’ powers to help them act as ‘watchdogs’ of the SNP Government.

She pledged to get Scotland’s economy back on track and provide help to families and businesses facing the highest taxes in the UK.

Ms Truss launched a war of words with Ms Sturgeon a fortnight ago, using a hustings to accuse her of ‘attention-seeking’. The First Minister hit back last week saying Truss once asked her for advice on getting photographed for Vogue.

In the first in-depth piece of the campaign on her approach to Scotland and the Union, Miss Truss said: ‘As Prime Minister I will work tirelessly to drive forward the most successful political, economic and social union in history. England, Wales and Northern Ireland want Scotland to stay at the heart of our United Kingdom.

‘That means doubling down in our determination to deliver for every region and nation. If the SNP won’t step up to address the challenges facing Scotland today, then I will work with those who will.’

Rival Rishi Sunak, meanwhile, also came out talking tough about Sturgeon. He promised that Scottish civil servants would face greater scrutiny from Westminster, while UK ministers will be required to be more visible north of the border.

Mr Sunak said: “The future of the United Kingdom is bright but our Union must work together, each nation shoulder to shoulder, to get there. We must defeat the collective challenges threatening the health of our public services.’

Their pledges came ahead of the candidates heading to Perth to face Tory members at an official hustings tonight.

Despite the attacks on Ms Sturgeon, the event is likely to be dominated by horrific economic forecasts for the whole UK. 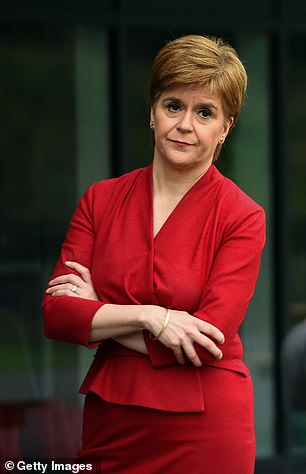 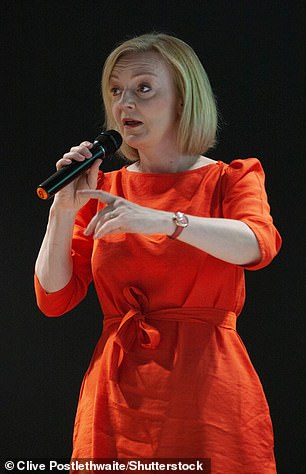 The Conservative leadership frontrunner accused the First Minister of using ‘divisive sabre-rattling’ about another independence referendum to distract from failings on education, drug deaths and ferries. 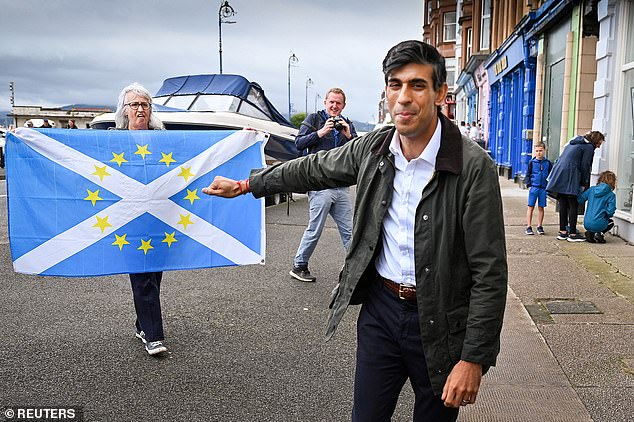 Rival Rishi Sunak, meanwhile, also came out talking tough about Sturgeon. He promised that Scottish civil servants would face greater scrutiny from Westminster, while UK ministers will be required to be more visible north of the border.

New figures today showed Britons’ spending power is plunging at a terrifying rate as wages are outstripped by rampant inflation.

Regular pay fell by 3 per cent in real terms in the quarter to June, the worst since comparable records began in 2001. Including bonuses earnings were down 2.5 per cent.

Using the headline CPI inflation rate that does not include housing costs the situation was even worse, with a 4.1 per cent drop in regular pay and 3.6 per cent in total pay.

Meanwhile, there are worrying signs that the jobs market is slowing down, with vacancies falling for the first time since 2020 – albeit from record levels.

In cash terms wages are going up sharply, by 5.1 per cent for total and 4.7 for regular pay. But inflation is surging even faster, with fears figures tomorrow will show CPI in double-digits and prompt the Bank of England to push up interest rates again.

In her article for today’s Mail, Miss Truss promises a ‘relentless focus on delivering for the Scottish people’.

And in a series of policy announcements yesterday, the Foreign Secretary said she would change the Scotland Act to give ‘parliamentary privilege’ powers to MSPs for the first time, allowing them to hold the Scottish Government to account.

Ahead of a visit to a Speyside distillery she also pledged to push for the abolition of a long-standing 150 per cent tariff on Scotch whisky in India.

She said: ‘Having grown up in Paisley, I consider myself a child of the Union. As a nation we are stronger together and the UK needs Scotland as much as Scotland needs the UK.

‘For too long, people in Scotland have been let down by the SNP focusing on constitutional division instead of their priorities. That won’t happen under my watch. I’ll make sure that my government does everything to ensure elected representatives hold the devolved administration to account for its failure to deliver the quality public services – particularly health and education – that Scottish people deserve.’ 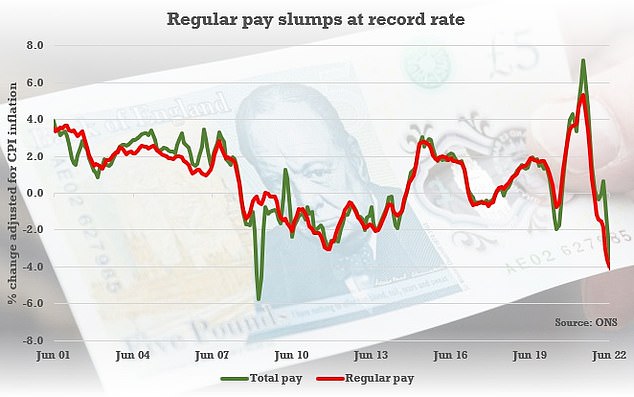 Using the headline CPI inflation rate that does not include housing costs there has been a 4.1 per cent drop in regular pay and 3.6 per cent in total pay

Miss Truss said: ‘The SNP should have a laser-like focus on the problems being experienced by the people in Scotland today, from a stubbornly wide educational attainment gap, to an increasing and tragic loss of life to drug addiction, to island ferries long delayed and yet to float.

‘The Scottish people will not be distracted from these failings by divisive sabre rattling.’

Miss Truss’s campaign received a boost yesterday when a poll of 1,000 Scots by Diffley Partnership for Charlotte Street Partners found 11 per cent would be more likely to support the Tories at the next general election if she wins, compared with 9 per cent for Mr Sunak. Miss Truss was rated more honest, truthful and more in touch with the public, while Mr Sunak scored higher on his approach to the economy.

The former Chancellor yesterday vowed to step up scrutiny of the Scottish Government by introducing a new obligation on Scottish civil servants to attend Westminster committees, while also pledging to make UK ministers more visible north of the Border.

He said he would force the Scottish Government to publish consistent data on public services, allowing its performance to be accurately compared with other parts of the UK.

Mr Sunak said: ‘For too long the SNP has been able to obscure its failures by picking and choosing the data it publishes – I would change that.’

SNP Westminster leader Ian Blackford said: ‘The only thing Rishi Sunak and Liz Truss should be coming to Scotland to do is to say sorry for their part in the spiralling Tory-made cost of living crisis, which they have directly contributed to.’