The White House was pinged by Twitter after claiming the Biden administration was responsible for the biggest ever annual reduction in the deficit – with a context note pointing out that the difference between the federal governments income and expenditure was still the fourth biggest in history.

It is not the first time that White House claims have been fact checked on Twitter.

Mostly recently officials deleted a tweet that took credit for a record increase in social security payments after users pointed out that it was an automatic raise based on high inflation.

This time around it came after the White House said: ‘The Biden-Harris Administration lowered the deficit with the single largest one-year reduction in American history.’

Officials have frequently talked up a $1.4 trillion reduction in the deficit.

But Twitter users were quick to point out all was not as it seemed. 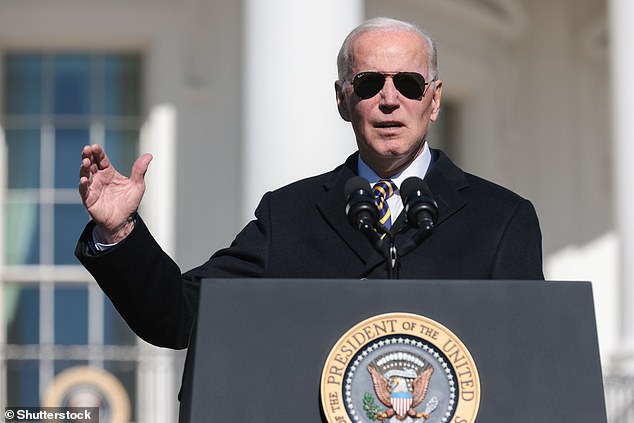 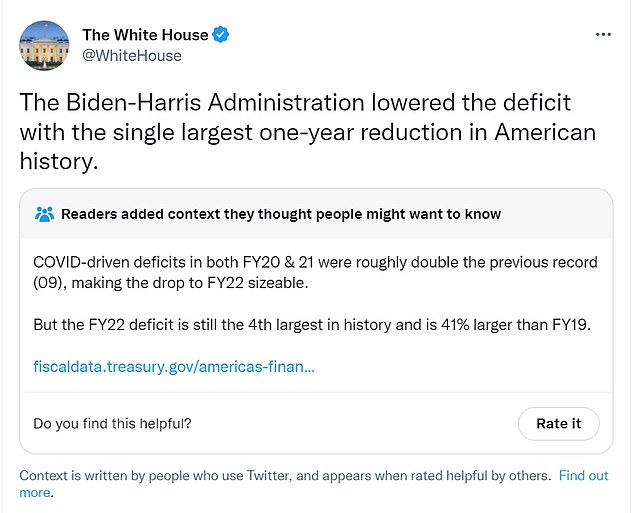 The tweet was quickly appended with user-generated context, pointing out that the deficit was still historically high and any reduction was exaggerated by the impact of the pandemic

COVID-19 spending and reductions in tax revenues had distorted things in the two previous years they said, making this year’s deficit decrease something of a return to normal.

At the same time the overall debt continues to increase and this year’s deficit is still historically big.

The result was an extra message of context added to the original post.

‘Readers added context they thought people might want to know,’ it said.

‘COVID-driven deficits in both FY20 and 21 were roughly double the previous record (09), making the drop to FY22 sizeable.

‘But the FY22 deficit is still the fourth largest in history and is 41 percent larger than FY19.’

Earlier this month, the White House forced into an embarrassing Twitter climbdown, deleting a tweet that claimed President Joe Biden was responsible for seniors getting the biggest increase in Social Security checks in a decade.

As fact checkers were quick to point out, the increase is based on the rate of inflation and required by law. 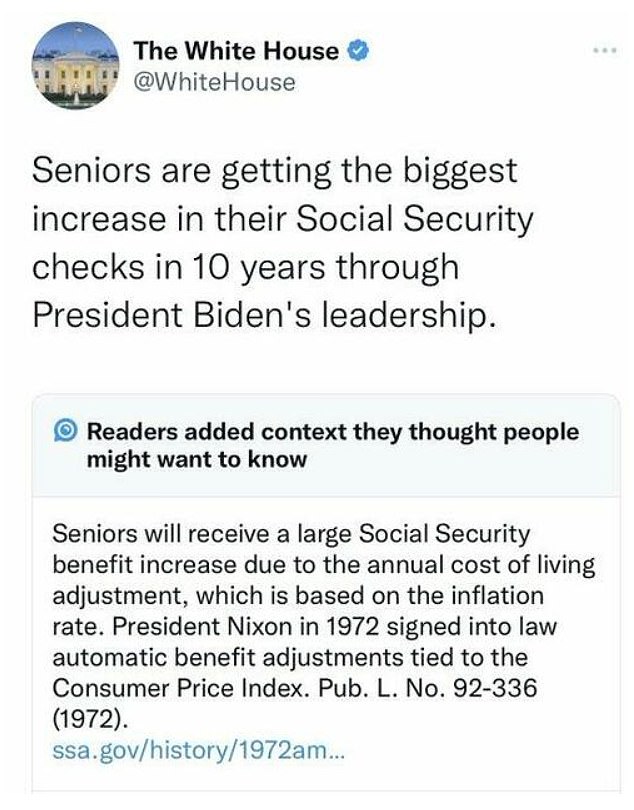 Earlier this month, the White House boasted about increases in Social Security payments. A day later the tweet had been deleted after Twitter added a fact check 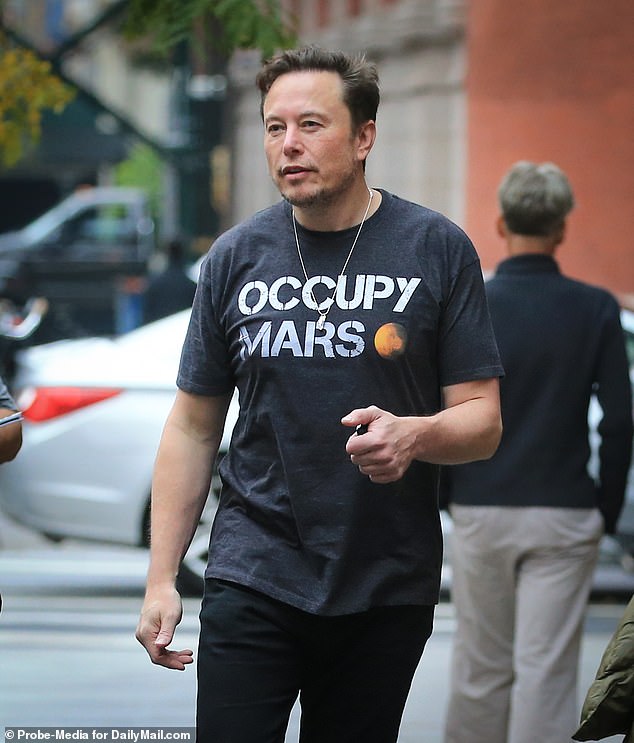 The mistakes come at an embarrassing time for the White House, as Twitter’s new owner Elon Musk has worried Democrats with promises to reduce restrictions on users

By lunchtime the following day the message had been deleted.

‘Seniors are getting the biggest increase in their Social Security checks in 10 years through President Biden’s leadership,’ it said.

Part of that is true. Next year Social Security benefits will rise by 8.7 percent next year, which is the largest cost-of-living adjustment since 1981.

Policy experts on Twitter were quick to suggest the Biden administration was claiming credit for something that happened automatically – and which reflected historic levels of inflation.

‘Seniors will receive a large Social Security benefit increase due to the annual cost of living adjustment, which is based on the inflation rate,’ it said.

It included a link to the relevant legislation.

Biden’s opponents delighted in the confusion.