Two young boys were killed when a lightning bolt struck them down while they were rowing in Orlando, Florida, on one of the boy’s 12th birthday.

Three rowing teammates, who were also aboard, righted the boat and were able to bring Langston to shore with the help of their coach, but Gavin could not be found. 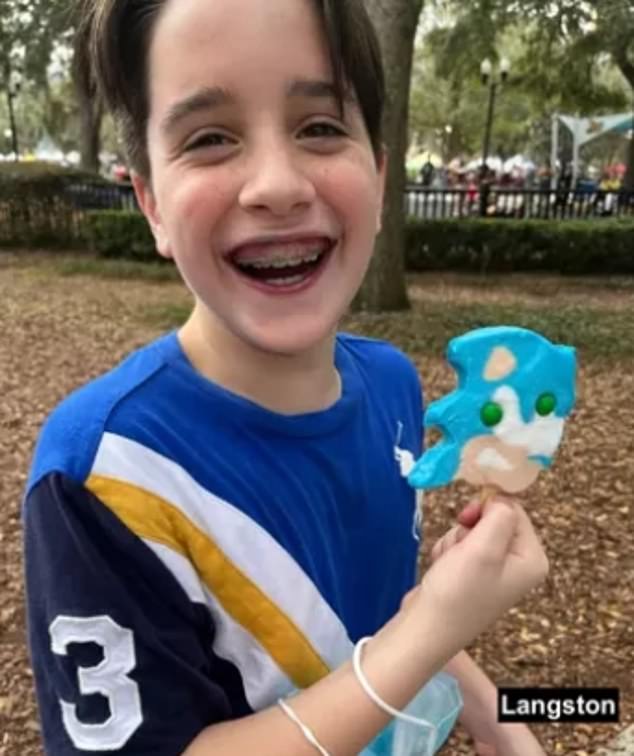 Langston Rodriguez-Sane, 12, spend two weeks in hospital before he died after a lightning strike happened where five members of a rowing team were practicing in Orlando 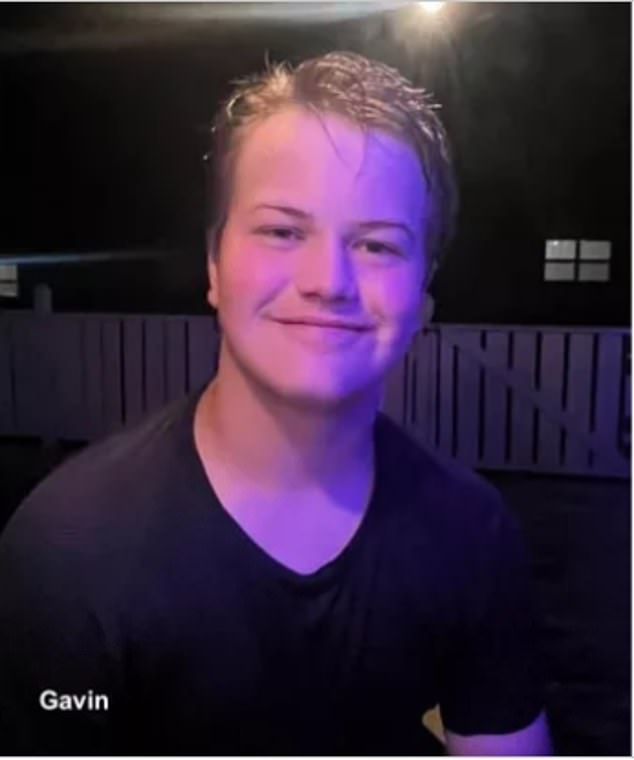 Gavin Christman, 13, was missing for 24 hours before his body was found in Lake Fairview

The severe weather event occurred on September 15 as the five students were practicing on the lake, leaving their vessel capsized, according to the Orlando Fire Department.

‘We wish to shine a spotlight on the beauty and joy that Gavin and Langston brought into this world,’ said the GoFundMe page.

‘Gavin’s warm eyes and loving heart reached the soul of every person he met. He had a sensitivity and insightfulness that far exceeded his 13 years of life. Gavin’s charming, good looks, keen intellect, and quick wit brought laughter to even the most mundane of situations.

‘Langston was a bright light in this world. He was welcomed into heaven on his 12th birthday as family and friends gathered to celebrate the infectious joy that he brought to so many lives.

‘Langston had a playful sense of humor that made those around him laugh and smile, especially his big sister. He was uniquely and unapologetically himself.

Members of the rowing community met in wake of the tragedy to go over safety procedures, Fox35 reported.

Coach Bill Zack said he would like to see lightning detectors installed to detect a possible strike minutes before one happens at the lake.

In a September 24 post, the North Orlando Rowing nonprofit sports club said: ‘It is with broken hearts that we share the passing of a second rower involved in last Thursday’s weather-related tragedy.

A view of lake Fairview, in Orlando Florida, where the boys were killed is show 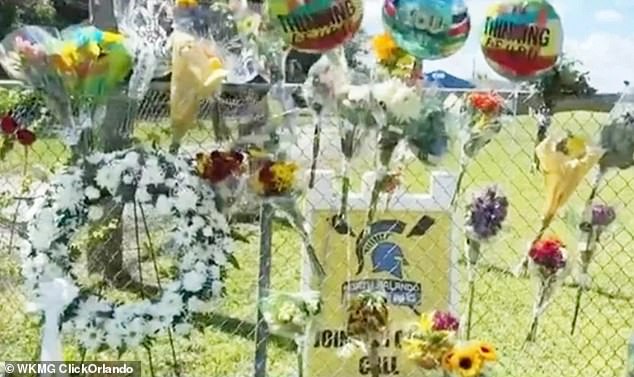 ‘The NOR community is devastated and continues to focus on supporting our affected families and our entire NOR team during this difficult time.

‘We continue to cooperate with local authorities and USRowing as they investigate the incident.

‘Until the investigation is complete, we are unable to provide further comment.

‘We are beyond grateful for the outpouring of love and concern from around the world. Please continue to hold our families in your prayers.’ 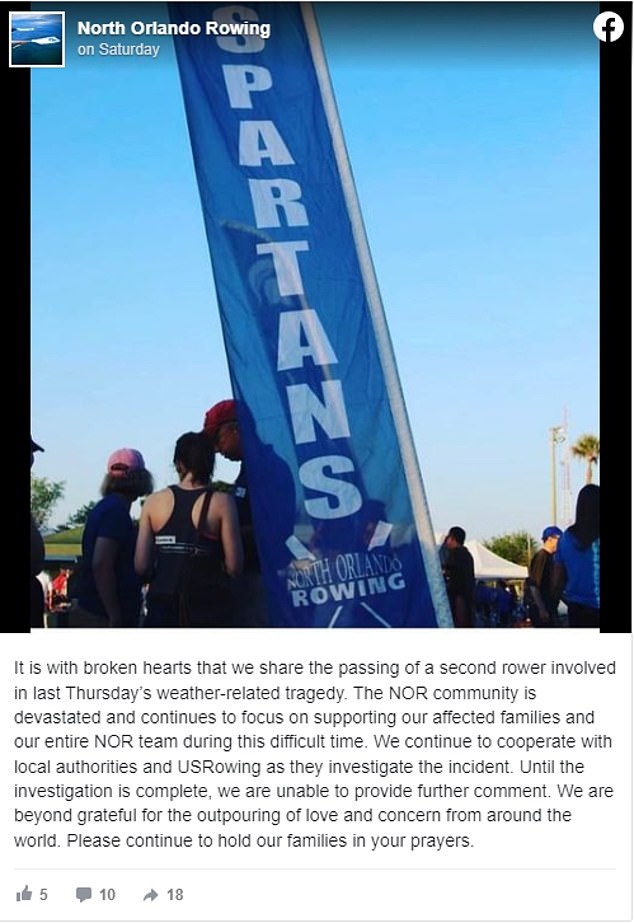 China could take out US aircraft carrier group in ‘minutes’ as America is ‘very vulnerable’ to space threat, Gen says