Two children were killed and 20 more injured when a school bus slipped off an icy road into a ditch in east central Germany.

Local authorities confirmed the incident on Thursday, in which the driver of the bus was also injured.

Citing local police, German newspaper Bild said the bus was carrying more than 20 children to their elementary school when the accident happened near the town of Berka vor dem Hainich in the state of Thuringia. 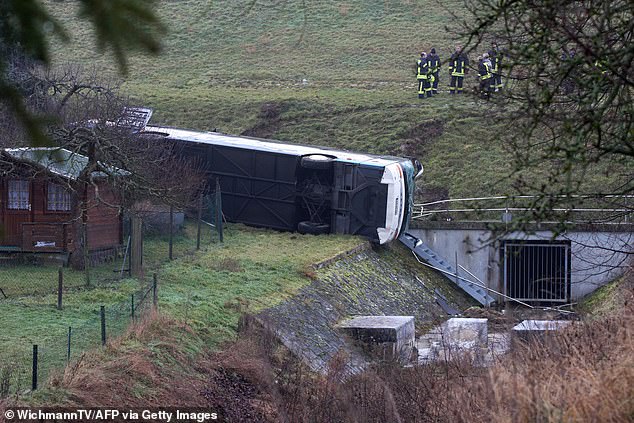 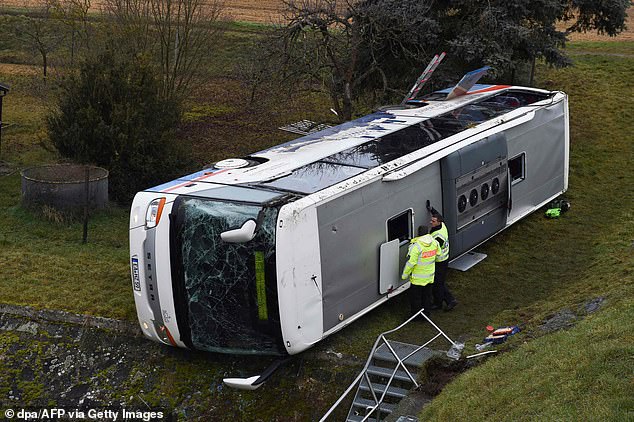 A police officer looks into the school bus that crashed on Thursday, with school children inside

According to Bild, driving conditions were made worse by ‘thick fog’.

In a statement on Twitter, Thuringian state president Bodo Ramelow said he was ‘dismayed’ by the news.

Separately on Thursday, nine children were injured in a similar incident near the Bavarian-Austrian border.

A police spokesman in Rosenheim said that a school bus had crashed into a tree in nearby Traunstein, for still unknown reasons.

He added that the driver had been seriously injured, while the children had sustained light to medium injuries.

Living wage rise to be SCRAPPED because coronavirus means country 'can't afford' increase to £9.21 per hour

Hope those handcuffs are tight: Celebrities react to Weinstein verdict