Two women caused chaos at a school Christmas nativity after fighting to find the best place to video the play  – sending a small child dressed as an angel flying.

Footage captured the brawl which erupted in an elementary school theatre in the district of Albani Roccella in Gela, Italy.

Two women can be seen jostling one another in an angry tussle before suddenly falling to the floor as the audience gasp. 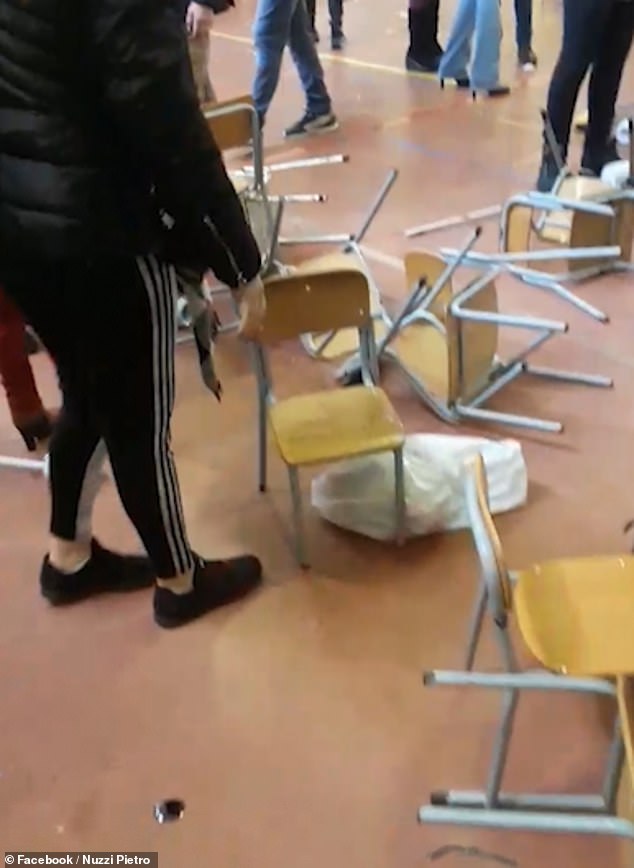 A girl dressed as an angel is knocked over in the chaos and is quickly lifted to safety by a parent.

A clip of the aftermath shows chairs knocked over and strewn on the floor, parents shouting angrily at one another, crowds pushing and children crying.

One parent can be seen cradling and comforting her daughter dressed as an angel as she cries.

And a teacher appears to be trying in vain to calm the audience who can be heard arguing and shouting amid the chaos. 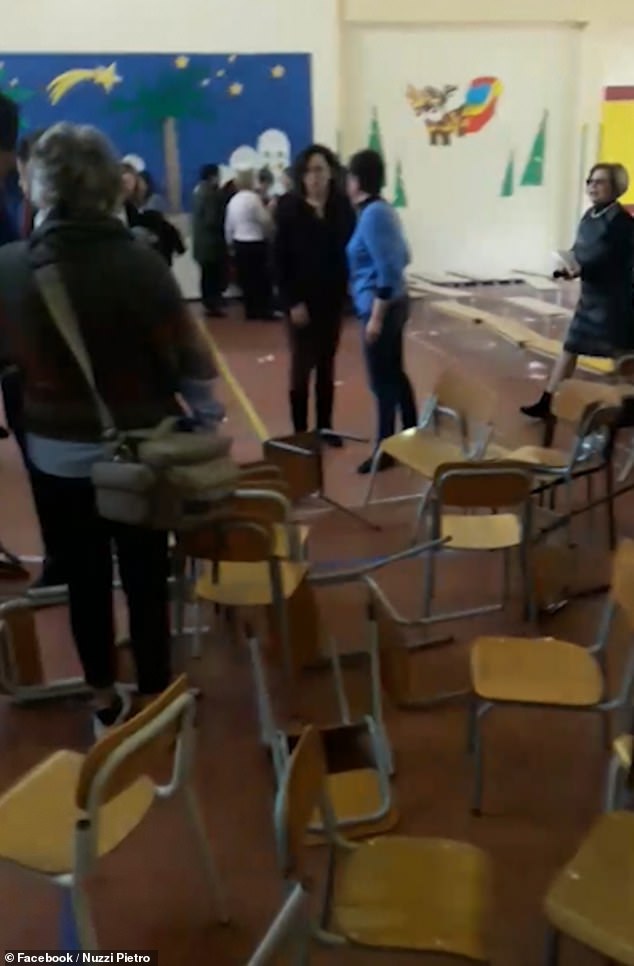 The parents had reportedly been arguing over the best place to film the school nativity play when a physical fight broke out between them.

Mothers were forced to pick up their children and run away from the chaos in the packed theatre hall, according to local media.

Police were called and were forced to intervene. And the two women were reportedly were left with scratches and bruises from the brawl.