THIS is the horrifying moment a woman is repeatedly kicked and stamped leaving her with a 'broken nose and jaw'.

The video was taken in Southsea Common in Portsmouth yesterday and shows a woman on the ground as another woman kicks her in the face over and over again while siting down. 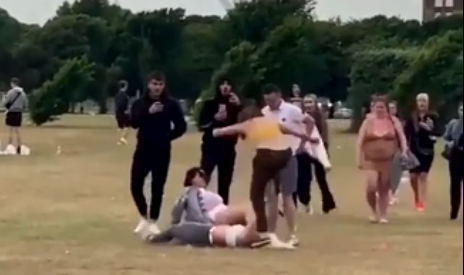 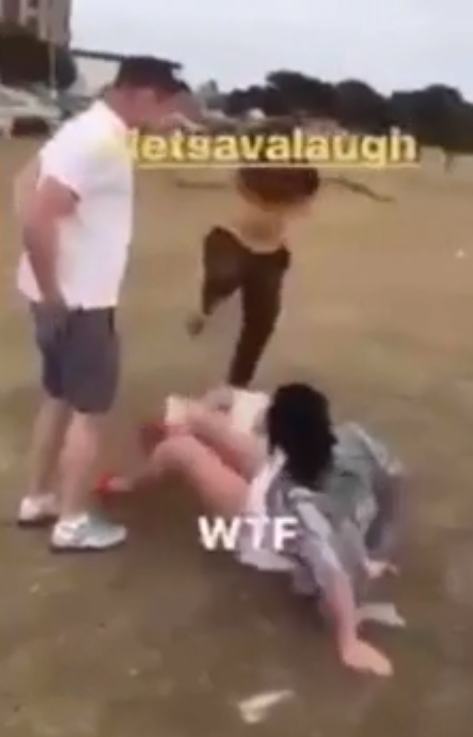 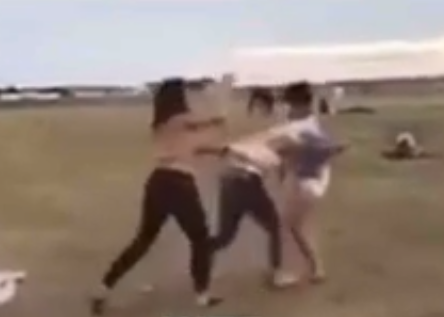 The other woman in a yellow top and brown trousers stamps on her head at least twice, leaving the victim motionless.

In another distressing video taken from a different angle, the two yobs are seen pulling the woman to the ground by her hair.

The victim's mum shared the videos online in hopes the two brawlers can be found.

She wrote that her daughter has suffered a broken nose and possible fractured jaw.

When she was asked if her daughter was okay she said: "broken nose and possible fractured jaw xx"

In another comment she said she was taking the video to police.

The two women walk away from the scene as a crowd of people watching then move in to try and help the victim.

The woman appears to be unconscious when a bystander picks up the victim's hand, but it flops back as soon as she lets go.

The videos have been widely shared online and viewed hundreds of thousands of times.

Police yesterday said they are appealing for witnesses to come forward.

A Hampshire Constabulary spokesperson yesterday said: “We have been receiving a high level of calls into our 101 Contact Centre regarding a number of videos being shared on social media of an assault that took place on Southsea Common in Portsmouth.

“We are aware of this incident, and the videos being shared, and our officers are currently investigating this.

The Sun Online contacted police for an updated statement. 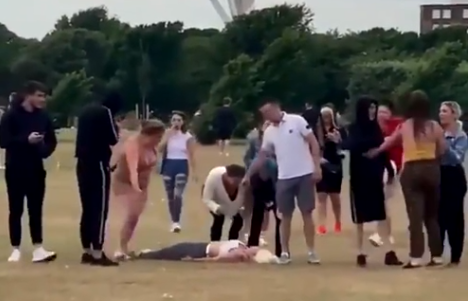