BRITS could bask in temperatures even hotter than Majorca over the Easter weekend, with up to 22C forecast for Good Friday.

Icy conditions swept across the country, as a Scandinavian ice blast left the mercury plummeting to an arctic -6C last night. 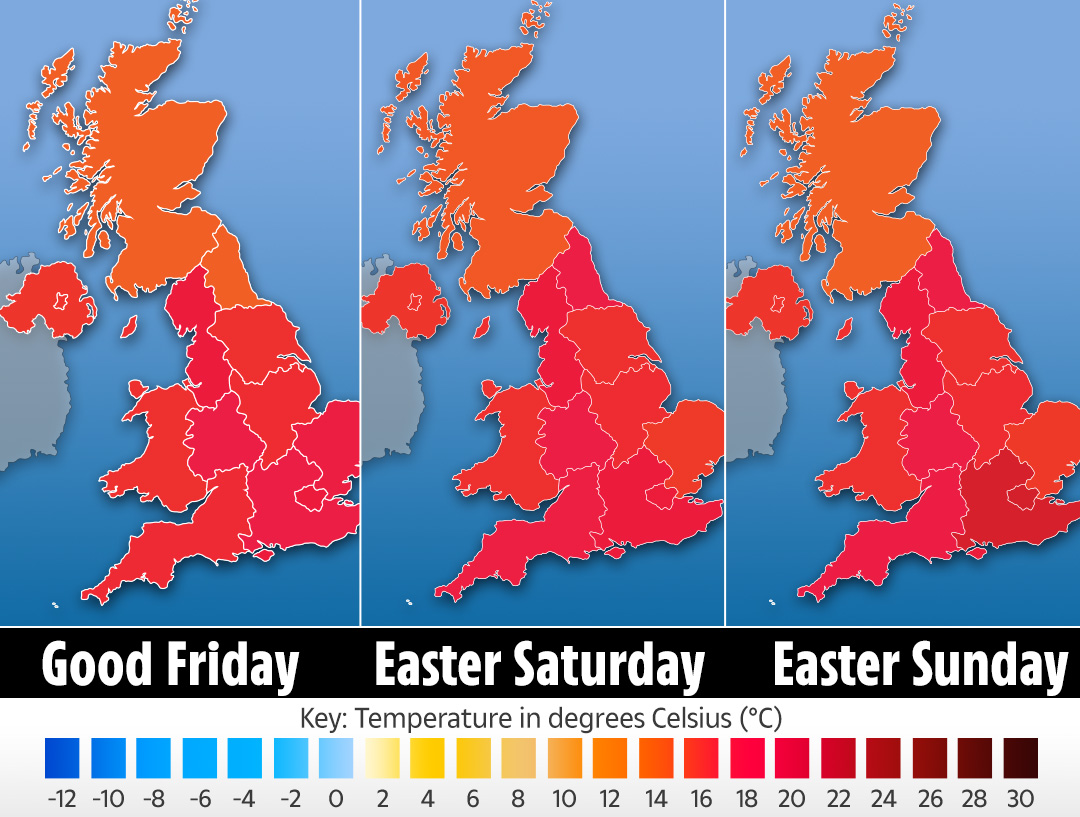 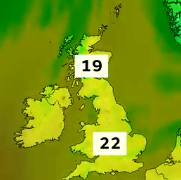 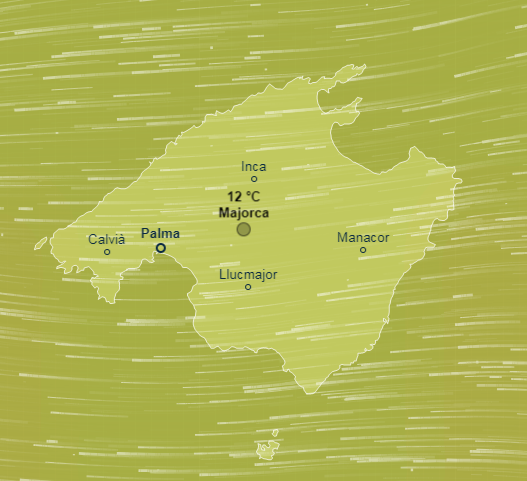 But there's good news for Bank holidayers, as the Met Office predicted temperatures would steadily rise over the coming week, with an Easter weekend bonanza in store.

Meteorologist Sophie Yeomans said: "Good Friday seems to be a fairly decent day, in many parts temperatures will be a fair bit warmer.

"Temperatures will go up throughout the week into the early 20s by Friday, with a chance of reaching 22C."

In contrast, the Spanish island of Majorca is currently on track for a cloud-decked 19C Good Friday after a week of warmer sunshine – with some projections estimating a seriously cool 12C.

Ms Yeomans said the welcome change in weather was due to an area of high pressure blowing in from mainland Europe.

Temperatures will go up throughout the week into the early 20s by Friday, with a chance of reaching 22C

A chilly air will persist tonight, as Britain waves goodbye to the last of the Scandinavian ice blast and welcomes a plume of hot air from the continent.

Today temperatures averaged around 11C, with many enjoying a sunny but cold day in the sunshine.

Overall the week should be largely dry and sunny, with some outbreaks in rain possible on Monday and Tuesday.

"Monday morning could be a cold one for many, with frost across central parts of England as well as East Wales and parts of Scotland.

"But it will become a bit milder than today, with temperatures picking up to around 14C. By Tuesday that will be around 15C, with highs of 17 or 18C expected on Thursday."

A Met Office summary read: "Many places will be dry for Good Friday, with warm sunny spells.

SWITCHCRAFT is a free service that finds you the right energy deal – and you could save an average of £219 a year.

"The rest of the Easter weekend is looking to be mainly dry and warm, though there is still some uncertainty in the forecast as to how cloudy it will be, and whether there may be some rain in northwestern parts of the UK.

"For the rest of April, the weather looks likely to become more mixed with some rain at times, particularly in the west and northwest.

"Temperatures will mainly be fairly warm, especially in the southeast in any sunshine, however it will be cooler under any cloud and rain." 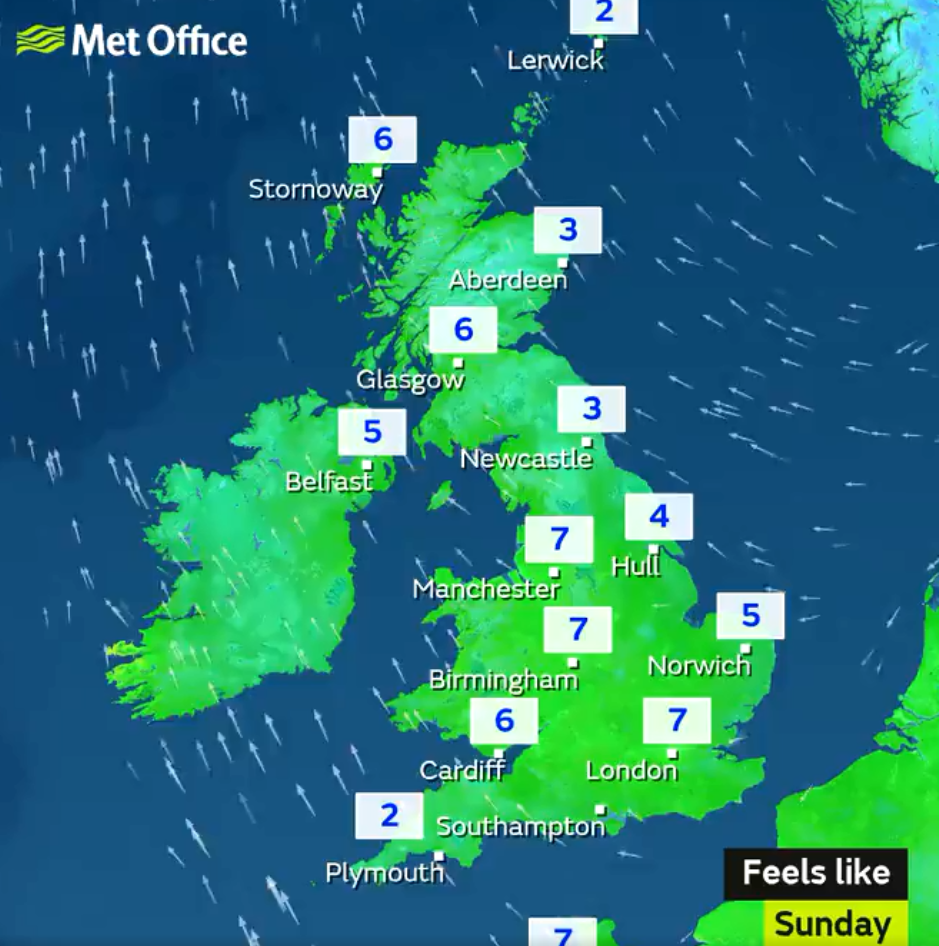 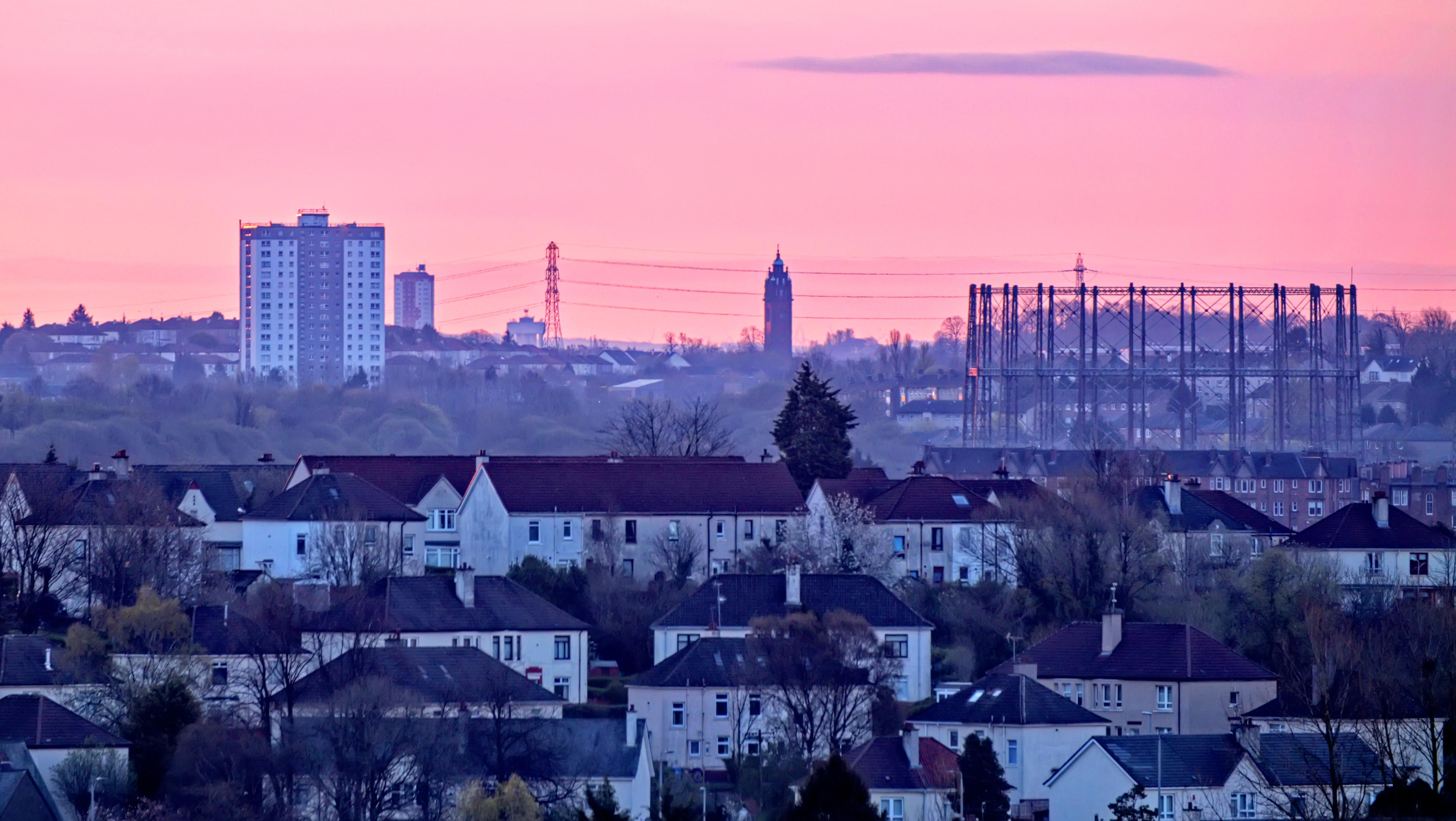 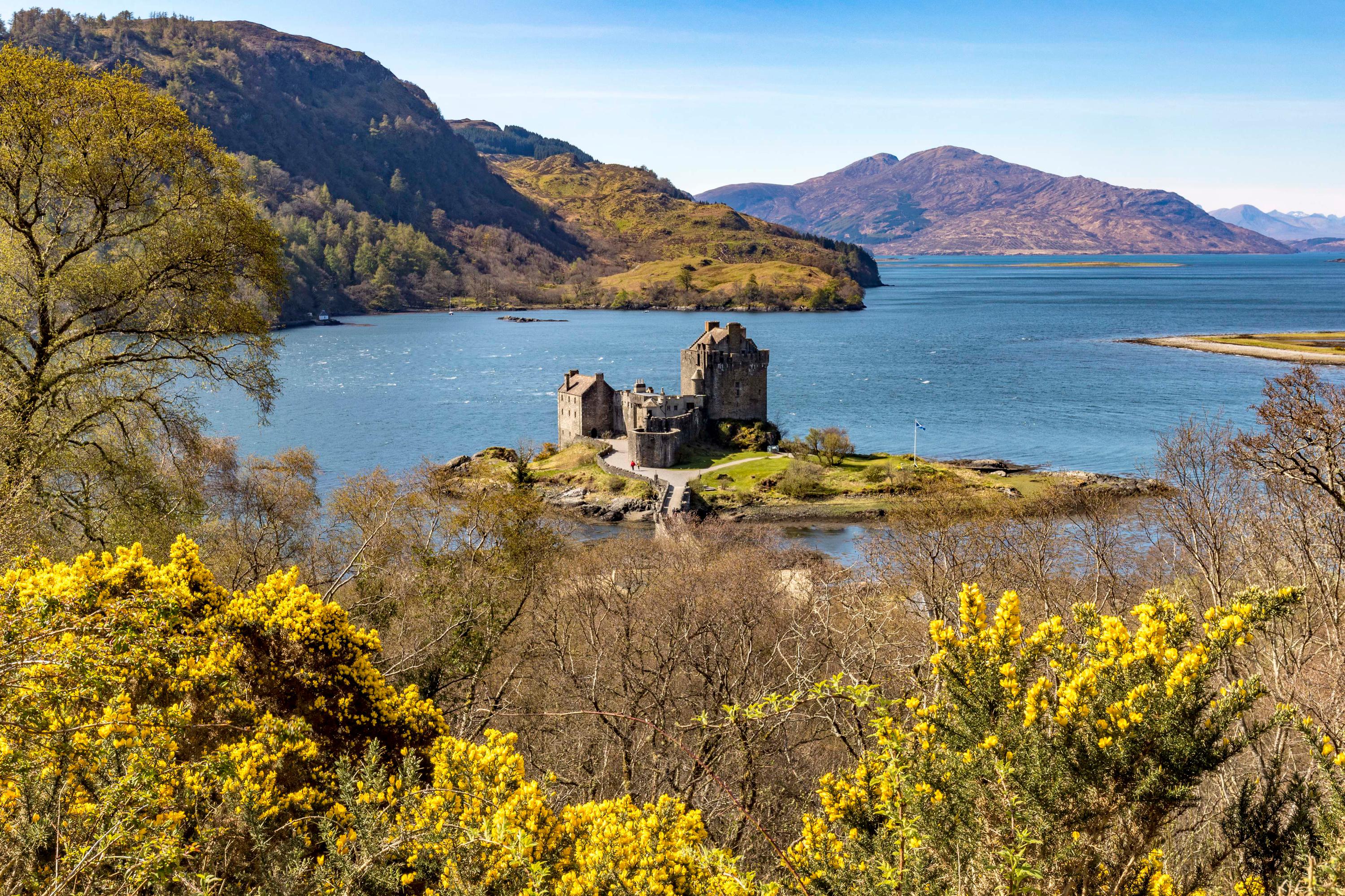 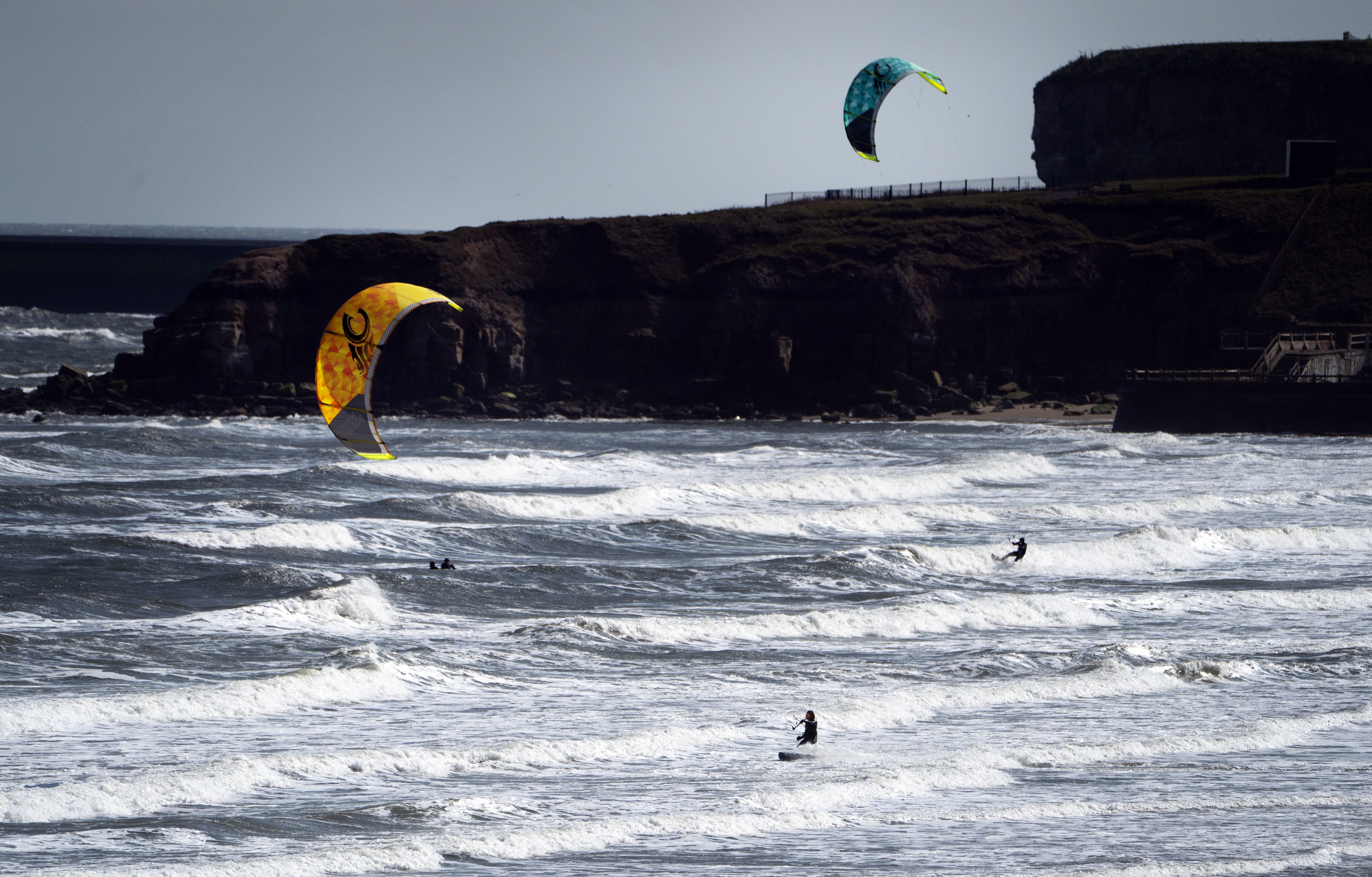 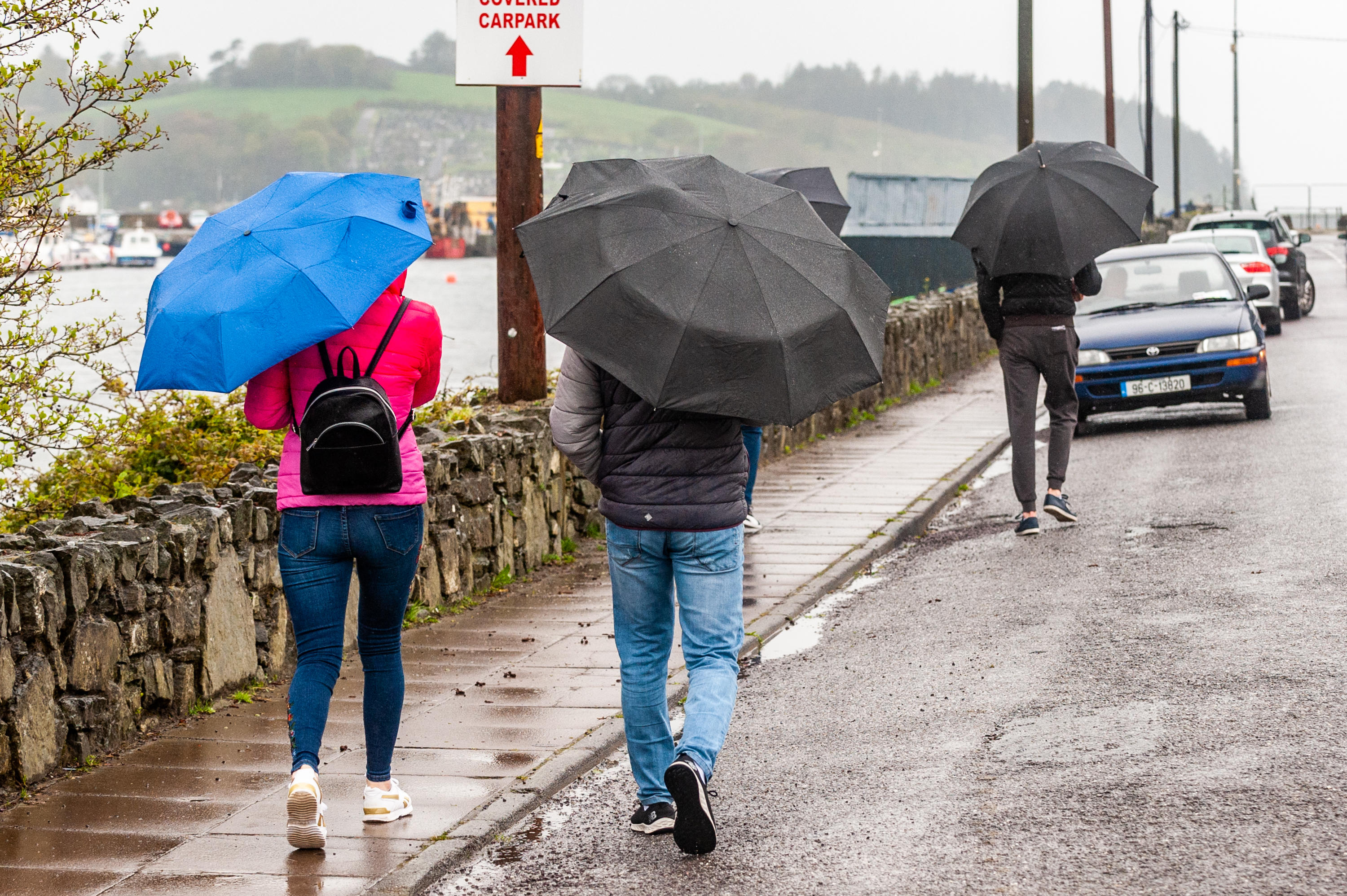 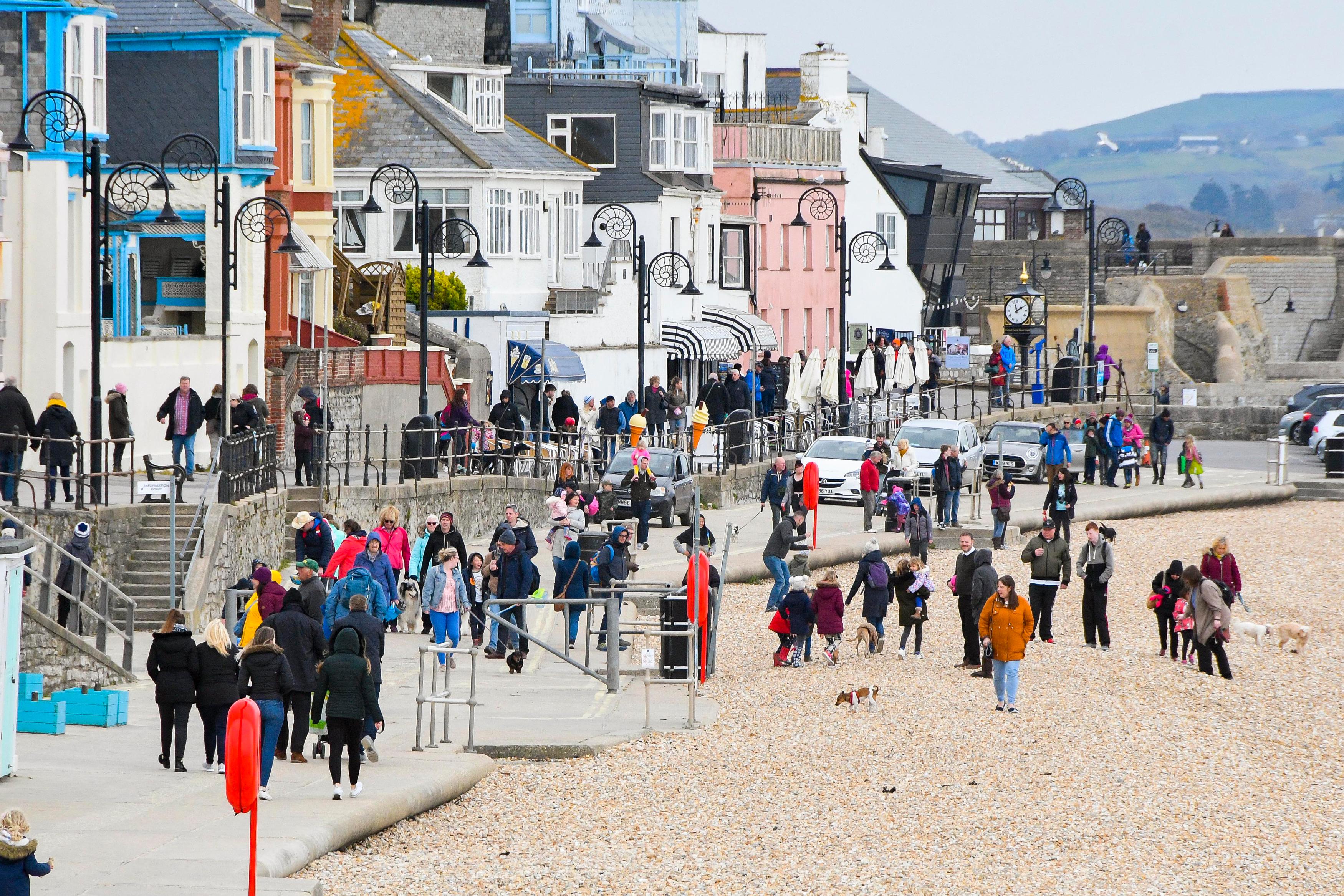 Britain's parks are packed with sunworshippers amid 79F heat