Instead Brits have been forecast dense fog, bone-chilling temperatures and drizzling rain today and Boxing Day. 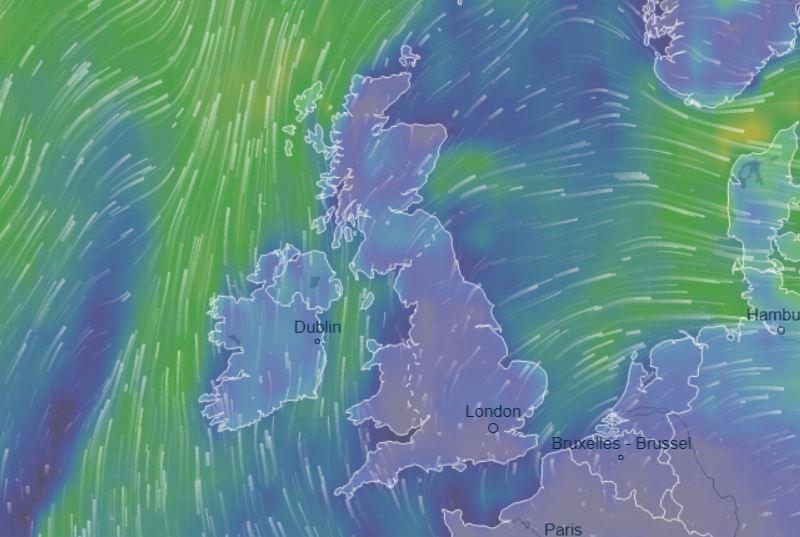 Temperatures will start as low as  -4C, or even below in parts of Scotland.

But in the south west temperatures will kick off from 10C, with some sunny spells offering about 12C.

Most of the country will be covered in thick fog, although there will be relatively clear skies in the north east, and that's where it will be coldest. 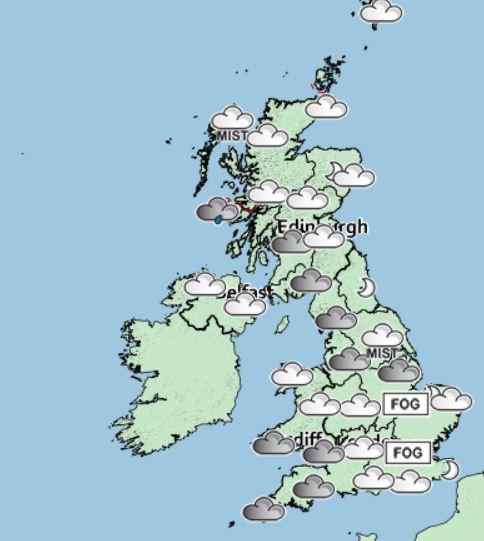 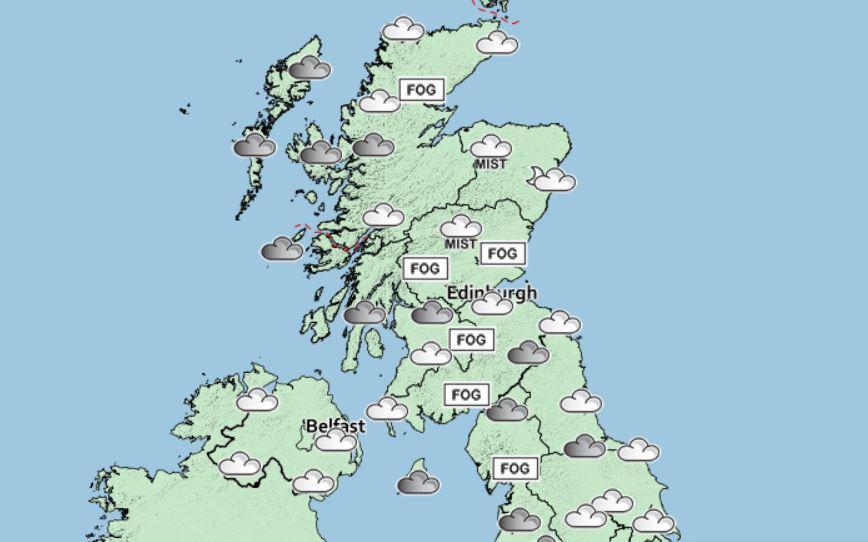 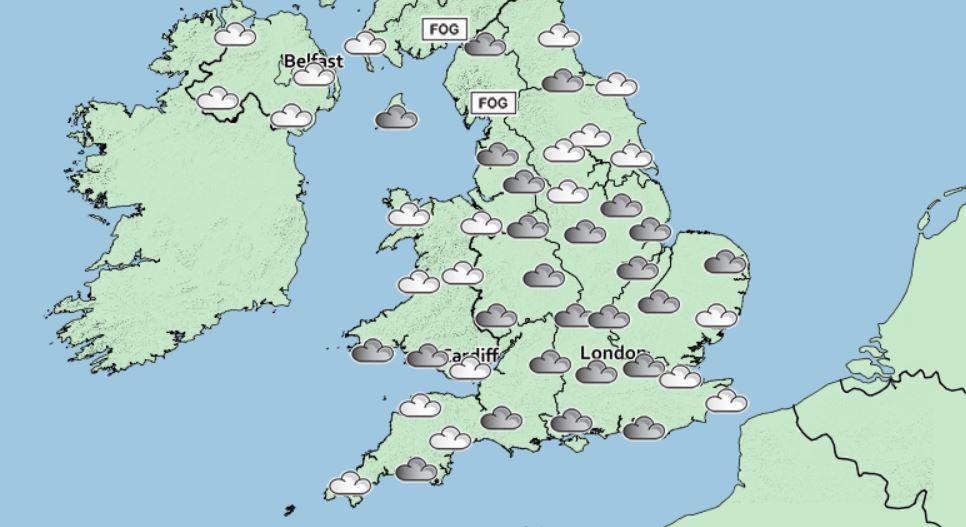 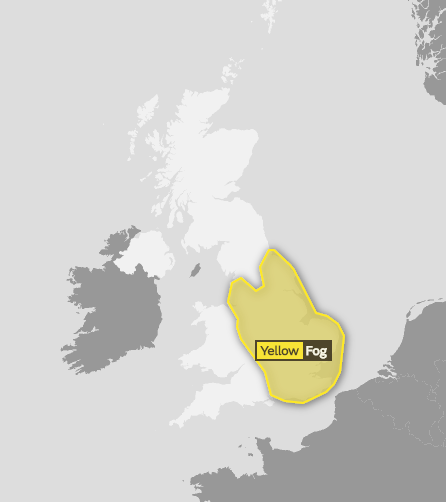 This morning will see drizzling rain start in western Scotland, before moving to northern England.

The Met office warn there are 33 flood alerts are in place across the country with a "danger to life" fog warning.

It has issued a yellow weather warning across England with the conditions expected to spread across the whole of Britain.

In some places visibility will be reduced to just 50m.

Heavy rain has caused streams to swell across England and Wales – resulting in more than 30 flood alerts.

The Met Office’s weather warning will last until at least 11am, when temperatures will peak at around 8C in London, and 6C in Norwich.

Sarah Kent meteorologist at the Met Office, said last night: “We are expecting fog to redevelop pretty much after sunset.

“With long nights it means fog can become thick leading to some pretty challenging drive conditions if people are travelling through the evening or tomorrow morning as they join friends and family for Christmas lunch. 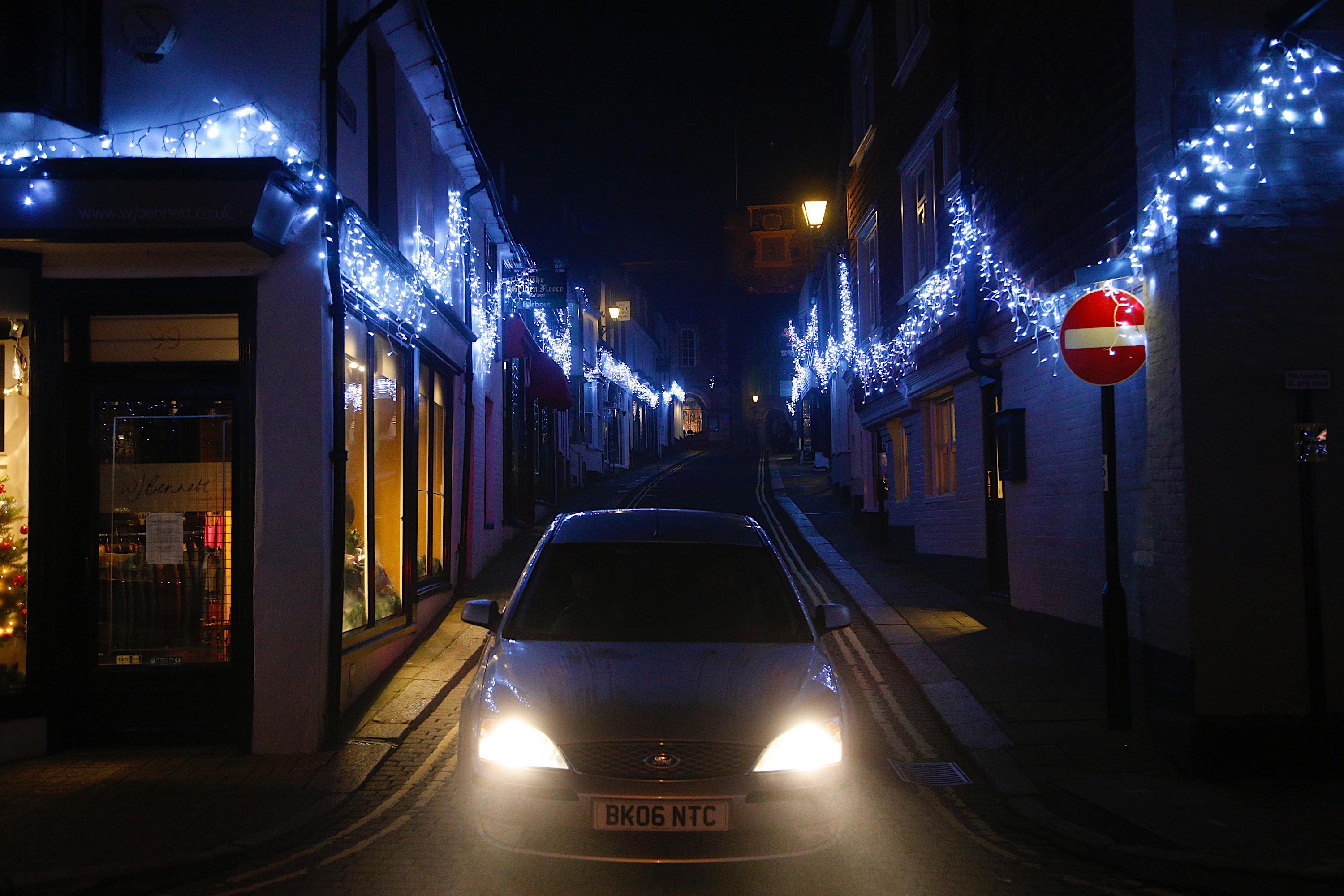 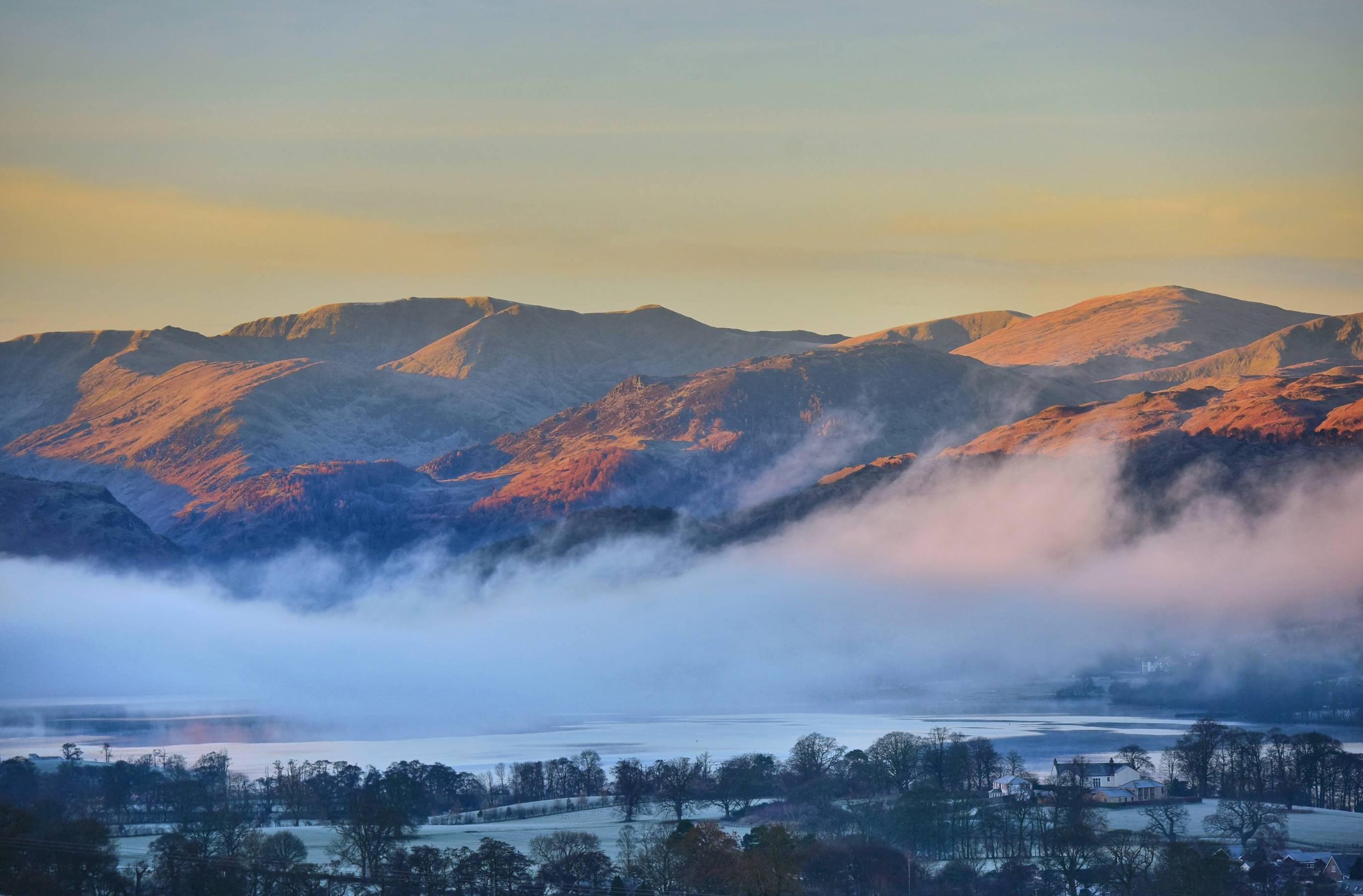 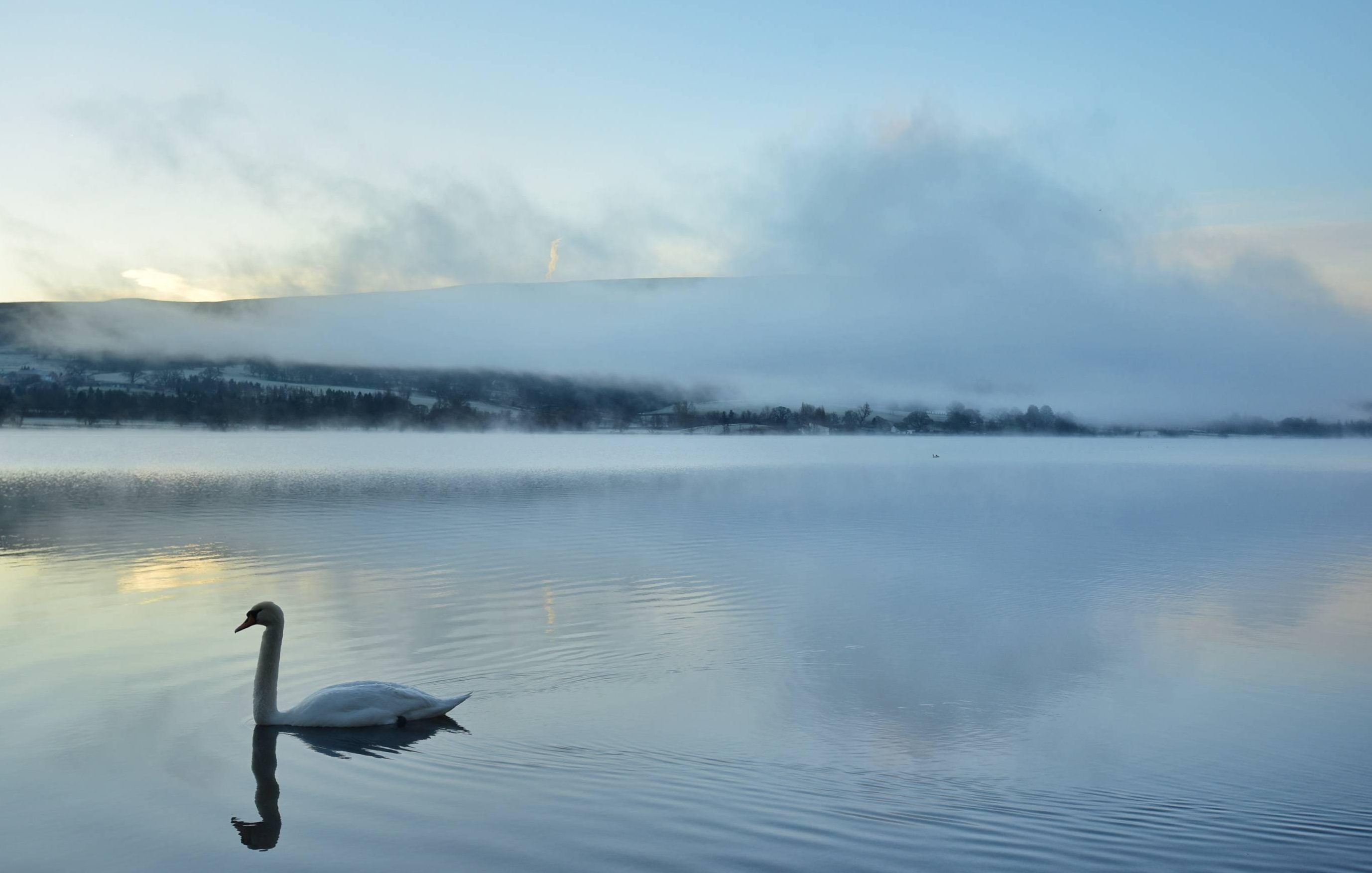 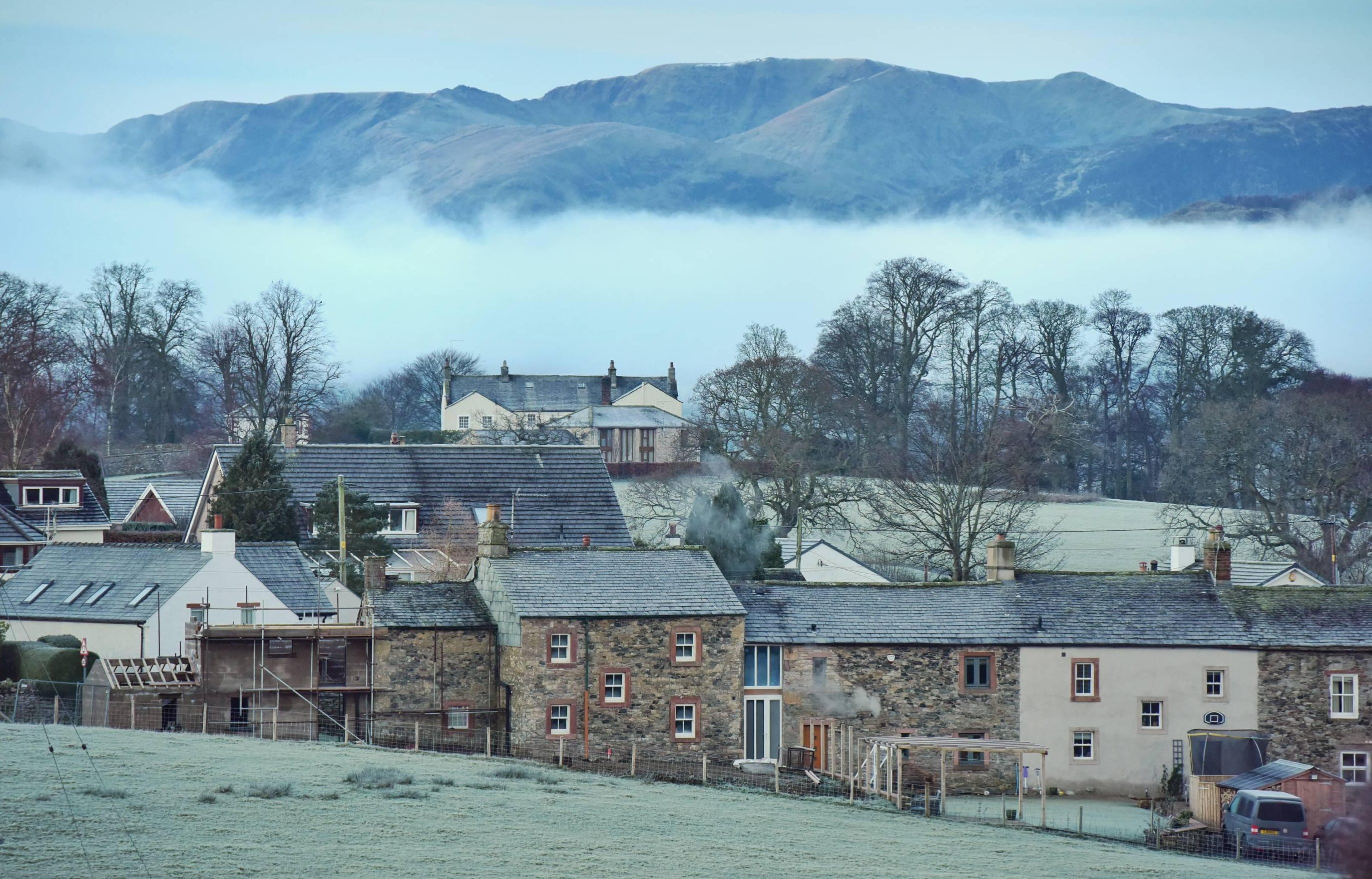 “It’s going to be a cold one this evening so they’ll be freezing fog across central England, the west and then up into the north east of the country.

“The fog will start to thin tomorrow morning and lift away, but there could be some pockets persisting.”

She added: “In the south west of the of the country its going to cloudy with drizzle – while in the north, towards places Like Liverpool and then onto Aberdeen in Scotland, temperatures will be staying balmy at around 8C.”

Surprising lessons learnt from a year like no other