A Ukrainian goat has injured 40 Russian soldiers after triggering their own tripwire and setting off a series of grenades.

Ukraine’s Chief Intelligence Directorate said the Kremlin forces were hospitalised after they boobytrapped themselves in the village of Kinski Rozdory in Zaporizhzhia.

Putin’s men had installed pinned grenades around the perimeter of a local hospital and placed tripwires as a ‘circular defence’. 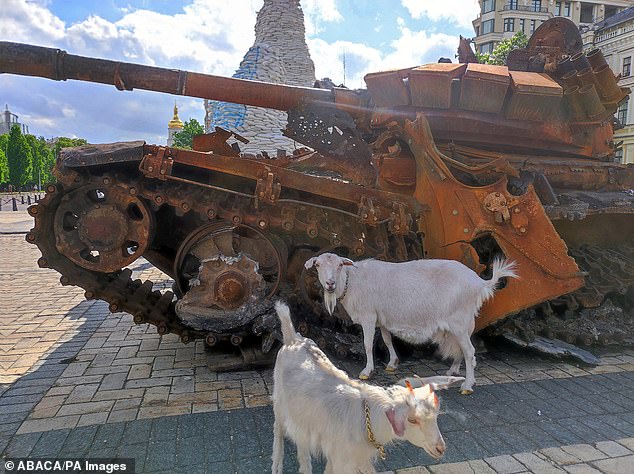 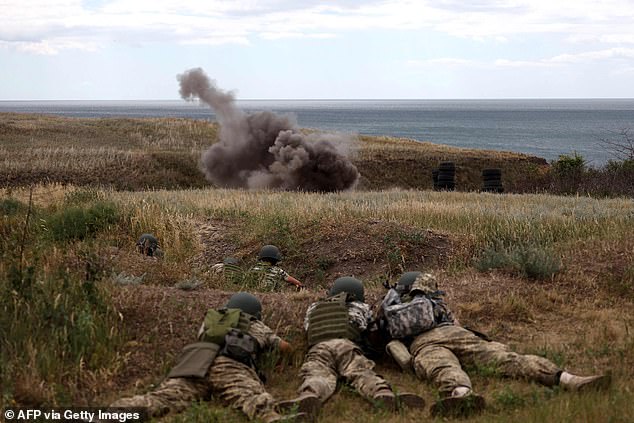 But shortly after they laid the trap, an escaped goat from a nearby farm wandered towards the hospital and clipped the tripwire.

Around 40 of them are now recovering in hospital with various injuries.

The fate of the goat is not known.

It comes as Volodymyr Zelensky urged his country’s allies to speed up shipments of heavy weapons to match Russia on the battlefield. 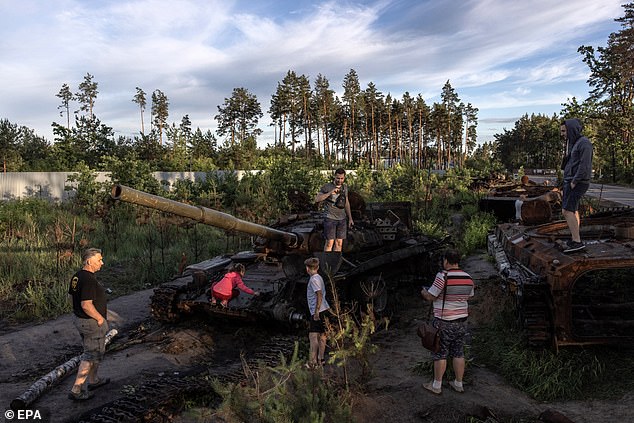 ‘We must free our land and achieve victory, but more quickly, a lot more quickly,’ Zelenskiy said in a video address on Thursday.

Moscow’s massive air and artillery attacks are aimed at destroying the entire Donbas region, he said.

Russia focused its campaign on southern and eastern Ukraine after its advance on the capital Kyiv in the early stages of the conflict was thwarted by dogged Ukrainian resistance.

The war of attrition in the Donbas – Ukraine’s industrial heartland – is most critical in the twin cities of Sievierodonetsk and Lysychansk, which straddle the Siverskyi Donets River in Luhansk province. 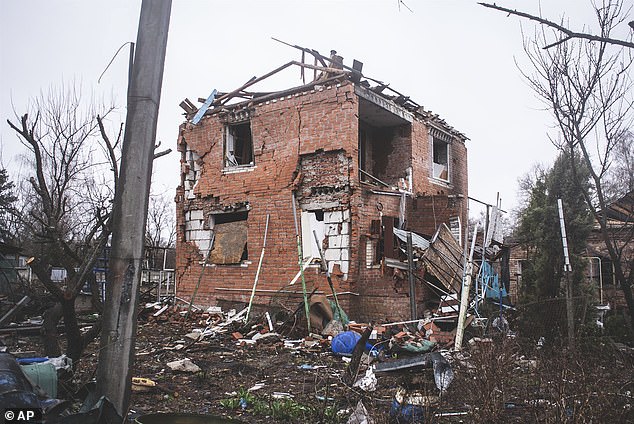 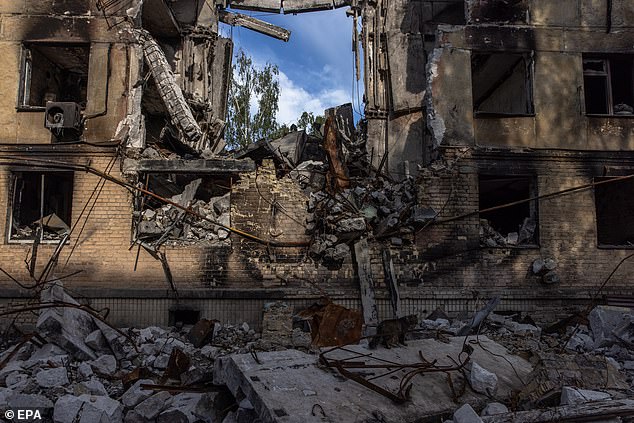 A residential building that was damaged during the Russian attack, in Hostomel, the town northwest of the capital city of Kyiv

The battle there is ‘entering a sort of fearsome climax’, said Oleksiy Arestovych, an adviser to Zelenskiy.

Ukrainian forces were defending Sievierodonetsk and the nearby settlements of Zolote and Vovchoyrovka, Luhansk Governor Serhiy Gaidai said on Thursday, but Russian forces had captured Loskutivka and Rai-Oleksandrivka to the south.

Hundreds of civilians are trapped in a chemical plant in Sievierodonetsk while Ukraine and Russia dispute who controls the bombed-out city.

Moscow says Ukrainian forces in the city are surrounded and trapped. But Gaidai told Ukrainian Television on Wednesday that Russian forces did not have full control of Sievierodonetsk.

Gaidai said all Lysychansk was within reach of Russian fire.

‘In order to avoid encirclement, our command could order that the troops retreat to new positions. There may be a regrouping after last night,’ he said.

TASS news agency cited Russian-backed separatists saying Lysychansk was now surrounded and cut off from supplies after a road connecting the city to the town Sieviersk was taken. 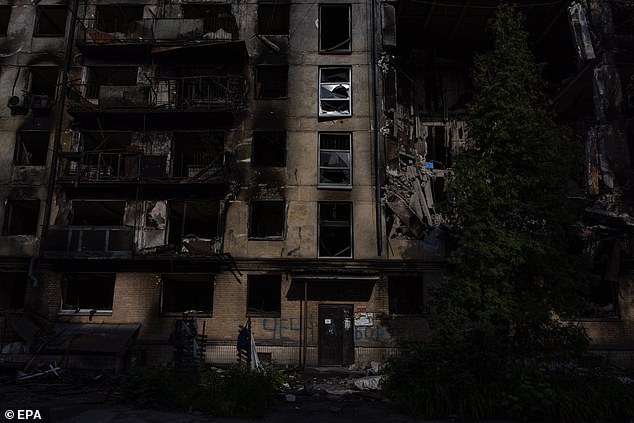 Hostomel, as well as other towns and villages in the northern part of the Kyiv region, became major battlefields, causing death and damage 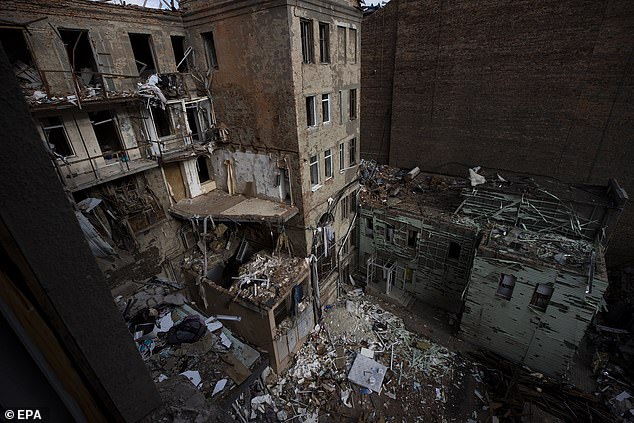 Reuters was unable to immediately confirm the report.

‘Russian forces are putting the Lysychansk-Sievierodonetsk pocket under increasing pressure with this creeping advance … however, its efforts to achieve a deeper encirclement to take western Donetsk Oblast remain stalled,’ the ministry said.

Yesterday, Kyiv said massive Russian bombardments are making life ‘hell’, while insisting its soldiers would hold on ‘as long as necessary’.

‘The Russian army is… just destroying everything’ in Lysychansk, Sergiy Gaiday, governor of the Lugansk region, which includes both cities, wrote on Telegram.

‘It’s just hell out there,’ after four months of shelling in Severodonetsk, he wrote later.

‘Our boys are holding their positions and will continue to hold on as long as necessary,’ he added.

Why is Russia invading Ukraine?