EXCLUSIVE ‘It is so cold down there but it is the only safe place:’ Terrified Ukrainian grandmother trapped with her family in a cellar says her granddaughter, 7, used to cry but now ‘just wishes death on the Russian soldiers’

Trapped in her cellar for days on end as fierce fighting rages above her head, a Ukrainian grandmother has revealed the true horrors of living in a battlefield.

Tatiana Fik fled to her basement more than a week ago when gun fire and explosions shattered her usually peaceful life in the town of Tostyanets in north-eastern Ukraine.

Located less than 25 miles from the border and close to the strategically important city of Sumy the town has always had close links to Russia.

So nothing could prepare retired shopkeeper Tatiana and her family for the devastating onslaught of battle that has engulfed her and her neighbours since Putin’s tanks came rolling into Ukraine last month.

Now the 60-year-old cowers next to racks of preserved vegetables in her freezing cellar with her seven-year-old grand-daughter Sofia, and her daughter-in-law Nathalia, as the battle for Ukraine rages above her head. 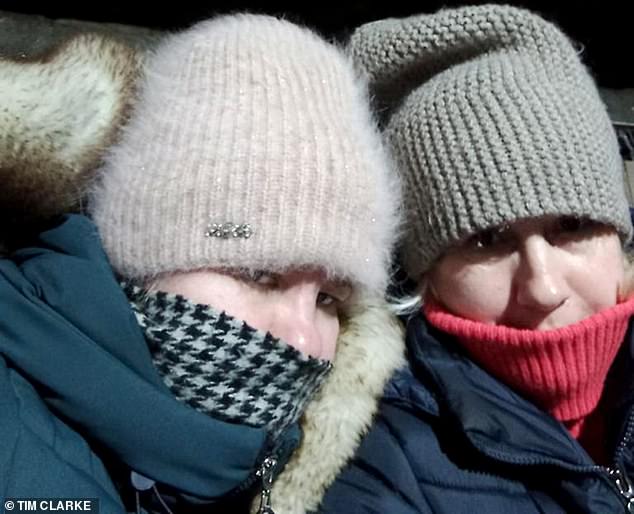 Speaking to MailOnline by mobile phone grandmother Tatiana has revealed the horror of living underground while Russian and Ukrainian forces fight to the death above her.

She said: ‘The whole city is blocked. Ukraine and Russia are at war so I must live in the cellar.

‘It is cold, dark and dusty but it is the only safe place when the bombs are falling.

‘There is fighting at night, during the day and in the morning.

‘Whenever we hear a big noise we run quickly downstairs.

‘I have a private house and it has a big cellar.

‘When the fighting started we heard lots of shooting and explosions.

‘Bombs went off right outside my house. 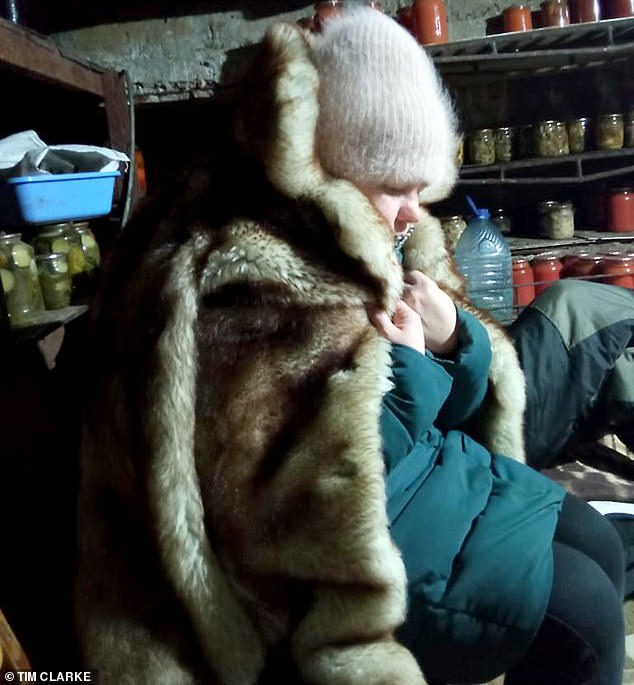 ‘The windows and doors were shaking because of the bombs.

‘It is too cold to stay underground the whole time so we come up from the cellar when the fighting stops.

‘But there have been furious battles right near my house.

‘My neighbour’s house was shelled and there was fighting at the chocolate factory which is 500 metres from my house.’

She added: ‘To start with my grand-daughter Sofia was very afraid.

‘She cried and cried.

‘But now she has grown used to these terrible sounds and she just wishes death on the Russian soldiers.’

Little Sofia and her mother Nathalia have been sheltering with Tatiana while her father Oleg is fighting.

Nathalia revealed how Russian soldiers looted their local shops and got drunk on beer and vodka after forcing their way into town in tanks.

She said: ‘We go back and forth to the cellar. It is so cold down there so we don’t want to stay there but it is the only safe place.

‘We are shocked and terrified.

‘We must keep the lights in the house off.

‘If the Russians see a light they shoot at it.

‘Their soldiers have occupied the centre of the town.

‘They have looted all of the shops.

‘The Russians stole food and alcohol.

‘They drink the beer and vodka and become drunk and start shouting at people.

‘Everyone here can speak Russian but we hate them. They are invaders.’ 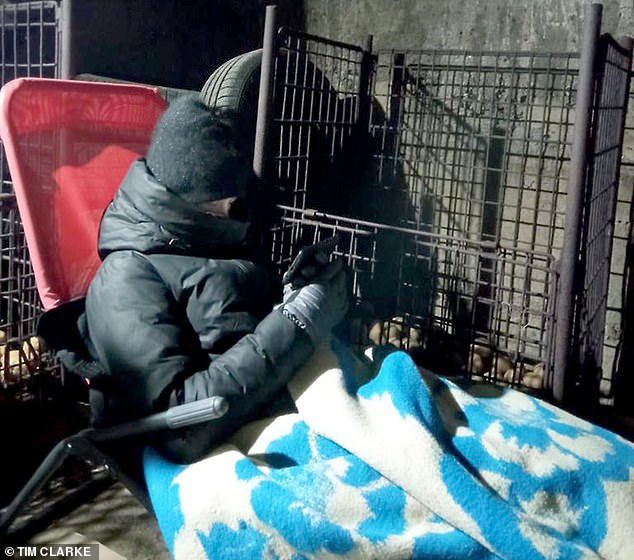 Speaking to MailOnline by mobile phone, grandmother Tatiana has revealed the horror of living underground while Russian and Ukrainian forces fight to the death above her 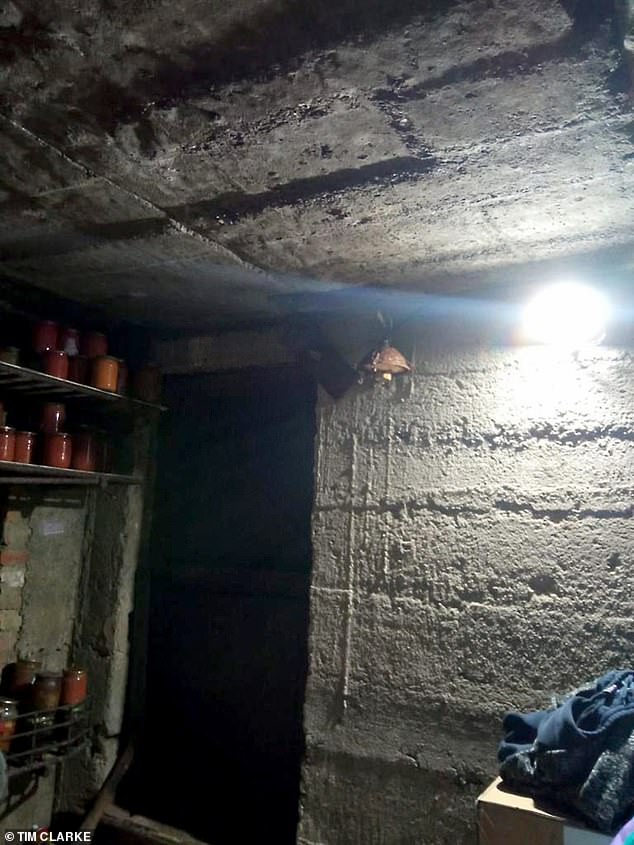 Tatiana said: ‘The whole city is blocked. Ukraine and Russia are at war so I must live in the cellar. It is cold, dark and dusty but it is the only safe place when the bombs are falling’

Last night Tatiana was struggling to stay in touch with her family and friends after a power cut robbed her town of electricity.

She must risk going above ground to charge her mobile phone from her car.

And 60-year-old and her family now face greater danger after the Russian army placed its artillery and missile launchers in residential areas – turning the local population into human shields.

Speaking from her cellar Tatiana told MailOnline: ‘We are still alive and relatively in order but we cannot leave the city.

‘Russian soldiers are in the city, the have blockaded the city and do not let anyone leave.

‘We are being used as hostages.

‘They have a lot of military equipment and they hide it between residential buildings were people live and in the courtyard of the houses so that our military won’t shoot at them.’

Dmytro Zhyvytsky, head of the Sumy Regional Military Administration, said: ‘In one of the village of the Trostyanets community, which today was occupied by Russian invaders, along the main street and almost every courtyard, there is a Russian tank.

‘The Russian army created a “human shield” from the villagers.’

VIDEO: Angry rhino chases conservationists who are forced up a tree