UN says it has been unable to distribute aid to refugees since southern separatists overran most of the coastal city. 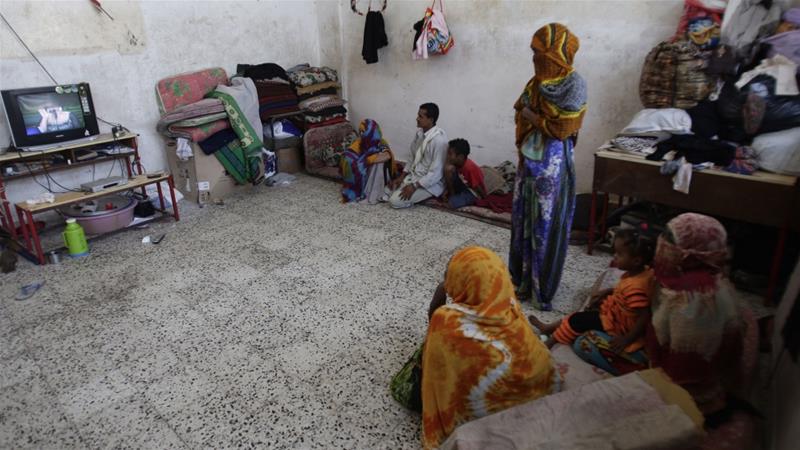 The United Nations has expressed concern for more than 40,000 displaced Yemenis who had sought refuge in Aden, saying it had been unable to distribute aid since southern separatists overran most of the city at the weekend.

“We are extremely concerned by the violence we have seen over the last couple of days, especially the armed clashes between the so-called Southern Transitional Council (STC) and government forces,” UN spokesperson Stephane Dujarric told reporters in New York.

“We’ve seen reports of a large number of dead, injured,” he said.

“We call on all parties to abide by their obligations under international humanitarian law … and it’s paramount that civilians are protected and that the wounded are afforded safe medical care and that all sides facilitate life-saving access.”

Fighters from the Southern Resistance Forces (SRF), the armed wing of a political movement demanding secession for southern Yemen, seized most of Aden earlier this week, with the help of the United Arab Emirates.

The separatists had fought alongside the government of President Abd-Rabbu Mansour Hadi against Houthi rebels who control large parts of the north, but “rebelled” on Sunday after Hadi refused to sack his prime minister.

The separatists accused Prime Minister Ahmed bin Daghr and his cabinet of “rampant corruption” resulting in a “deteriorating economic, security and social situation never before witnessed in the history of the south”.

But by Tuesday evening, in an interview with France 24 Arabic, they affirmed their support for Hadi’s “legitimate” government and the Saudi-led coalition at war in Yemen, but also reaffirmed their commitment for a southern state free of any northern forces.

By Wednesday afternoon, residents told Al Jazeera that a semblance of normality had returned to the city, with banks and businesses reopening after the three days of intense fighting.

A military source told Al Jazeera that the SRF handed back two military bases to forces loyal to Hadi, but were still deployed around a-Mashaiq Palace where the prime minister and government reside.

The source said the group gave back the al-Sawlaban military base in Aden’s Khormaksar district and a base belonging to the Fourth Brigade in Dar Saad that was bombed by the UAE on Tuesday.

However, it was unclear whether the SRF had returned tanks, armoured vehicles and other heavy weaponry they had seized from the facilities.

As of Wednesday, the fighting had killed at least 38 people and wounded more than 200, according to the International Committee of the Red Cross.

Events in Aden have exposed deep divisions between Hadi’s government and the UAE.

The UAE entered Yemen’s war in March 2015 as part of a Saudi-led coalition seeking to roll back advances made by Houthi rebels after they overran much of the country, including the capital Sanaa, in 2014.

Nearly three years on, the coalition has failed to achieve its stated aim of restoring the “legitimate” government of Hadi.

Saudi Arabia has said it “wants out” of the costly exercise, but the UAE has become more involved in the conflict, indicating a divide in the two countries’ agendas.

The UAE has financed and trained armed groups in the south who answer to it, and set up prisons and created a security establishment parallel to Hadi’s government, according to Human Rights Watch.