A university is to review its decision to name a lecture theatre after a BBC broadcaster who said transgender women aren’t ‘real women’.

Woman’s Hour host Jenni Murray made the comments in a Sunday Times article last year under the title ‘Be trans, be proud – but don’t call yourself a ‘real woman’.

The university said it is reviewing its decision following protests over her comments by outraged students, supported by Hull University Union, at a talk held there last night, the BBC reported. 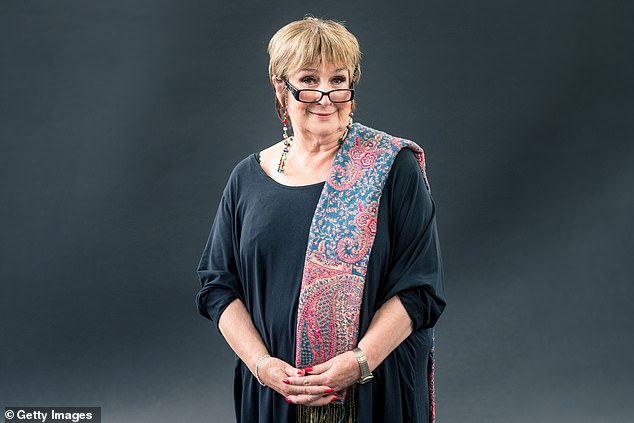 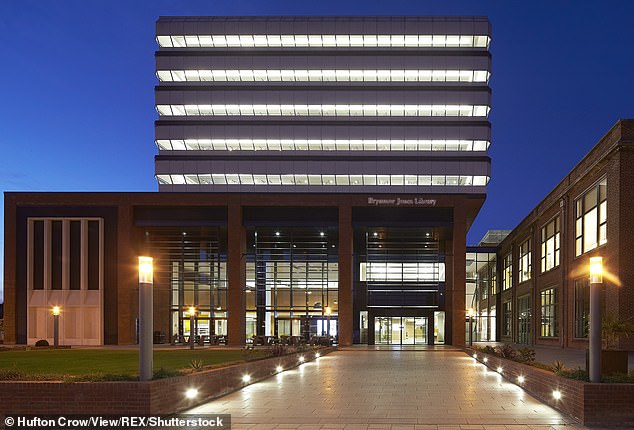 The University of Hull is honouring Jenni by naming a lecture theatre after her. Pictured, Brynmor Jones Library, University Of Hul

A statement issued by the Student President team said: ‘We oppose the naming of a lecture theatre after Jenni Murray.

‘We do not believe that someone who holds these views should be presented as a role model to students.’

The university said Dame Jenni had been chosen in recognition of her ‘distinguished career as a broadcaster and journalist’.

However, it added that as a university ‘striving to accelerate our equality, diversity and inclusion agenda’ it would take feedback from staff and students into account as part of a ‘comprehensive review’ of the decision.’

Others took to Twitter to slam the university for choosing to honour her.

Disabled student officer and transgender student Jess Clunan said: ‘As a trans student, can I ask why I’ll soon be forced to attend lectures in a theatre named after someone who doesn’t believe I am a woman????’

A spokesman for the Hull University Union said last night: ‘We are aware of comments on social media over the weekend about the naming of a lecture theatre after Jenni Murray and her attendance at a Women in Leadership event this evening.

‘We stand with our trans students and the wider trans community in their right to identify however they wish.

‘We oppose the naming of a lecture theatre after Jenni Murray and will no longer be supporting the event this evening.

‘We do not believe that someone who holds these views should be presented as role model to students and are disappointed that despite being aware of Jenni’s published views and our stance, the University are continuing with the naming event.

‘We have all signed a motion to oppose the naming of the lecture theatre which has been submitted by a student to Union Council.

‘We will be actively lobbying the university to reverse their decision.’

Jenni had been invited to speak at the talk but it is not clear if she attended.

A University of Hull spokesman previously said the decision to rename a lecture theatre after Dame Jenni Murray was in recognition of her career as a broadcaster and journalist.

He added they would be inviting further feedback from the staff and student population with regards to the decision.

He said the event was to showcase inspirational woman who spoke about their experience of leadership in their diverse careers.

The spokesman added: ‘In recent days, some of our staff and students have expressed concern about this decision, particularly in light of comments made by Dame Jenni in 2017 in relation to transgender issues.

‘As a university striving to accelerate our equality, diversity and inclusion agenda, we will take these views into account.’

It comes after she pulled out of a recent University of Oxford event at Oriel College following backlash from students their about the same comments.

Representatives for  Dame Jenni, who studied French and drama at the university, has been contacted for comment.

She said in the Sunday Times last year: ‘It takes more than a sex change and make-up’ to ‘lay claim to womanhood’.

She wrote: ‘I know that in writing this article I am entering into the most controversial and, at times, vicious, vulgar and threatening debate of our day. I’m diving headfirst into deep and dangerous waters.’