Home » Vaccinated Americans can holiday in Europe this northern summer

Washington: A top European Union official says that Americans who have been vaccinated against COVID-19 should be able to travel to Europe by the northern summer, easing existing travel restrictions.

European Commission President Ursula von der Leyen told The New York Times that the union’s 27 members would accept, unconditionally, all those who are vaccinated with vaccines that are approved by the European Medicines Agency. The agency has approved the three vaccines used in the United States, the Moderna, Pfizer and Johnson & Johnson shots

“The Americans, as far as I can see, use European Medicines Agency-approved vaccines,” von der Leyen said. “This will enable free movement and travel to the European Union.” 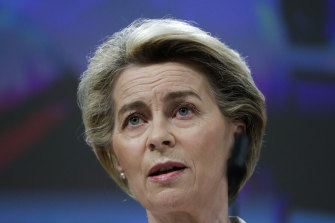 She did not say exactlty when travel could resume. The EU largely shut down nonessential travel more than a year ago.

European Union countries agreed this month to launch COVID-19 travel passes that would permit people who have been vaccinated against the disease, recovered from an infection or have tested negative to travel more easily.

Greece has already forged ahead with its own travel bubble for vaccinated travellers, with quarantine waivers for those who can show proof of vaccination from 33 countries, ahead of the country’s formal reopening on May 14.

Italy is no outlier, it’s a frontrunner. These nations are set to follow